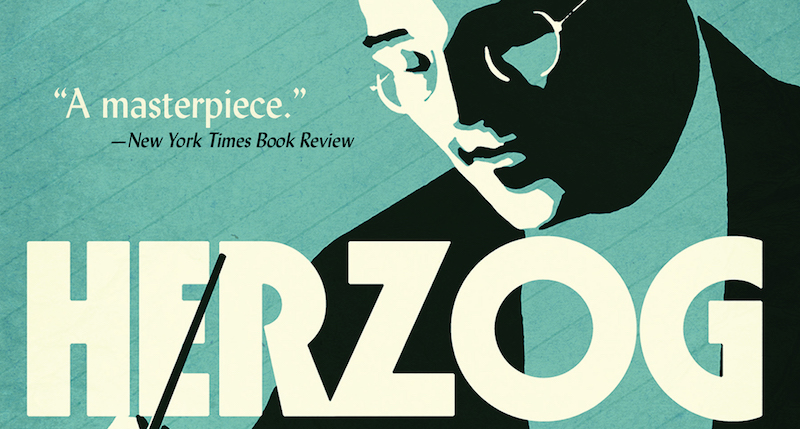 "We love apocalypses too much": On Saul Bellow's Herzog 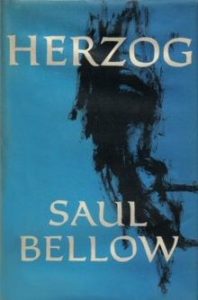 Unexpected intrusions of beauty. This is what life is.

“Over the past 10 or 15 years, Jewish writers—Bernard Malamud, J.D. Salinger, Norman Mailer, Philip Roth, inter alia—have emerged as a dominant movement in our literature. Herzog, in several senses, is the great pay-off book of that movement. It is a masterpiece, the first the movement has produced (unless Henry Roth’s magnificent try at a masterpiece, Call It Sleep, written in the 1930s, can somehow be brought into the picture), and it is Bellow’s most Jewish book. There are no gentiles in it. It is full of Jewish wit, humor, pathos, intellectual and moral passion, hipness about European social thought and foreign literatures. Like the prophets, Herzog cries out for ‘a change of heart,’ and like all Jews in this generation, he feels himself to be a survivor with the responsibility of testifying to the continued existence of values which the Eichmanns had tried to send up in the smoke of burning flesh.

Herzog is a great book because it has great characters. First, Herzog himself. He wanders about, distracted, charming and nervy, a kind of intellectual Oblomov on the run, a Pierre Bezhukhov of the thermonuclear century. His mood shifts in great swoops and glides; he revisits imagination the scenes of his broken marriages, his broken career, his childhood. He disappears from New York, turns up in Vineyard Haven, flies to Chicago, where, gun in hand, he spies through a window his ex-wife’s lover bathing Herzog’s own small daughter and realizes he can never seize the swift logic of the assassin. 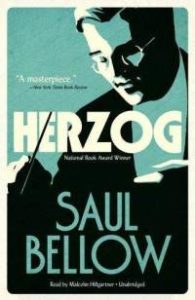 “At the last he comes back to the Massachusetts farmhouse where owls roost on the posts of his former marriage bed and the toilet bowl contains the tiny skeletons of birds. Throughout his mental and physical journeying, he has been composing letters—to friends and enemies, professional rivals and colleagues, to General Eisenhower and Friedrich Nietzsche, to his second wife Madeleine, to a woman named Wanda with whom he had a brief affair during a foundation-sponsored lecture tour in the Iron Curtain countries.

The letters are cranky, brilliant, poignant and, of course, they are never sent. As the electricity at the farm is switched on by a local handy man, Herzog at last quiets down: ‘At this time he had no messages for anyone. Nothing. Not a single word.’ He is written out for the time being, like his creator: he is bare but not barren. The book, composed throughout in the tonality of Herzog’s voice and consciousness goes silent. But we know that the voice, which, for all its wildness and strangeness and foolishness is the voice of a civilization, our civilization, has been recorded for posterity. 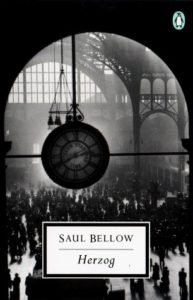 “Some of Herzog’s letters are playful, some are pixilated; but all of them are, in the last analysis, responsible. Taken together they compose a credo for the times. Through his nervous and distracted hero Bellow appears to me to be saying this:

The age is full of fearful abysses. If people are to go ahead they must move into and through these abysses. The old definitions of balance and sanity do not help on this journey, but the ideals these terms gesture at remain, even though they require fresh definition. Love still counts, justice still counts, and particularly intellectual and emotional courage still count. The book reserves its sharpest criticism for those people—and no doubt they are to be found among public men as well as among theologians and artists—who try to cope homeopathically with the threat of violence under which we all live by cultivating an analogous, imaginative violence or intemperate despair. As Moses E. Herzog says in his manner of ‘strange diatribe’:

‘We love apocalypses too much…and florid extremism with its thrilling language. Excuse me, no, I’ve had all the monstrosity I want.’

And of course laughter still counts. Dr. Strangelove’s cry, ‘Look, mein fuehrer, I can walk!’ has reminded people that a sick joke in a sicker world may act as a healing medicine. So it is with Herzog. He is sick and he makes for health.

What I have given is a crude paraphrase. Bellow’s argument is new and perennial. The book is new and classic, and its publication now, after the past terrible year, suggests that things are looking up for America and its civilization.”