"Lolita is a truly great book, and as such we should all do it the courtesy of treating its every element as though it matters, up to and including the plot" 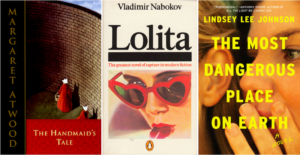 Book Marks:  What classic book would you love to have reviewed when it was first published?

Constance Grady: That’s a dangerous question that I have considered a lot. Part of the fun of reading old negative reviews of books that are now considered unimpeachable is that you can imagine yourself to be superior to the past reviewer: I certainly, I tell myself, would never have remarked that The Handmaid’s Tale “doesn’t scare one, doesn’t wake one up,” as Mary McCarthy did in 1986, because I have the good sense to live in the present, where my opinions are obviously correct and The Handmaid’s Tale has become eerily relevant. But of course that belief is nonsense: my opinions have all kinds of holes and inconsistencies in them that will probably become glaringly obvious in the next five years, and it’s entirely plausible that I would have said something stupid about The Handmaid’s Tale in 1986.

If in this fantasy I am allowed to review the book when it was published but with all my modern theoretical baggage and knowledge of feminism intact, then I would review Lolita. If I got my review in early enough, maybe I would be able to nip in the bud the common critical stance that it is childish to engage with the fact that Lolita is a book about child rape because the only thing that matters is the language. Lolita is a truly great book, and as such we should all do it the courtesy of treating its every element as though it matters, up to and including the plot.

CG: The Most Dangerous Place on Earth by Lindsey Johnson is a gorgeous portrait of a high school class in all its mildly sociopathic glory, told with an eye for the perfect cringe-inducing detail. (The class loser wears his T-shirts tucked into sweatpants stained with fruit punch. Can’t you just see him?)

CG: That critics get to read all day. I wish! I would like to spend more time reading books than I do, but I actually have to spend a lot of my time tracking the news and seeing what ideas the cultural conversation is currently circling around. To write a review that’s really engaged with the wider cultural context, you need to know what else is going on out there.

CG: This isn’t a question I can answer firsthand, because I’ve only been a book critic in the age of social media. But it seems clear that social media has been both a blessing and a curse for book criticism. On the one hand, the journalistic landscape social media helped create doesn’t have lots of space for book reviews: They don’t get all that many clicks, so not many outlets are willing to devote resources to them. On the other hand, social media helps to amplify voices, meaning that if you’re someone who does want to read book reviews, it’s easier to find the people who write the ones you like, and to start conversations with them.

CG: I’ve adored Parul Sehgal for years, and I’m delighted that the New York Times promoted her to daily critic. She writes with incredible joy and enthusiasm that never manages to get in the way of her analysis; you can just feel how much she loves words and loves thinking deeply about words.

Constance Grady is a culture critic and staff writer for Vox.