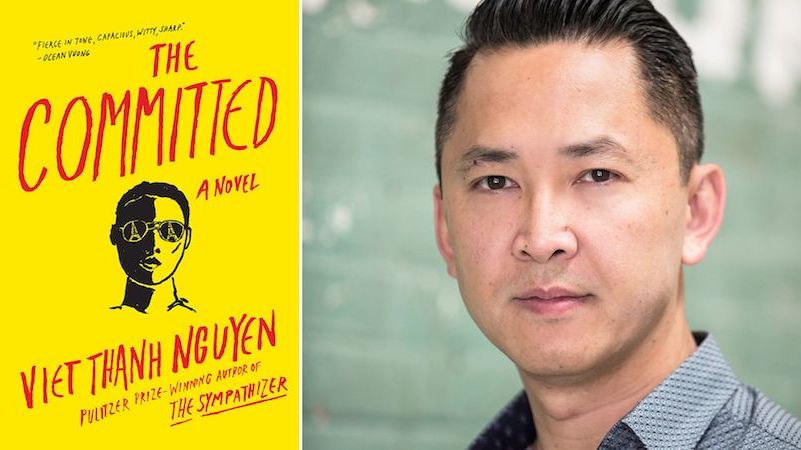 10 rapid-fire book recs from the author of The Committed

This week, we spoke to the Pulitzer Prize-winning author of The Sympathizer and The Committed, Viet Thanh Nguyen.

Viet Thanh Nguyen: Ralph Ellison’s Invisible Man. In The Sympathizer and The Committed, I take up his inspiration and also try to go where he does not go.

VTN: António Lobo Antunes’ The Land at the End of the World, a dense, imagistic novel of war and memory that was a stylistic touchstone for The Sympathizer.

VTN: Louise Erdrich’s The Night Watchman. I’ve been reading her for nearly thirty years. One of her best.

VTN: Don Mee Choi’s DMZ Colony won the National Book Award in poetry, deservedly so. A stark and haunting work about the devastations of war and its aftermath.

VTN: Does it have to be a book I finished? Because I tried and could not finish The Golden Bowl by Henry James and The Magic Mountain by Thomas Mann. I was much younger and a student back then, so maybe I’m better equipped to approach them now.

VTH: See The Land at the End of the World.

VTN: Alice Walker’s The Color Purple. I read it in a mostly white, all-boys Jesuit high school, so the contrast was illuminating, to say the least.

VTN: Jennifer Nansubuga Makumbi’s A Girl is a Body of Water. A big, sprawling novel of girlhood and womanhood in Uganda, written in a captivating voice.

VTN: The Tintin series. I know it’s problematic in our age, when its political and cultural biases are so evident, but I loved the whole series as a kid, from its mesmerizing art to its compelling stories. Now, looking at what my son is reading, I’d choose the Dogman series. How can you not love a series with titles like Fetch-22 and For Whom the Ball Rolls?

Viet Thanh Nguyen was born in Vietnam and raised in America. He is the author of The Committed, which continues the story of The Sympathizer, awarded the 2016 Pulitzer Prize in Fiction, alongside seven other prizes. He is also the author of the short story collection The Refugees; the nonfiction book Nothing Ever Dies, a finalist for the National Book Award; and is the editor of an anthology of refugee writing, The Displaced. He is the Aerol Arnold Professor of English and American Studies and Ethnicity at the University of Southern California and a recipient of fellowships from the Guggenheim and MacArthur foundations. He lives in Los Angeles.