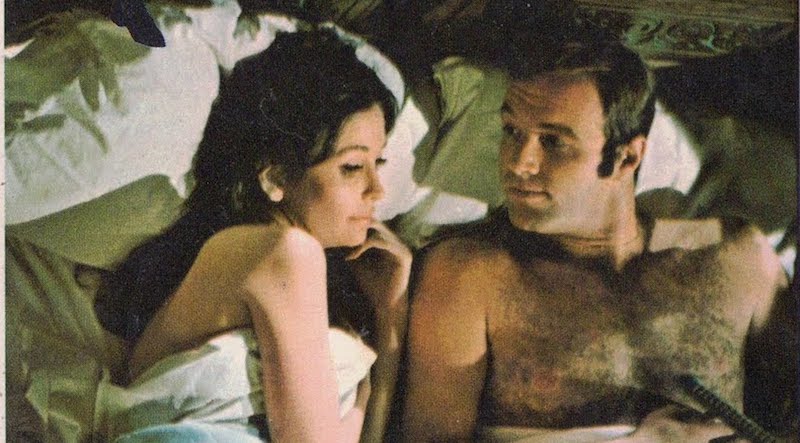 "...a tender and discerning study of the desperate and the hungering in our midst ... Updike, still only 28 years old, is a man to watch."

Today marks the 60th publication anniversary of Rabbit, Run, and therefore the public unveiling of John Updike’s most famous character: Harry “Rabbit” Angstrom—the malcontented middle-class everyman who would follow his creator through five books over the next fifty years.

To mark the occasion, here’s one of the very first reviews of the then-twenty-eight-year-old Updike’s breakout work. 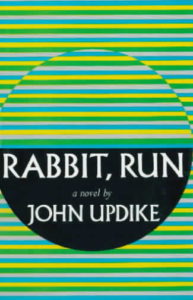 Everybody who tells you how to act has whiskey on their breath.

“At the beginning of this moving and often brilliant novel, ‘Rabbit’ Angstrom quietly watches a group of boys playing basketball. Then, shedding his coat, he joins them at play, demonstrating superbly the virtuosity that eight years earlier had made him the star of his high school team. This opening defines the mood of nostalgia and unquiet adulthood that characterizes John Updike’s Rabbit Run.

Rabbit is an older and less articulate Holden Caulfield. An urban cipher, he is trapped by wife, baby, an uncongenial job as demonstrator for a new kitchen utensil.

‘You get the feeling,’ he says, ‘you’re in your coffin before they’ve taken your blood.’ Like his younger prototype, he is an uneasy picaresque hero who discovers that you can run but cannot really flee. And in back of all the restlessness there is an unslaked thirst for spiritual truth. 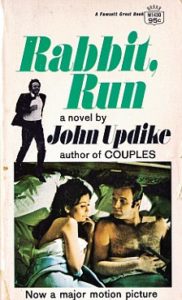 “This is the stuff of shabby domestic tragedy—and Mr. Updike spares the reader none of the spiritual poverty of the milieu. The old people are listless and defeated, the young noisily empty. The novel, nevertheless, is a notable triumph of intelligence and compassion; it has none of the glib condescension that spoils so many books of this type. The characters have an imposing complexity.

“The author’s style is particularly impressive: artful and supple, its brilliance is belied by its relaxed rhythms. Mr. Updike has a knack of tilting his observations just a little, so that even a commonplace phrase catches the light. The prose is that rarest of achievements: a perfectly pitched voice for the subject. 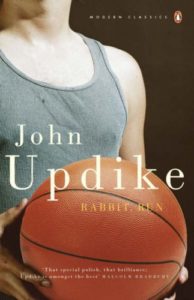 Rabbit, Run is a tender and discerning study of the desperate and the hungering in our midst. A modest work, it points to a talent of large dimensions—already proved in the author’s New Yorker stories, and his first novel, The Poorhouse Fair. John Updike, still only 28 years old, is a man to watch.”