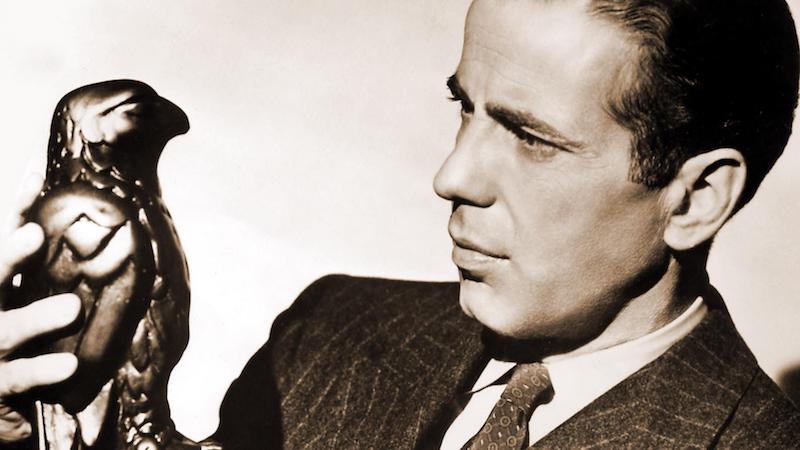 Mud and Blood and Death and Deceit: Dashiell Hammett's The Maltese Falcon

On the anniversary of Hammett's death, we take a look back at three of the earliest reviews of one of the most iconic detective stories of all time 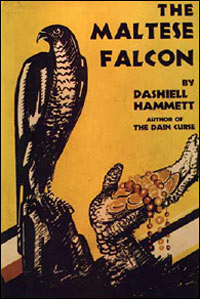 “My way of learning is to heave a wild and unpredictable monkey-wrench into the machinery.”

“Another young man has come out of the west, this one bringing with him a brand new fiction detective to join the company of Sherlock Holmes, Philo Vance, Craig Kennedy and the other paper sleuths who have or have not had as many fan followers as a movie star.

The young man is Dashiell Hammett of San Francisco; his character, Sam Spade, and the book he appears in The Maltese Falcon. In a season crowded with detective fiction Hammett’s book, which has just been published, bowled over reviewers, critics, and detective fiction fans. The reason is not hard to find. Hammett, so far as is known, is the only writer of detective stories who was ever a real detective himself. His book is the standard detective story told realistically.

For ten years Hammett was a Pinkerton man in Philadelphia and San Francisco. Among the celebrated cases he worked on was the defense of Fatty Arbuckle.

Hammett’s lungs gave him trouble. Trailing bank robbers and the irregular hours of detecting did not help his health. So, several years ago, he quit sleuthing to try his hand at detective stories…

Hammett is a tall slender chap, in appearance not unlike his hero, Sam Spade. He was born 36 years ago in St. Mary’s county, Maryland. He sold papers in Philadelphia and Baltimore; worked as a junior clerk in an advertising office; was a stevedore, and a railroad messenger before turning detective.

Asked how he became a detective he explains: ‘A firm of stockbrokers had fired me because I not only could seldom get the the same approximate total out of any column of figures twice in succession, but still seldom managed to get down early enough in the day to make any of my mistakes before noon. A week or so later, hunting for a job, I answered an enigmatic want-ad, and thus became a Pinkerton operative.’

The ‘Op,’ as Hammett sees him, is ‘a little man going forward day after day though mud and blood and death and deceit—as callous and brutal and cynical as is necessary—towards a dim goal, with nothing to push or pull him towards it except that he’s been hired to reach it.'” 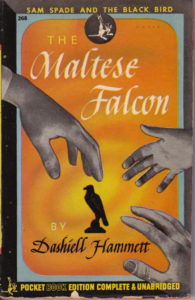 “Every once in a while one reads a mystery story where the mystery remains until the end of the tale. Such a book is The Maltese Falcon, for after reading it one still wonders whether the hero is a hero or a deep-dyed villain.

Written by a former operative for a world-famous detective agency, this story deals with the adventures of Sam Spade, a private detective operating on the edge of the law and sometimes crossing it. Double crossings are even more common than the murders in The Maltese Falcon and Spade plunges ahead in his drive to outwit three factions struggling for possession of one thing.

Drink, women, drugging and police interference fail to drive him from pursuit of this one objective. Murders strew the path of this story, a liner is mysteriously burned, several persons are drugged and Spade gains his objective. The story is one which kept this reader out of bed until early morning to finish it.” 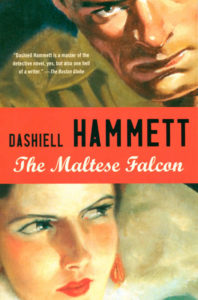 “Among the host of authors of detective novels now writing, few can be better equipped than Dashiell Hammett, an Englishman, brought up in the States, who joined the Pinkerton National Detective Agency as an ‘operative.’ The effects of war service caused him to discontinue ‘sleuthing,’ and he started to write. The Maltese Falcon is an indication that he has found his vocation.

The Maltese Falcon is the best thing its gifted author has done. This is more than a terrifically interesting yarn; it is a real contribution to literature.”