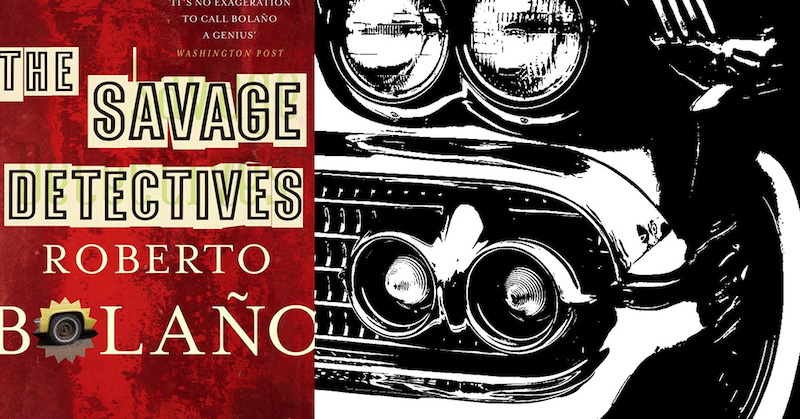 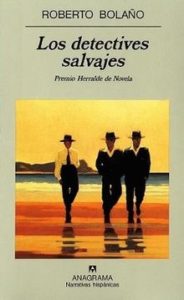 “Over the last few years, Roberto Bolaño’s reputation, in English at least, has been spreading in a quiet contagion; the loud arrival of a long novel, The Savage Detectives, will ensure that few are now untouched. Until recently there was even something a little Masonic about the way Bolaño’s name was passed along between readers in this country; I owe my awareness of him to a friend who excitedly lent me a now never-to-be-returned copy of Bolaño’s extraordinary novella By Night in Chile. This wonderfully strange Chilean imaginer, at once a grounded realist and a lyricist of the speculative, who died in 2003 at the age of 50, has been acknowledged for a few years now in the Spanish-speaking world as one of the greatest and most influential modern writers. 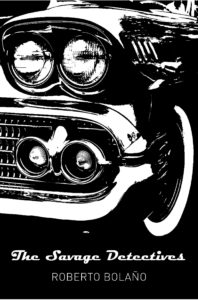 “It will not surprise you to learn that Roberto Bolaño wrote poetry before he wrote fiction. Even in a long novel like The Savage Detectives, his favorite unit is the discrete, Browning-like monologue, not the extended scene. He was born in Chile in 1953, but came of age in Mexico City, where his family had moved in 1968. Returning to Chile in 1973 to help with the socialist revolution as he saw it, he was caught in the Pinochet coup and briefly arrested. He went back to Mexico, where he published two books of verse, and then began a long period of displacement and travel and drug-taking and odd jobs in France and Spain. He died of liver failure, in Barcelona, a far violin among near balalaikas (to adapt Nabokov’s words on a fellow exiled writer). He knew time was short: the fiction that is currently being translated — there are more novellas to come, and a huge novel, 2666, will appear in English next year — was written in a spasm of activity in his last years.

The Savage Detectives was published in 1998, but its heart belongs to the Mexico City of the mid-1970s, when Bolaño was an avant-garde poet bristling with mad agendas. Like much of his work, the novel is craftily autobiographical. Its first section is narrated in the form of a diary, by a 17-year-old poet named Juan García Madero who is on the make, erotically and poetically, and who has been asked to join a gang of literary guerillas who have named themselves the ‘visceral realists.’ 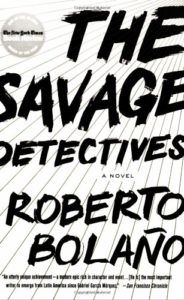 “A novel all about poetry and poets, one of whose heroes is a lightly disguised version of the author himself: how easily this could be nothing more than a precious lattice of ludic narcissism and unbearably ‘literary’ adventures! Again, Bolaño skirts danger and then gleefully accelerates away from it. The novel is wildly enjoyable (as well as, finally, full of lament), in part because Bolaño, despite all the game-playing, has a worldly, literal sensibility. His atmospheres are solidly imagined, but the tone is breezy and colloquial and amazingly unliterary — Gide’s novel about writers, The Counterfeiters, comes to mind, or better, a kind of Latinized Stendhal, whose characters just happen to be writers (Bolaño often warmly invoked Stendhal). He places us there, in Mexico City, and reminds us of the excitement and boredom, the literary pretentiousness and ignorance, the erotic ambition and anxiety of being a young writer or reader in the company of like-minded friends. The juvenile diarist who is our guide can write things that made this reader, at least, wince in painful recognition. 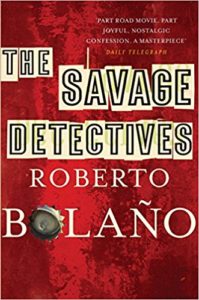 “The visceral realists conduct ‘purges,’ steal books (I particularly liked the sound of the Rebbeca Nodier Bookstore, whose owner is conveniently blind), write and read and have sex and attitudinize. Life is a heaven’s kitchen, with everything simultaneously on the boil. ‘It’s incredible how much free time Mexicans have,’ one character claims. The young diarist falls in with a mad family and loses his virginity to one of the daughters, María Font. Meanwhile, Ulises Lima and Arturo Belano have become peculiarly obsessed with a poet from the 1920s named Cesárea Tinajero, a surrealist and modernist who belonged to the forerunners of the later visceral realists. Her work is revered by other writers from that period, but is nowhere to be found. She herself seems to have disappeared into the Sonoran Desert. Lima and Belano, accompanied by the young diarist and a prostitute, set out on a quixotic hunt for their equivalent of Quixote’s Dulcinea. 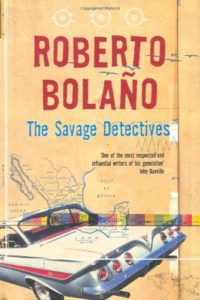 “The Savage Detectives is both melancholy and fortifying; and it is both narrowly about poetry and broadly about the difficulty of sustaining the hopes of youth. Bolaño beautifully manages to keep his comedy and his pathos in the same family. For instance, it is at once very funny and oddly appalling that not once does Bolaño quote a single poem of Lima or Belano. We know their careers were not hoaxes (some of the witnesses speak of reading poems by the young men); but were they dreams? What kind of actual poetic talent inflated the ballooning ambition of these young writers? 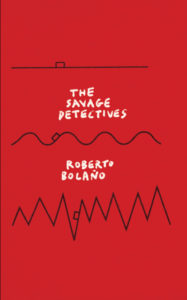 “A Mexican academic, interviewed late in the novel, says that hardly anyone remembers the visceral realists anymore. Many are dead. Lima, he says, is living in Mexico City. ‘About Arturo Belano,’ he says, ‘I know nothing.’ This is finally how the novel makes good on its playful, postmodern impulses. Roberto Bolaño’s alter ego, Arturo Belano, whose life so closely shadows Bolaño’s own (night watchman and dishwasher, life in Paris and Barcelona, and so on), disappears from the story — to re-emerge, of course, as the man willing to ‘commit the vulgarity of writing stories,’ the man who triumphantly wrote this marvelous, sad, finally sustaining novel. Truly, it is as if he is there but at the same time isn’t there.”