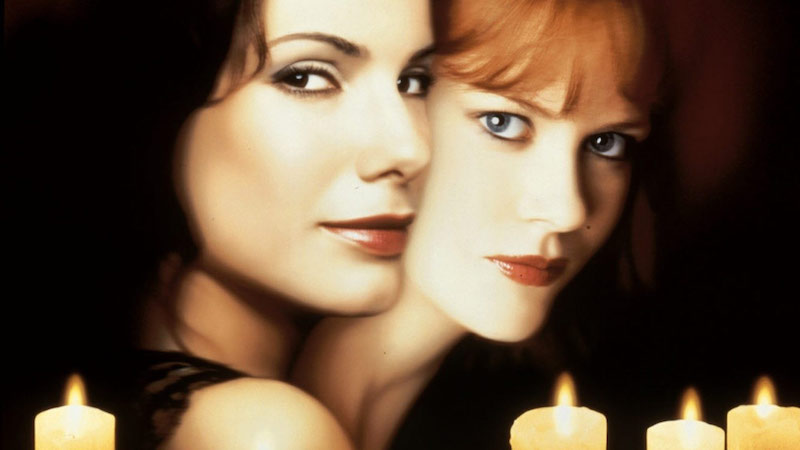 "They don't have time for lives of quiet desperation—they're too busy subduing ghosts and trying to figure out how much nightshade it takes to kill a grown man." 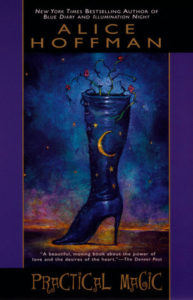 “My darling girl, when are you going to realize that being normal is not necessarily a virtue?

It rather denotes a lack of courage.”

“Suburbia is where Alice Hoffman goes for a taste of dark magic. There’s something about those winding streets lined with identical houses that sets her to imagining witches, magicians, black cats, wicked crows, helpful toads, spells, hexes, presentiments. The people in her latest novel, Practical Magic, live in a world of incantations and Formica, magic potions and linoleum. They don’t have time for lives of quiet desperation—they’re too busy subduing ghosts and trying to figure out how much nightshade it takes to kill a grown man.

‘For more than 200 years, the Owens women have been blamed for everything that has gone wrong in town,’ the story begins. ‘If a damp spring arrived, if cows in the pasture gave milk that was runny with blood, if a colt died of colic or a baby was born with a red birthmark stamped onto his cheek, everyone believed that fate must have been twisted, at least a little, by those women over on Magnolia Street.’

The two girls staring from the attic window of the big, spooky house on Magnolia Street are the youngest Owens sisters, Sally and Gillian, just 13 months apart in age but so different from each other that their aunts, who are raising these orphans, call them ‘Night and Day.’ Gillian is fair and blond, while Sally’s hair is ‘as black as the pelts of the ill-mannered cats the aunts allowed to skulk through the garden and claw at the draperies in the parlor.’ The Massachusetts town where Sally and Gillian live with their elderly aunts is never named. My guess is it’s not far from Salem. 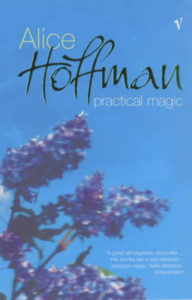 “As in her novel Seventh Heaven, the author creates a central scene in which a young woman heads for the suburbs in search of order and normality. In that earlier novel, she was fleeing a lousy marriage. In Practical Magic, it’s this character’s sister who’s unlucky in love. For herself, Sally is just looking for ‘a town where no one pointed when her daughters walked down the street.’ It’s no surprise, then, that after some portentous gusts of wind under dark and stormy skies, Gillian arrives on Sally’s doorstep. In the trunk of her car is the corpse of her handsome drug-dealer boyfriend. ‘It was an accident,’ she confesses. ‘More or less.’

There’s nothing else to do but plant the body in the garden, under the lilacs—and that’s when the trouble begins. After years apart, the sisters are once again in complicity. Ghosts begin walking at night. Garden plants behave strangely. The drug dealer’s soul will not rest. The sisters will have to summon up every piece of magic they know. 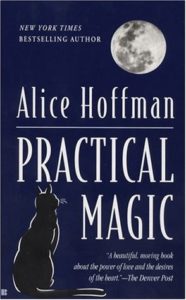 “An added complication comes, of course, in the shape of romance, for Gillian and for Sally. And always in the background is yet another man: Jimmy, the drug dealer, whose ghost all four Owens women can see … The tale of the Owenses’ struggle is charmingly told, and a good deal of fun. Dark comedy and a light touch carry the story along to a truly Gothic climax, complete with heaving skies and witchery on the lawn. Ms. Hoffman’s trademark narrative voice is upbeat, breathless and rather bouncy. She creates vivid characters, she keeps things moving along, and she’s not above using sleight of hand and prestidigitation to achieve her considerable effects. She plays tricks with the reader’s expectations by suddenly shifting tenses or passing the point of view around the room like a football. At one brief but memorable juncture, we see things through the eyes of a magician’s rabbit. 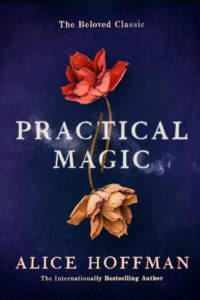 “The witches in this novel are not like Anne Rice witches, exactly, nor are they the brujas you meet in Like Water for Chocolate or the tales of the Latin American magic realists, despite the echoes you may hear. Alice Hoffman writes about women who have had their witchiness thrust upon them. They have children they love, dinner to get on the table, boyfriends who are bums or magicians or both. When they have problems, they try to solve them with a house in the burbs, a nice yard, regular living. But somehow these time-honored American solutions never seem to work. That’s when you need to send for those little old ladies in black.”