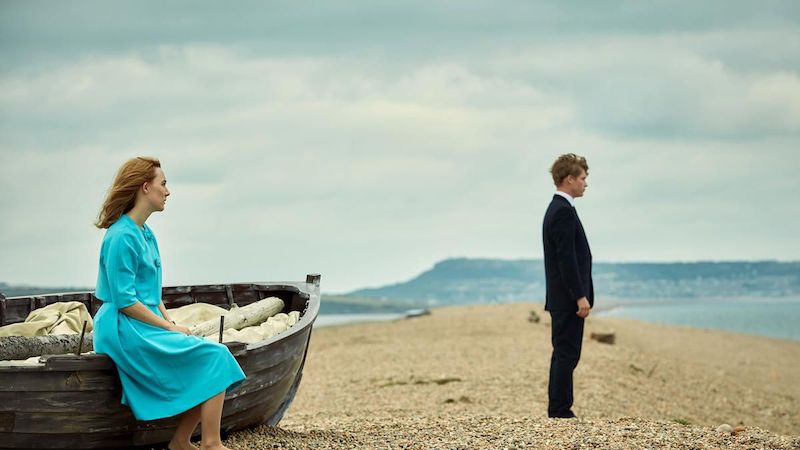 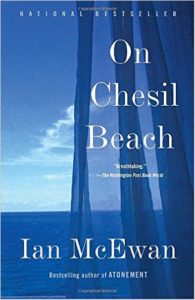 This is how the entire course of a life can be changed: by doing nothing.

“Our appetite for Ian McEwan’s form of mastery is a measure of our pleasure in fiction’s parallax impact on our reading brains: his narratives hurry us feverishly forward, desperate for the revelation of (imaginary) secrets, and yet his sentences stop us cold to savor the air of another human being’s (imaginary) consciousness. McEwan’s books have the air of thrillers even when, as in On Chesil Beach, he seems to have systematically replaced mortal stakes — death and its attendant horrors — with risks of embarrassment, chagrin and regret.

“The bulk of On Chesil Beach consists of a single sex scene, one played, because of the novel’s brevity and accessibility, in something like ‘real time.’ Edward and Florence have retreated, on their wedding night, to a hotel suite overlooking Chesil Beach. Edward wants sex, Florence is sure she doesn’t. The situation is miniature and enormous, dire and pathetic, tender and irrevocable. McEwan treats it with a boundless sympathy, one that enlists the reader even as it disguises the fact that this seeming novel of manners is as fundamentally a horror novel as any McEwan’s written, one that carries with it a David Cronenberg sensitivity to what McEwan calls ‘the secret affair between disgust and joy.’ 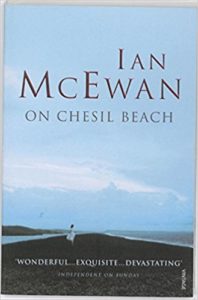 “McEwan’s mode is synthesis, his signature the reconciliation of diametric modes — scalpel observation and civilized compassion — into a persuasive and relaxed whole. His style, too easily taken for complacent, is recuperative. His confidence in the authority of his chosen form is absolute, which is why he conveys such dazzling authority of his own.

“Just before dawn he got up and went through to the sitting room and, standing behind his chair, scraped the solidified gravy from the meat and potatoes on his plate and ate them. After that, he emptied her plate — he did not care whose plate it was. Then he ate all the mints, and then the cheese. In the genuinely heartbreaking aftermath of the newlyweds’ disastrous night, our sympathies are in no way undermined by this late return to mutedly sniggering comedy, and body horror too (the solidified gravy recalling those vigorous but diminishing gouts). How Hitchcockian the linkage between food and sex. And what detail could speak more eloquently of the compulsive, cyclical humiliations of the life of our poor minds (stuck inside our bodies forever, until death do us part) than that we might make note of ourselves gobbling the mints before the cheese?”