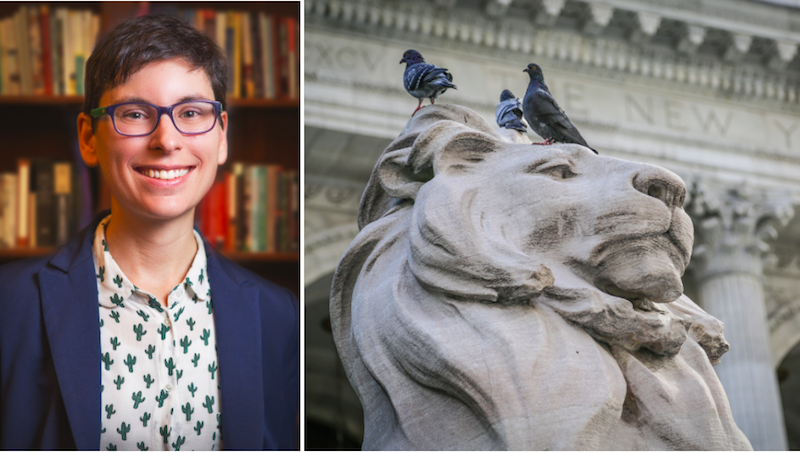 "I was 19 years old and got the most powerful lesson on the importance of libraries and archives as stewards of difficult, contested histories"

This week, we spoke to the New York Public Library’s Melissa Gasparotto 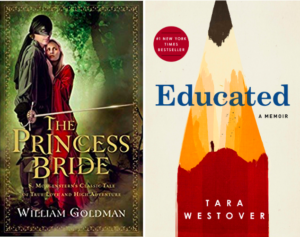 Melissa Gasparotto: Working in libraries made me want to be a librarian. I think the particular role that made things really click into place was at the Chicago Historical Society (now Chicago History Museum) Research Center, where I was a page 20 years ago. When I got my first call slip for an archival box, the emeritus archivist at the time, Archie Motley, offered to take me down to the archives and show me the ropes. After we got the box, he took me on a detour to show me the files of the Chicago Police Department Red Squad, which had for many years harassed and conducted illegal surveillance of political dissidents. I was 19 years old and got the most powerful lesson on the importance of libraries and archives as stewards of difficult, contested histories, and our obligation to help document all communities at risk. This and other experiences there also underscored the importance of generosity in mentoring others into the profession. I went on to become a librarian specializing in Latin American and Latina/o Studies, and I think about these issues every day.

Fun fact: I kept up a pen pal correspondence with my favorite patron from that job for almost 10 years after moving to New York!

MG: The closest recommendation to the front of my mind is often the most recent book I’ve finished that I loved. Lately I’m recommending Educated: A Memoir by Tara Westover, which I only just now got to reading. The library’s hold list is very long! She really captures the complexity of families in a way that feels extremely personal even as the particular circumstances she describes can be unfathomable.

But the book I recommend most often is probably William Goldman’s The Princess Bride: S. Morgenstern’s Classic Tale of True Love and Adventure! It’s my go-to air travel novel because it’s always available in airport bookstores and I’ve almost always loaned out my copy. I must have owned it at least a dozen times. Goldman’s book is so much better and funnier than the movie, which says a lot. Don’t skip the introduction, or the introduction to the introduction. When I was a kid, I really thought there was an author named S. Morgenstern, and once asked a librarian to help me find the correct Princess Bride edition because I didn’t understand why the catalog said the author was William Goldman.

MG: We don’t all maintain super organized book collections at home! My personal book collection is organized opportunistically: the most recently read books go wherever they happen to fit. It drives some of my non-librarian friends crazy, and I’ve caught at least one doing some sneak reshelving. But I love the feeling of constantly rediscovering things I’ve already read when I’m looking for something.

MG: Whenever a stranger learns that you’re a librarian, a good percentage of the time they’re going to ask you some burning question they’ve been sitting on. It’ll hit you out of nowhere. Once I was at a bar and the woman next to me started describing this beloved childhood book she hadn’t been able to track down, so naturally I promised to investigate. I used the details she’d given me to identify the book the next day and brought the citation back to the bar and left it with the bartender. Remarkably, the information eventually made its way back to her because we ran into each other years later and she remembered that it had been the right book!

MG: Our values as librarians include supporting the learning society. No matter what type of library you go to, and there are so many kinds of libraries, we are committed to helping you access the resources you need to continue to learn individually or together, and in so doing, benefit the larger community. And there’s a lot of trust in that relationship: we’re an institution that you can unreservedly believe in.

It’s tempting to talk about libraries only in these idealized terms, but I think it’s also important to note that there is wide variation in investment in libraries and the level of access provided to a given community across the country, and that includes public and academic libraries. We strive for equity of access, but it’s a constant effort and we still have a lot of work ahead of us.

MG: He’s not quite a librarian but I absolutely love the Blaine town historian in Waiting for Guffman. He has the dubious honor of relaying the somewhat sketchy history of the town to the documentarian, and is just so animated as he uses historical documents and artifacts to tell this utterly absurd story.

Melissa Gasparotto is Assistant Director of Research Services at The New York Public Library, where she sets direction for and coordinates services that facilitate user engagement with the research collections. When she’s not thinking about all things library, she’s either picking up another new hobby or reading in a hammock.