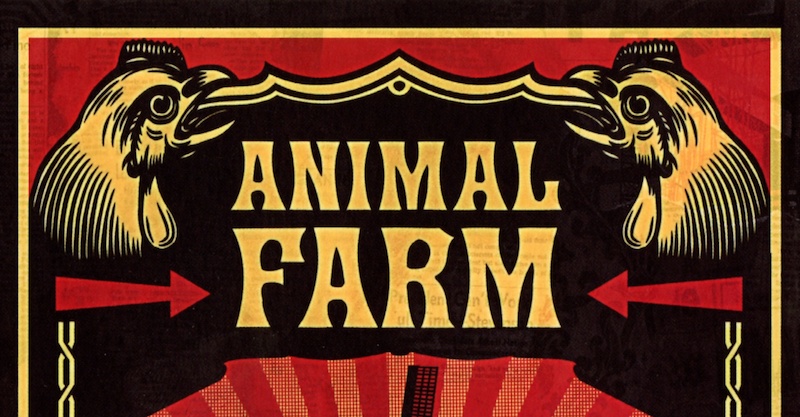 Back in 1946, one reviewer dismissed Orwell's iconic allegorical novel as "on the whole dull...a creaking machine...clumsy." 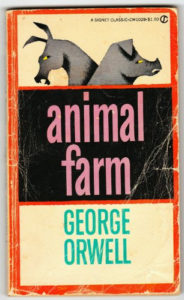 “There are times when a reviewer is happy to report that a book is bad because it fulfills his hope that the author will expose himself in a way that permits a long deserved castigation. This is not one of them, I was expecting that Orwell would again give pleasure and that his satire of the sort of thing which democrats deplore in the Soviet Union would be keen and cleansing. Instead, the book puzzled and saddened me. It seemed on the whole dull. The allegory turned out to be a creaking machine for saying in a clumsy way things that have been said better directly. And many of the things said are not instantly recognized as the essence of truth, but are of the sort which start endless and boring controversy.

“Part of the trouble lies in the fact that the story is too close to recent historical events without being close enough. Major, the aged pig who on his deathbed tells the animals of their oppression and prophesies revolution, must be Karl Marx. His two followers who lead the revolution, Napoleon and Snowball, are then readily identified as Lenin and Trotsky. This identification turns out to be correct in the case of Snowball, but the reader soon begins to puzzle over the fact that Napoleon disapproves the project of building a windmill—an obvious symbol for electrification and industrialization—whereas this was Lenin’s program. The puzzlement is increased when Napoleon chases out Snowball as a traitor; it was Stalin who did this. 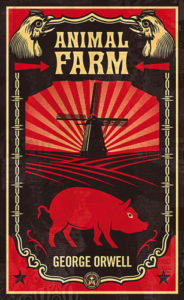 “And so it goes through incident after incident. The young dogs are alone selected for schooling; later they appear as the secret police. Is this a picture of Soviet education? The pigs not only keep the best food for themselves, but also become drunkards, taking over the pasture reserved for retirement of the superannuated in order to raise the necessary barley. Of course prohibition was abolished early in the revolution, but have the leaders drunk too much and has social insurance been abolished? There is a pathetic incident when Boxer, the sturdy and loyal old work horse, is sent off to be slaughtered and turned into dog food and bone meal, under the pretext that he is being hospitalized. Just what part of Soviet history corresponds to this?

Nobody would suppose that good allegory is literally accurate, but when the reader is continually led to wonder who is who and what aspect of reality is being satirized, he is prevented either from enjoying the story as a story or from valuing it as a comment. Masters like Swift and Anatole France, with whom Orwell is compared in the blurbs, were not guilty of this fault. They told good stories, the interest of which did not lie wholly in their caricature. And their satire, however barbed, was not dependent on identification of historical personages or specific events. 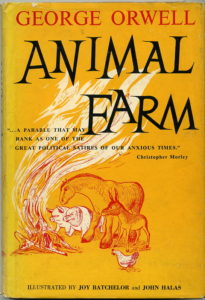 “The thoughtful reader must be further disturbed by the lack of clarity in the main intention of the author. Obviously he is convinced that the animals had just cause for revolt and that for a time their condition was improved under the new regime. But they are betrayed by their scoundrelly, piggish leaders. In the end, the pigs become indistinguishable from the men who run the other nearby farms; they walk on two legs, have double and triple chins, wear clothes and carry whips. Animal Farm reverts to the old Manor Farm in both name and reality.

No doubt this is what George Orwell thinks has happened in Russia. But if he wants to tell us why it happened, he has failed. Does he mean to say that not these pigs, but Snowball, should have been on top? Or that all the animals should have been merged in a common primitive communism without leaders or organization? Or that it was a mistake to try to industrialize, because pastoral simplicity is the condition of equality and cooperation? Or that, as in the old saw criticizing socialism, the possibility of a better society is a pipe-dream, because if property were distributed equally, the more clever and selfish would soon get a larger share and things would go on as of old? Though I am sure he did not intend this moral, the chances are that a sample poll of the book-club readers in the United States would indicate that a large majority think so and will heartily approve the book on that account. 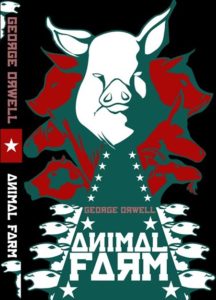 “There is no question that Orwell hates tyranny, sycophancy, deceitful propaganda, sheeplike acceptance of empty political formulas. His exposures of these detestable vices constitute the best passages in the book. There have been plenty of such abuses in Russia, They also crop up in other places. It is difficult to believe that they determined the whole issue of the Russian revolution, or that Russia is now just like every other nation. No doubt in some respects she is worse than most; in other respects she may be better.

It seems to me that the failure of this book (commercially it is already assured of tremendous success) arises from the fact that the satire deals not with something the author has experienced, but rather with stereotyped ideas about a country which he probably does not know very well. The plan for the allegory, which must have seemed a good one when be first thought of it, became mechanical in execution. It almost appears as if he had lost his zest before be got very far with the writing. He should try again, and this time on something nearer home.”