The NBCC President on In Cold Blood, White Male Critics, and Reasoned Criticism vs. Promotion 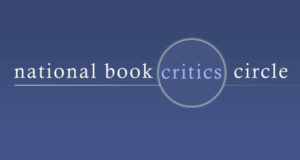 Kate Tuttle: That’s tough! I’m tempted to say Moby-Dick, because it’s one of the top five or ten books in my heart and mind and got such terrible reviews when it was first published—but I don’t think I could say anything about it that D. H. Lawrence didn’t already say when he redeemed it for us all in the 1920s. Can I name two of my favorite midcentury American books, both of which I adore and find deeply troubling? I wish I could have reviewed Nabokov’s Lolita, because so few women did. And I would have loved to have reviewed In Cold Blood, because it thrilled me to the core that Capote could write something he called a nonfiction novel (while at the same time, boy did it blur all kinds of lines between truth and untruth—I love that book with all my heart and also blame it for all kinds of authorial mischief in the intervening decades).

KT: While it wasn’t exactly unheralded—it was reviewed fairly widely—I felt that Gary Younge’s latest book, Another Day in the Death of America, should have gotten more attention than it did. Younge, a black British journalist who mostly writes for the Guardian, examines ten deaths by gunshot that took the lives of American children and teenagers over the course of a single day. It’s a painful book to read, but a necessary one, I think. Younge moves so gracefully from a very tight focus on the individuals involved to a wider look at the gun-loving society we all live in. The writing is brilliant and the book is frankly shattering.

KT: Mostly I think people at large have no idea this profession even exists! But for those in the book world, who know what critics do, I suppose there might be a misconception that book critics are super-solitary, introverts who just read all the time. While there certainly are a few famous critics who do their work mostly alone and don’t interact much with the wider literary world, I’ve met many more who are really fun, great talkers as well as great readers. One of the joys of joining the board of the National Book Critics Circle has been getting to know a lot of my fellow book reviewers in person. We have such wide-ranging and terrific conversations about books, about writing, about pretty much everything.

Also, while some might think being a critic implies a kind of negative or fault-finding mindset, I don’t see that among most critics I know—we tend to be very good cheerleaders for the books we love. That said, I like it when critics can write clearly and honestly about books they don’t love—we need reasoned responses to books, not just promotion.

KT: I think it’s become more integrated into a wider cultural conversation. A book critic working today must contend with a world in which more diverse voices are heard and the traditional gatekeepers have less power to enforce conformity. This is a really good thing. No longer is book criticism a bunch of white men reading books by white men and talking about them to other white men—though publishing in general has a long way to go before it truly reflects the world we live in! On the other hand, there’s a danger in being too involved in social media—a critic can lose the independence and distance she might need to really grapple with a book and render an honest review, if the author is someone she knows—and in today’s world, we can “know” each other via our online conversation. I try never to become friends with someone on social media before I review their book—once we have interacted a few times, I feel it influences me too much. I do tend to become friends online with people after I’ve reviewed them, which is kind of great.

KT: There are so many amazing critics right now. My favorites tend to be generalists, people whose curiosity ranges widely and who have the ability to draw connections among books, art, music, politics. Often I love critics with whom I might disagree when it comes to a particular book, but whose argument is so strong and original I have to respect it—and whose prose is appealing enough I’ll read whatever they have to say. I will read anything by Vinson Cunningham, a relatively new staff writer at the New Yorker, whose beat includes everything from books to sports to fashion. Ditto Michelle Dean, whose reviews and essays are sharp and insightful and often hilarious. Both are opinionated and stylish, but never pompous or self-indulgent.

Kate Tuttle is president of the National Book Critics Circle. A freelance critic and writer, she writes a weekly book column for the Boston Globe; her work appears frequently in the Los Angeles Times and elsewhere.