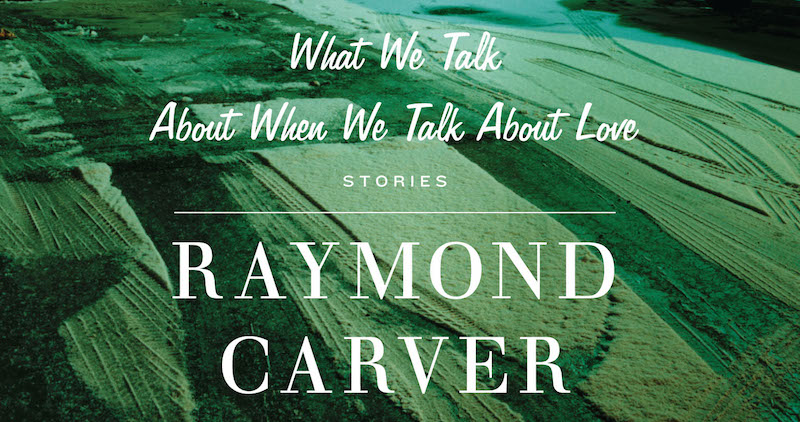 The Low-Rent Tragedies of Raymond Carver

A look back at the 1981 New York Review of Books take on Carver's iconic short story collection, What We Talk About When We Talk About Love 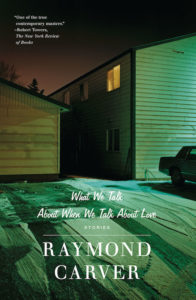 A man without hands came to the door to sell me a photograph of my house.

“‘Another tragedy in a long line of low-rent tragedies’—thus the mother of a fifteen-year-old girl describes the situation that arises when the daughter, reacting to her drunken and abusive father, stays out of school for weeks and says that no one can make her go. And thus might most of the stories that make up Raymond Carver’s What We Talk About When We Talk About Love be described: low-rent tragedies involving people who read Popular Mechanics and Field and Stream, people who play bingo, hunt deer, fish, and drink.

“In this remarkable collection as well as in his first, Will You Please Be Quiet, Please?, Raymond Carver has displayed before us a series of delicately mounted specimens taken from a population—a vast population—that most often eludes or falls through the net of our fiction. Carver’s people are not grotesque or notably eccentric, nor rascally or amusingly loquacious. They have no regional or ethnic characteristics that might catch the eye (or ear) of a Eudora Welty or Bernard Malamud, and, despite their mostly Anglo-Saxon derivation, they have nothing in common with the upper-middle-class WASPs of Peter Taylor and John Cheever. Their ordinariness is unredeemed, their failures and fatalities of a sort that goes unnoticed except, perhaps, for an occasional paragraph in some small-town newspaper.

What are the tragedies that these stories relate? Drunkenness and/or abandonment figure in a large number of them. Since Carver works laconically, skillfully omitting what other writers might regard as essential information, it is often hard to know just what has precipitated a given situation. 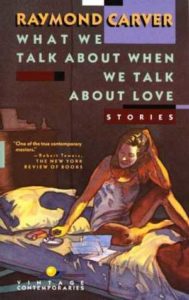 “The impact—often stunning—of these brief tales comes partly from our sense that Carver does not cheat, that the situations are ones into which he has fully imagined and felt his way, that his characters have not been merely set up to be knocked down again; in only two stories (‘Tell the Women We’re Going’ and ‘Popular Mechanics’) did I detect an element of gratuitous cruelty in the outcome. But the impact owes at least as much to the pared-down narrative technique that Carver has perfected. The stories thrive on omissions. 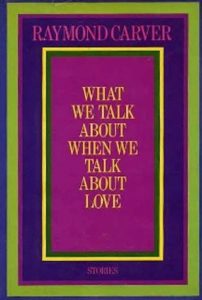 “Carver’s sentences, mostly simple and declarative, keep a tight grip on the simple objects and events that they present for inspection. His style is sternly denotative, allowing no scope for metaphor or linguistic exuberance. A certain price is paid, of course, for this asceticism: one misses the sudden bursts of vivid or lurid imagery that light up some of the greatest stories in our literature.

But within the limits he has set, Carver has shown himself to be a very fine artist. I hope this new collection will attract many readers and establish Carver’s reputation as one of the true contemporary masters of an exacting genre.”