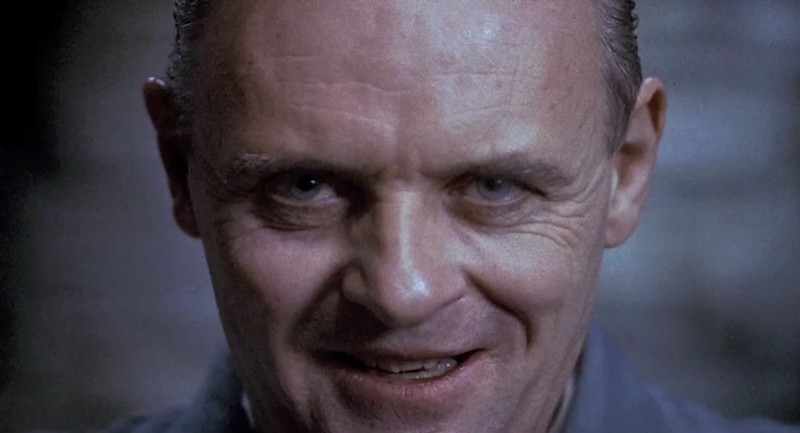 Stephen King on The Great Fictional Monster of Our Time 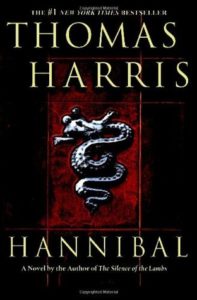 The worm that destroys you is the temptation to agree with your critics, to get their approval.

“In the dining room, there are flowers and candlelight and harpsichord music — ‘If Love Now Reigned,’ composed by Henry VIII in 1510. A woman enters, dressed in a long dinner gown of cream silk and wearing emerald earrings. Her companion is casual but elegant in his dark trousers, white shirt and ascot. ‘What are we having?’ the woman asks. Her host, Dr. Lecter — known in some quarters as Hannibal the Cannibal — raises his finger to his lips. ‘You never ask,’ he replies. ‘It spoils the surprise.’

Indeed. And what is true of gourmet meals and cannibal feasts is equally true of the suspense novel: knowing too much beforehand spoils the surprise.

The worst thing I could do is summarize this novel in any detail, and were I the book’s editor, I would argue very strongly for flap copy consisting of only three words:

Surely that would suffice for Thomas Harris’s fans, who have waited 11 years for the rematch between Clarice Starling, intrepid F.B.I. agent (‘cornpone, but with a little taste’), and Hannibal Lecter, the great fictional monster of our time.

“…for those who like what Harris can do so brilliantly, no book report is required. The readers who have been waiting for Hannibal only want to know if it is as good as Red Dragon and The Silence of the Lambs. It is a pleasure to reply in the negative. No, not as good. This one is better. It is, in fact, one of the two most frightening popular novels of our time, the other being The Exorcist, by William Peter Blatty. Sequels are usually lame ducks, poor things that are unable to keep up with their predecessors. Hannibal is really not a sequel at all, but rather the third and most satisfying part of one very long and scary ride through the haunted palace of abnormal psychiatry. 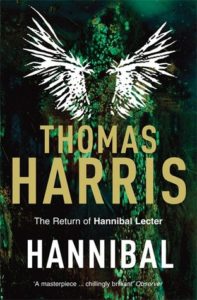 “…In a late-century literary landscape where most psycho-villains are little fellows in rubber masks, armed with knives and burdened with cumbersome sexual kinks, Dr. Lecter casts a long shadow indeed.

‘In fact,’ Harris writes in his carefully measured prose, ‘there is no consensus in the psychiatric community that Dr. Lecter should be termed a man. He has long been regarded by his professional peers in psychiatry, many of whom fear his acid pen in the professional journals, as something entirely Other. For convenience they term him a “monster.” ‘ So the word is out, and it’s le mot juste. If Hannibal Lecter isn’t a Count Dracula for the computer-and-cell-phone age, then we don’t have one … No character in popular fiction is as fragile as the monster, or so prone to losing his pants in his later appearances. Freddy Krueger is authentically terrifying when he first flashes his scalpel fingernails in A Nightmare on Elm Street, but by the third installment of the series he has become a pal and by the sixth he has become a joke. In 11 years Hannibal Lecter’s notoriety has grown rather than lessened, and he is no joke… 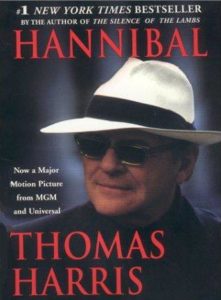 “Hannibal is a balloon Harris bats steadily onward, probably with a grin on his face. The balloon happens to be full of poison gas and bad dreams, true, but as has been previously suggested, Harris is not writing for everyone. This is authentic witch’s brew, eye of newt and haunch of redneck, not chicken soup.

“Is this the end for the doctor and the F.B.I. agent? Harris is crafty enough to leave the door to a fourth installment open, but just a crack. I hope with all my heart that he will write again, and sooner rather than later — novels that so bravely and cleverly erase the line between popular fiction and literature are very much to be prized — but I would rather see him bar this door and go down a different corridor. Familiarity, even with a monster, breeds contempt.”