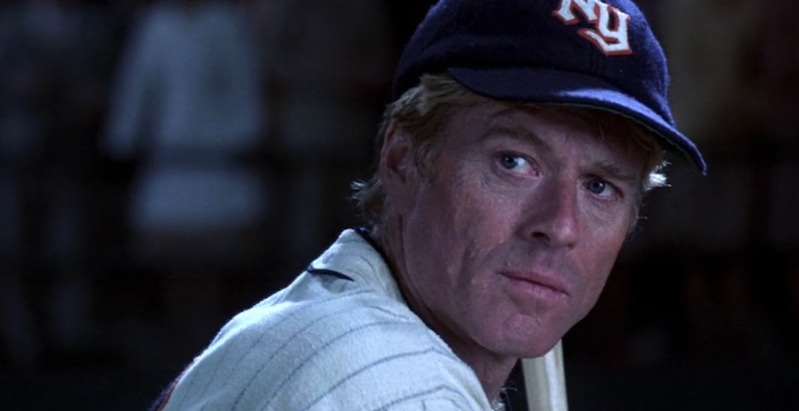 The First Serious Novel About Baseball 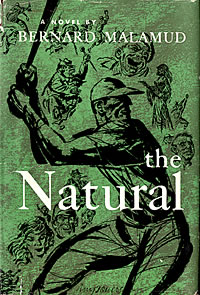 “Back in the Thirties the baseball writers making the swing through the West with major league teams occasionally wondered whether one of their number would ever produce a serious novel about baseball. That novel has finally been written and if the author does not come from the ranks of baseball reporters, at least he hails from Brooklyn and there are those who feel that qualifies him ex officio. 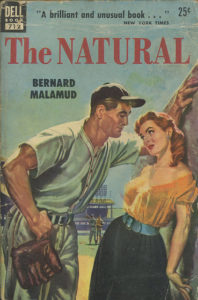 “It’s an unusually fine novel, too, although I don’t know how the professionals are going to take it. For Bernard Malamud’s interests go far beyond baseball. What he has done is to contrive a sustained and elaborate allegory in which the ‘natural’ player who operates with ease and the greatest skill, without having been taught is equated with the natural man who, left alone by, say, politicians and advertising agencies, might achieve his real fulfillment. 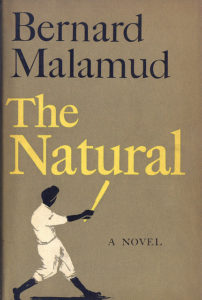 “The book’s hero, Roy Hobbs, comes out of the West at the age of 19, brought to a major league training camp by a scout. He is shot by a girl in a hotel room and drops out of sight until, at the age of 34, he returns to the last place team in the National League and, with a trick bat not unlike that used by Heinie Groh of the Cincinnati Reds back in the Twenties—almost single-handed leads the team into a tie for first place. This he does despite various distractions by people whose names sometimes indicate their symbolism, sometimes deliberately obscure it. But Malamud has a mission and we grant him certain privileges, including the use of the super-realism he alternates with naturalism. As when Hobbs, baited by a dwarf in the stands, drives one liner after another, deliberately foul, at the cowering little man. Malamud also draws heavily on baseball legend and history, almost interchangeably. 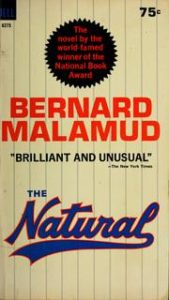 “All the story is here of a natural man—hurt badly by his first love, recovering late for his profession, almost achieving greatness, then distracted or betrayed by people or objects or events all equated with elements in our environment. In his telling and always deliberate use of the vernacular alternated with passages evocative and almost lyrical, in his almost entirely successful relation of baseball in detail to the culture which elaborated it, Malamud has made a brilliant and unusual book.”