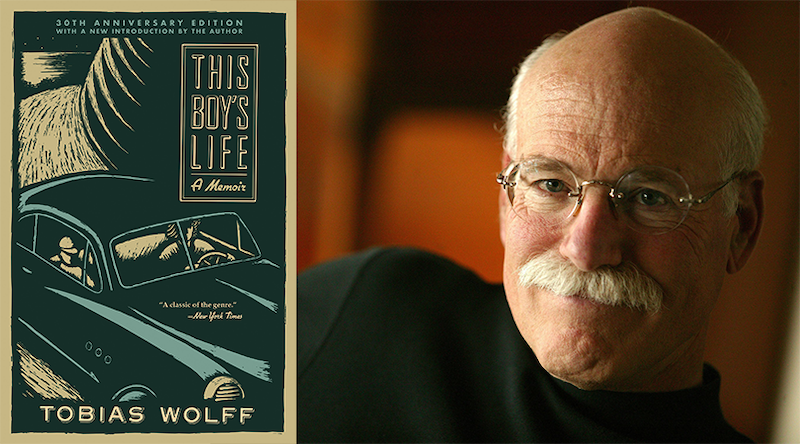 The First Reviews of Tobias Wolff's This Boy's Life

On the occasion of the iconic memoir's 30th publication anniversary

2019 marks the 30th publication anniversary of This Boy’s Life, Tobias Wolff’s acclaimed 1989 memoir in which the PEN/Faulkner Award-winning author detailed his nomadic, tumultuous, and often harrowing adolescence in the years following his parents’ divorce. To mark the occasion, we thought we’d take a look back through the archives to find the first ever reviews of this now-iconic work. 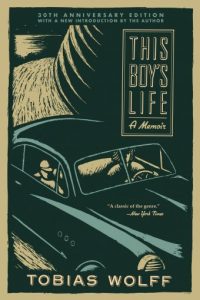 When we are green, still half-created, we believe that our dreams are rights, that the world is disposed to act in our best interests, and that falling and dying are for quitters. We live on the innocent and monstrous assurance that we alone, of all the people ever born, have a special arrangement whereby we will be allowed to stay green forever.

“Tobias Wolff’s first stepfather was not exactly a model parent. An alcoholic sadist who humiliated his young charge and regularly beat him up, he also stole his money and shot his dog. As if that weren’t enough, he tried to strangle the boy’s mother. Not a very nice fellow, and were he to show up in a novel we’d probably say that he lacked credibility, that the author had overegged the custard. Life, though, has a habit of outdoing even extremist fiction, and while Dwight is presented to us not so much warts and all as all warts, he nevertheless achieves a certain bizarre plausibility … But isn’t it premature (if not presumptuous) for a young writer with three slim volumes under his belt to lapse into his anecdotage? Aren’t memoirs, after all, the domain of elders like Graham Greene and Karl Shapiro who are persuaded that a summing up is in order? Yes, at least usually, but since Mr. Wolff limits himself to the first two decades of his life, it obviously makes sense to get his memories down now. And since these memories are compelling, constituting as they do a kind of Bildungsroman that helps us see how a troubled boy’s experiences became a mature artist’s material, we can overlook whatever impatience (or narcissism) may have motivated this account of youth and its discontents … And yet whatever liberties Mr. Wolff may have taken with the facts of his boyhood in this memoir (and he admits in the preface that memory has its own tale to tell), I found myself convinced by the sharply etched details and more than willing to suspend any disbelief. It is possible, to be sure, that Tobias Wolff is the Joe Isuzu of contemporary autobiography and This Boy’s Life simply another of his fabrications. If that’s the case, so be it—the book won me over. And that’s the truth.”

“Wolff is the author of artful and highly crafted stories. The art in this memoir is its nakedness. It is stripped of pose; it has the courage to be a record, not of survival but of destruction. Of course, we may know that Wolff is here, has married, teaches at Syracuse and has become a gifted and praised writer. But he lost himself before he ever found himself. This book is entirely about the loss, and not at all about any subsequent finding; save in the discipline and glitter of its pain … This Boy’s Life is a desperate story. The desperation is conveyed in a narration that is chilly and dispassionate on the whole, vivid in its detail, and enlivened by disconcerting comedy. But Wolff does not use stoicism–as it often is used–as a mask of its own. He punctuates it with passionate outbursts and incidents of a near-surreal resonance. Reading his memoir can be like repeatedly closing one’s hand around a drowning man’s wrist, and feeling it repeatedly slip away. What bobs to the surface is the writer.”

“Tobias Wolff’s This Boy’s Life is the story of two boys, Toby and Jack. Toby is an ‘A’ grade student, a boy deeply concerned about the world’s esteem, a loyal support to his mother, destined for Princeton like his brother Geoffrey. Jack is a liar and a thief, graceless and violent. Both are versions of Tobias Wolff himself, alternating throughout this exhilarating memoir of his childhood. It is the story, not of the American dream, but of what Wolff and others in the book settle for when the dream fails: hopefulness … Everyone Wolff comes across has a vision of their life as it ought to be lived, which real life cannot match. It is this territory between real life and dreams that the book explores.”

“Wolff shifts to nonfiction in this jewel-like memoir of childhood in the 1950’s. Despite the all-American props—Boy Scouts, cars, basketball—this boyhood unfolds light-years away from suburban heaven, offering instead a divorced mother and her angry son trying with little success to cut a piece of the American pie. Wolff sets the tone right off the bat, as he and his mom, driving to Utah to strike it rich as uranium prospectors, watch a truck careen towards a fatal crash. From then on, one dark episode follows another. Wolff recalls his early years in Florida, where he shoots arrows at friends and lies in the confessional. When he and his doting mom finally settle in Seattle, he becomes a petty delinquent, shoplifting, drinking, writing bad checks, breaking windows, scrawling obscenities on walls. Some of this seems reaction against his wealthy, estranged father, now dead, about whom he feels ‘grief and rage, mostly rage.’ Most adults treat him shabbily—a problem accentuated when his mother links up with a man named Dwight, a Lawrence Welk freak who smells of turpentine and brutalizes Wolff into husking chestnuts until his fingers bleed. He finds some relief in the Boy Scouts, which offers ‘the clean possibility of mastery’; in high school, he dreams of running away to Alaska, but instead he escapes to a prep school in Pennsylvania. An honest memoir that puts a new spin on familiar boyhood rituals: many authors have recalled watching Annette on the Mickey Mouse Club, but how many write about their buddies shouting crude sexual come-ons at the screen? Lucid, bitter, precise, terribly sad: the real-life equivalent of Wolff’s acclaimed fiction.”

“In PEN/Faulkner Award-winner Wolff’s fourth book, he recounts his coming-of-age with customary skill and self-assurance. Seeking a better life in the Northwestern U.S. with his divorced mother, whose ‘strange docility, almost paralysis, with men of the tyrant breed’ taught Wolff the virtue of rebellion, he considered himself ‘in hiding,’ moved to invent a private, ‘better’ version of himself in order to rise above his troubles. Primary among these were the adults—drolly eccentric, sometimes demented—who were bent on humiliating him. Since Wolff the writer never pities Wolff the boy, the author characterizes the crew of grown-up losers with damning objectivity, from the neurotic stepfather who painted his entire house (piano and Christmas tree included) white, to the Native American football star whose ultimate failure was as inexplicable as his athletic brilliance. Briskly and candidly reported Wolff’s—boyhood best friend ‘bathed twice a day but always gave off an ammoniac hormonal smell, the smell of growth and anxiety’—his youth yields a self-made man whose struggle to fit the pieces together is authentic and endearing.”