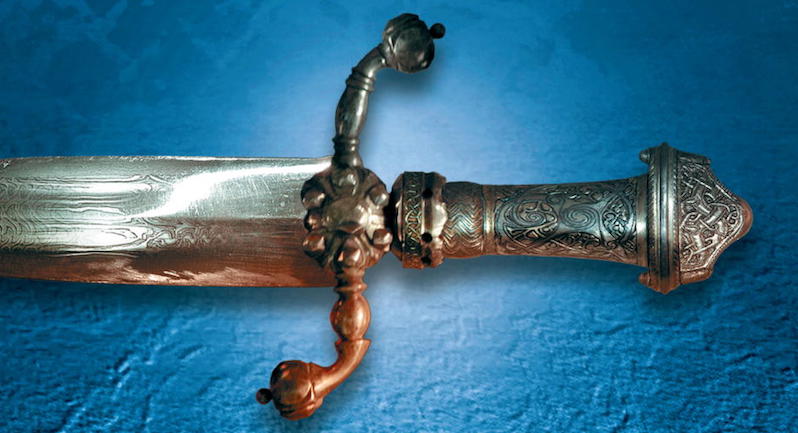 The Original Reviews of George R.R. Martin's A Game of Thrones

Long before its TV adaptation became a global phenomenon, here's what the critics thought of the first volume in Martin's A Song of Ice and Fire series 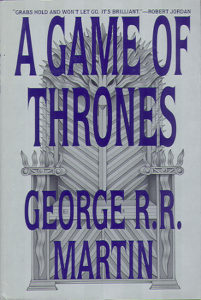 When you play a game of thrones you win or you die.

“George R.R. Martin’s new novel, A Game of Thrones, is the first in an epic series about a land in which the seasons shift between periods of seemingly endless summer and seemingly endless winter. The story begins with the kingdom of Winterfell facing both external and internal dangers. Beyond her borders, the cold is returning, a dragon prince is scheming to win back his lost kingdom, and the eggs of supposedly long extinct dragons are beginning to hatch. Within Winterfell itself, war soon erupts when the king is murdered by a family grasping for unlawful power.

Many fans of sword-and-sorcery will enjoy the epic scope of this book, something of a change of pace for Martin, who has spent the last decade working for television and who has long been honored for his award-winning stories (e.g., ‘Sandkings’). Still, to my mind, this opening installment suffers from one-dimensional characters and less than memorable imagery.” 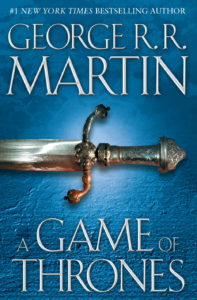 “George R.R. Martin’s A Game of Thrones—a 694-page novel that begins a series—is in many ways a tale fit for a king. Its tapestry is satisfyingly rich and complex, weaving together dozens of characters, major and minor, in a wide spectrum of shades of hero and villain, all vivid and memorable. The settings are equally diverse and evocative. Martin writes as convincingly of tart juices oozing from an apple as of sleet on the side of a mountain, and his book is as much an adventure of the senses as it is of the mind. On the other hand, the thimble-full of living dead and the soupcon of dragons we’re served here add little to the story. Or, they may indeed be setting the groundwork for sequels—which seems clear at the end—but their presence in A Game of Thrones seems little more than frost and steam on the window.

“…this is an old story, but A Game of Thrones is so well played that, like a vibrant re-make of an old hit record, you can enjoy almost every beat of it. Indeed, Arthurian/Shakespearean clashes among great and lesser lineages, with all the opportunities they afford for exploration of such perennial themes as honor, loyalty, ambition, love in all its forms, are always welcome subjects for science fiction and fantasy. Such political and personal strìngs served as superb accompaniment to the science fiction in Dune, and they’re often heart-rending, always provocative and appealing, to behold here—though as a center-stage performance, not as background or foreground for fantasy which is barely there.

But the dragon thread has other problems. Published as a stand-alone novella in the July 2006 Asimov’s Magazine (‘Blood of the Dragon’), it follows the trials and exploits of the overthrown King’s two lineal descendants—a brother who is a claimant to the throne with no army, and his sister, whom the brother gives as a bride to a Ghenghis Khan-type character reigning with a vast army in this England’s version of Europe and Asia, in hopes of getting that army to cross the ‘narrow sea’ and reclaim the pretender`s throne. The descriptive passages are marvelous—you can smell the spice, and taste it in every cup of wine Martin renders—but the story as a whole is not special.

“These other threads show us two different daughters, a romantic and a tomboy, and how they fare in these less­-and-more than chivalrous times; a bastard and a ‘true-born’ hero and another son whose legs are paralyzed but whose mind soars; another family where one son is handsome and vicious and evil yet brave, and his brother—a dwarf, my favorite character in the novel—is conniving, yet so honorable that he pays his debt of gold to a cruel, stupid jailor whom the dwarf has talked into taking a message that will free him. Yes, I liked this dwarf so much that I truly felt glad when, after months of travail, he finally finds comfort in a prostitute’s arms. The book is so good at this, so real and effective in its complex characterizations, that I would vote it an award just for that, and the dragons be damned.” 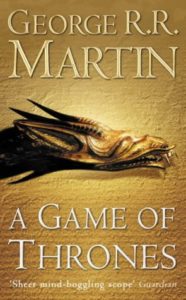 “In a world where the approaching winter will last four decades, kings and queens, knights and renegades struggle for control of a throne. Some fight with sword and mace, others with magic and poison. Beyond the Wall to the north, meanwhile, the Others are preparing their army of the dead to march south as the warmth of summer drains from the land. After more than a decade devoted primarily to TV and screen work, Martin makes a triumphant return to high fantasy with this extraordinarily rich new novel, the first of a trilogy. Although conventional in form, the book stands out from similar work by Eddings, Brooks and others by virtue of its superbly developed characters, accomplished prose and sheer bloody-mindedness. Although the romance of chivalry is central to the culture of the Seven Kingdoms, and tournaments, derring-do and handsome knights abound, these trappings merely give cover to dangerous men and women who will stop at nothing to achieve their goals. When Lord Stark of Winterfell, an honest man, comes south to act as the King’s chief councilor, no amount of heroism or good intentions can keep the realm under control. It is fascinating to watch Martin’s characters mature and grow, particularly Stark’s children, who stand at the center of the book. Martin’s trophy case is already stuffed with major prizes, including Hugos, Nebulas, Locus Awards and a Bram Stoker. He’s probably going to have to add another shelf, at least.” 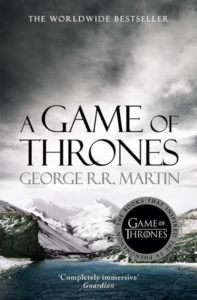 “After a long silence, the author of the cult The Armageddon Rag (1983) returns with the first of a fantasy series entitled, insipidly enough, A Song of Ice and Fire. In the Seven Kingdoms, where the unpredictable seasons may last decades, three powerful families allied themselves in order to smash the ruling Targaryens and depose their Mad King, Aerys II. Robert Baratheon claimed the throne and took to wife Tywin Lannister’s daughter, Cersei; Ned Stark returned north to gloomy Winterfell with its massive, ancient Wall farther to the north that keeps wildings and unspeakable creatures from invading. Some years later, Robert, now drunk and grossly fat, asks Ned to come south and help him govern; reluctantly, since he mistrusts the treacherous Lannisters, Ned complies. Honorable Ned soon finds himself caught up in a whirl of plots, espionage, whispers, and double-dealing and learns to his horror that the royal heir, Joffrey, isn’t Robert’s son at all but, rather, the product of an incestuous union between the Queen and her brother Jaime—who murdered the Mad King and earned the infamous nickname Kingslayer. Ned attempts to bargain with Cersei and steels himself to tell Robert—but too late. Swiftly the Lannisters murder the King, consign Ned to a dungeon, and prepare to seize the throne, opposed only by the remaining Starks and Baratheons. On the mainland, meanwhile, the brutal and stupid Viserys Targaryen sells his sister Dany to a barbarian horse-warrior in return for a promise of armies to help him reconquer the Seven Kingdoms. A vast, rich saga, with splendid characters and an intricate plot flawlessly articulated against a backdrop of real depth and texture. Still, after 672 dense pages, were you expecting a satisfying resolution? You won’t get it: Be prepared for a lengthy series with an indefinitely deferred conclusion.”