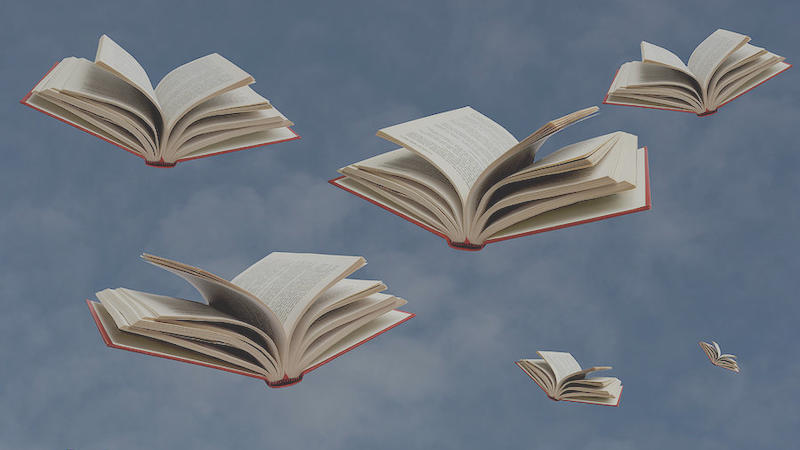 Colin Barrett’s Homesickness, Ali Smith’s Companion Piece, Antonia Fraser’s The Case of the Married Woman, and Monica Ali’s Love Marriage all feature among the Best Reviewed Books of the Week.

“Its comedy stands in balance to the collection’s more tragic tenor … expands [Barrett’s] range, and though the first took place in the fictional Irish town of Glanbeigh, the books share a fabric shot through with dark humor, pitch-perfect dialogue and a signature freshness that makes life palpable on the page. The language counterpoints the sometimes inarticulate desperation of the working-class characters, and that dissonance lends an emotional complexity to their stories … As a writer, Barrett doesn’t legislate from the top down. His unruly characters surge up with their vitality and their mystery intact. Their stories aren’t shaped by familiar resolutions—no realizations, morals or epiphanies. The absence of a conventional resolution does risk leaving an otherwise charming story like The Silver Coast with the rambling feel of a slice of life. But in the majority of the stories in this book, to reinvent an ending is to reinvent how a story is told, and overall, Homesickness is graced with an original, lingering beauty.”

“In her latest novel, wordsmith nonpareil Ali Smith once again shows herself to be a master of forging inventive connections. Companion Piece helps us see our world in a different light by finding points of contact between two plagues and two female artists, five centuries apart … ever intent on expanding our understanding of others and the world we share, Smith’s work is brainy and moving, thoughtful and playful—and never irrelevant … is, among other things, a passionate paean to books … One of Smith’s great gifts as a writer is verbal playfulness—a joy of lex—even in dark times … By exploring binaries such as imagination versus reality, surface versus depth, real versus fake, and stories versus lies—with their often blurred boundaries—Companion Piece challenges readers to embrace the indeterminate. Smith, on fire, welds so many elements into this short novel—including Sandy’s dreams and childhood memories and the terrible ordeals of a talented, steely 16th century waif—that the result is as intricate as that artisanal lock.”

“Monica Ali’s rich, sensitive and gloriously entertaining novel—her fifth, and possibly her best – juggles so many questions and plot lines that we keep expecting one of them to break free and become detached, like the crazily orbiting fragments of Yasmin’s new life; yet everything remains utterly coherent and convincing. Weighty topics, such as race, class, cultural identity and immigration, surface as part of the tragicomedy of everyday life … opens with a delicious collision, the kind of extended set-piece that fleshes out the novel, and at which Ali excels, brimming with extremely funny moments of excruciating social comedy … For all its precise comic timing and consummate plotting, the novel’s real strength lies in its depiction of complex social encounters, leaving the reader to decide which side, if any, to take. Sometimes, the absurdity helps us to make up our minds … feels at once everyday and exceptional, a love letter to the richness of London life.”

1. The Case of the Married Woman: Caroline Norton and Her Fight for Women’s Justice by Antonia Fraser
(Pegasus Books)

“The prolific Lady Antonia Fraser has long been drawn to formidable—and tragic—women, starting with her first biography, of Mary Stuart, more than half a century ago. In the last decade, she has focused on the social upheavals of the early 19th century, writing books on the Great Reform Act of 1832 and the fight for Catholic Emancipation in 1829. She thus perhaps sometimes assumes a little too much knowledge of a reader coming fresh to the period. But Fraser’s skill and passion override all, and in The Case of the Married Woman, she renders her subject a woman of dignity, depth and character. Here we meet a heroine, one who fought for herself, for her children, and for all women and children.”

“This is a rich, florid, funny history, with undertones of human grief. Knight plays it very straight. His prose is measured and measured again. It’s as if Strunk and White took the manuscript on vacation and made buffing it a competition … Knight does seem to have his tongue in his cheek at moments, but that tongue is buried so deeply it would require an oral surgeon to locate and extract it … The good news is that Knight is shrewd and perceptive, and his book is as good as his article. The bad news is that his book is not a great deal better than his article. The short version was enough for me … Knight’s portraits of Barker and Fairley are lively … Knight’s book is crisp, almost clinically so. It’s on the passionless side. The crooked timber of humanity is cut into two-by-fours. Photographs are employed to profound, poetic effect.”

3. My Old Kentucky Home: The Astonishing Life and Reckoning of an Iconic American Song by Emily Bingham
(Knopf)

“Emily Bingham’s new book offers a powerful story of how, exactly, we fool ourselves into thinking the past is past … Bingham has given us an account that is both riveting and thorough, taking us across a century of spinout marketing campaigns, protests and versions that emerged from Foster’s lyrics … Before Bingham’s done, she will argue with powerful momentum that the song ‘is a spy hole into one of America’s deftest and most destructive creations: the “singing enslaved person” whose song assured hearers that the plantation was happy and a place where Black people belong’ … People who are devoted to provocative hot takes will probably accuse Bingham of canceling a standard perceived to be an anthem for the American Dream. But Bingham’s research is finely detailed, extensive, complex. Further, her identity—and its many complications—is vital to her authority as a needed writer of this book … What makes us so afraid to learn? What makes a person, a family, a country afraid of veracity? Emily Bingham’s new book is a work toward truth and reconciliation … Ignorance, she intimates, is not an option for the patriotic.”