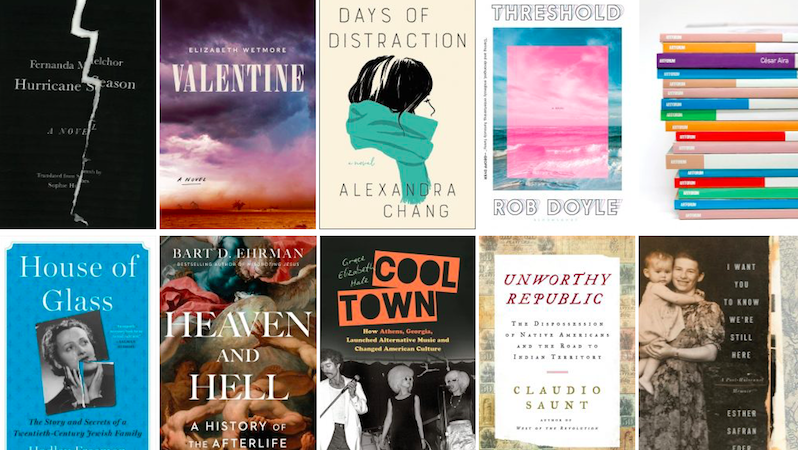 “There are no paragraphs, only chapter breaks. Paragraphing is managed instead by the full stops between extended sentences—breathless, bad-mouthed, resentful sentences, sentences that are fetid, rhythmic and readable, full of insult and gossip, anecdotes and digressions. The genius of Hurricane Season lies in the way its author encourages the reader to work with this babble to build not just the narrative of the murder, but also a picture of a poverty-stricken community further devastated by the coming of oil capital and the drugs industry … Melchor’s deep drill into violence, femicide, homophobia and misogyny, translated with considerable verve and force by Sophie Hughes, is based on the real-life killing of a ‘witch’ outside Veracruz. It’s a mystery novel, but not one presented in any manner to which we’re accustomed; a horror novel, but only metaphorically; and a political novel with deep penetration of a remarkably foul milieu … You close the book every so often, feeling that you have learned too much. Though there are glitters of humour and empathy, Hurricane Season is an uncompromisingly savage piece of work: difficult to escape from, built to shock. Yet it’s also elating. I was left buoyed up by Melchor’s anger, elated because she had shown me things I needed to be faced with.” 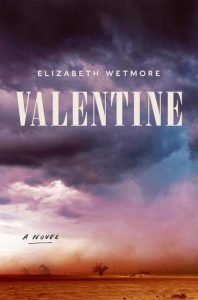 “…a novel that serpentines around our expectations … This is the story of their lives in a backwater oil town in the mid-1970s, which Wetmore seems to know with empathy so deep it aches … If these chapters weren’t so carefully wrought and emotionally compelling, they might feel like mere distractions from the prosecution of Gloria’s attacker … Several of these chapters are masterful short stories in their own right, but Wetmore knits them together with increasing intensity … Wetmore has written something thrilling and thoughtful. Don’t let the launch of this novelist’s career be drowned out. Someday book clubs will meet again, and this would be a rousing choice.” 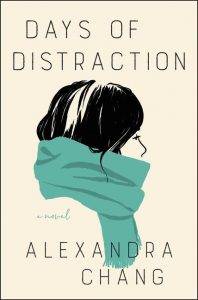 3. Days of Distraction by Alexandra Chang

“Days of Distraction is written in half-page to page-long blocks … This mosaic structure, combining tesserae of research with narrative episodes, perfectly reflects the moment. The story is fractured, like our attention, our nation, our relationships; the information looks like the snippets we consume: Facebook posts, tweets, Google results. But for all its formal interplay and textual shifts, the novel is also, somehow, a cohesive, thoroughly absorbing read. It’s a mixed marriage of new forms and old that captures modern life then shapes it into something artistically abiding. The unifying element is point of view: By creating such a smart, thoughtful, funny, observant narrator, and taking us on a familiar arc of leaving home, contending with new surroundings, reconnecting with the past and negotiating a crossroads, Chang achieves the opposite effect of distraction culture … This is an immersive, emotionally honest novel that thinks through our era’s complexities, histories and divisions; it wanders into the gray areas, and wonders where the path forward might be.” 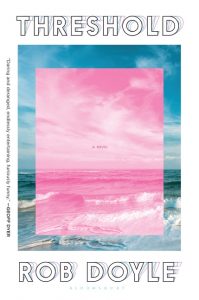 “Beginning in Dublin, with a long encomium to the magic mushroom, Doyle opts for a flat, essayistic style reminiscent of Ben Lerner, rather than the hyperventilating register of his first book … If the novel’s minor characters are never given the time to breathe, or develop, and the self-regarding narrative voice can sometimes be irksome, the moments of genuine humour compensate … Like much recent autofiction, Threshold perhaps shouldn’t be so compellingly readable, especially given its core theme of drug-taking. Tell a trip, lose a reader, but Doyle’s writing does the opposite, with considerable panache. The novel ends with an exploration of DMT, ‘the apex of psychedelic drugs … too weird and disturbing even for the open-minded hippy generation’. DMT’s effects take the narrator to the very edge of the ineffable—something Doyle also comes close to achieving for the reader in his boundary-nudging fiction.” 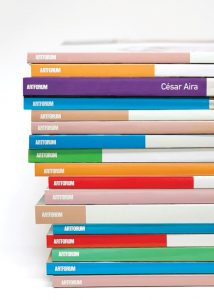 “…while the volume may be slim, it is a surprisingly rich work. For those who have not read [Aira], it is also an excellent place to start a relationship … all the decisive elements of his work are here: the proliferation of events that link the numinous with the most banal domesticity, the cosmic with the inhabitants of a middle-class neighborhood in Buenos Aires; the more or less esoteric references to contemporary art and the philosophical tradition caught in the web of a writing that is deceptively plain; the book as a loose gathering of disparate narratives that adopt the pose of casual improvisations, textual toys fabricated to keep boredom at bay and wonderment close at hand.” 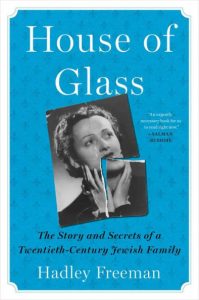 1. House of Glass: The Story and Secrets of a Twentieth-Century Jewish Family by Hadley Freeman

“As Freeman’s previous books have included The Meaning of Sunglasses: A guide to (almost) all things fashionable/…and How To Be Awesome: Modern life for modern ladies…this is quite a change of subject matter. Oddly, for much of the time, Freeman’s style does not change all that much from the one used in her previous publications. More oddly, the effect is not crass but joyous, empowering and revealing, even amid the horrors that she confronts … Her book does not focus on trauma. Instead, the Holocaust is like the sun that Freeman cannot look at in her grandmother: what we see are the beautiful clothes; the glamorous friends; the family legends of escape and bravery; and the amazing resilience (both personal and financial) in the decades after the war … There is sadness here and righteous anger, but, crucially, Freeman eschews the air of melancholy and fatalism that is so often a feature of depictions of the Jewish beau monde … She thus avoids one of the clichés of Jewish family history and, in the process, throws light on the success of the Jewish diaspora, both before and after the Second World War. In the end, House of Glass is still a feature on her grandmother’s wardrobe, and it is none the worse for that.” 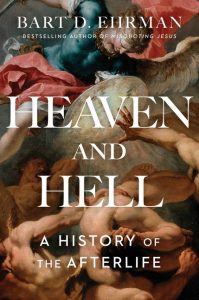 2. Heaven and Hell: A History of the Afterlife by Bart D. Ehrman

“… a fulsome sweep through the biblical, philosophical, and literary canon … Erhman knows this territory as well as anyone writing today; the reader is struck by his nimbleness in drawing the thread of this rich-layered narrative, sprinkling larger thematic arcs with anecdotes that honor the non-lineal and multivalent nature of eschatological thought … The cast of characters is vast and entertaining … enlightens and entertains.” 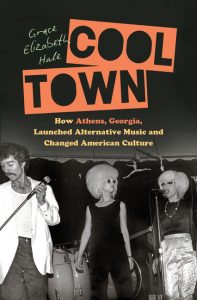 “..with this meticulously reported microhistory, Hale, who once played in a band and ran an underground club in Athens, delivers more than a love song to the music. Cool Town also serves up a textured portrait of a generation caught between baby and tech booms, wriggling under the thumb of the mainstream … Hale is dead-on in the details she relies on to evoke a scene that was in full swing in Athens when I arrived. She wisely emphasizes its L.G.B.T.Q.-friendly and female-empowering flavors … She is smart on the way Athens art and music were defined by the tension between the rejection and embrace of Southern culture, both aesthetically and politically. She has a keen eye for fashion too … [Hale] is right to criticize the Athens scene for its failure to attract a sizable group of nonwhite participants, even as its politics were antiracist.” 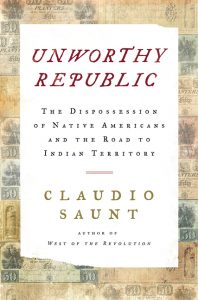 4. Unworthy Republic: The Dispossession of Native Americans and the Road to Indian Territory by Claudio Saunt

“Saunt’s book is both thoroughly researched and quietly outraged … These events have been well documented but Saunt puts them in broader context. He argues that the deportation of Native Americans was tied to slavery—and, specifically, to the fear that Native people might organize an uprising that included African-Americans … The scope of Unworthy Republic is enormous … Saunt so persuasively makes the case that events of the 1830s cost Native Americans a whole lot more than tears.” 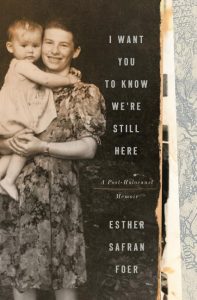 5. I Want You to Know We’re Still Here: A Post-Holocaust Memoir by Esther Safran Foer

“The story is at once beautiful and heart-rending, and sheds light on what happened after the war—an often overlooked aspect of the Holocaust experience … Foer explores her family with context and detail. Her story will interest readers of historical and personal narratives, especially memoirs and genealogy.”