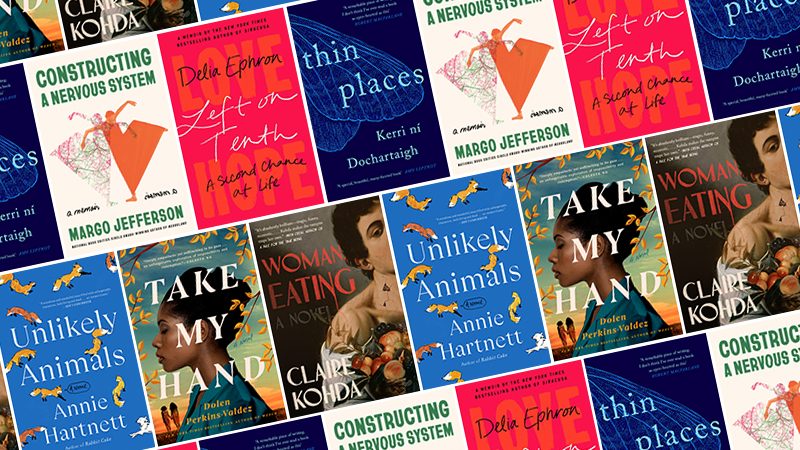 “Dolen Perkins-Valdez excels at mining the lives of nuanced, yet known, characters to convey the undying toll of slavery … The author’s expert rendering of this more recent atrocity blankets it in a rich portrayal of family … Part of the propulsive power of this work is its structure of alternating perspectives … Perkins-Valdez also shines in her choice and development of characters … Perhaps the most notable of this book’s gifts are its deft packaging of history and its quiet nod — in the juxtaposition of timelines — to the reproductive oppression haunting Black women to this day. Like the most effective education, though, it feels that the information is streaming through the heart, awakening it and inspiring it to action.” 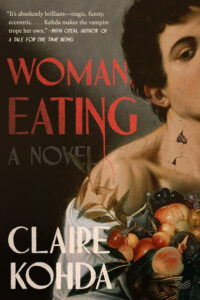 “Claire Kohda’s mischievous debut novel pumps fresh blood into the vampire genre by taking us into the pitfalls of Lydia’s less than ordinary life … Woman, Eating reconfigures the uncanny — its real chills derive not from Lydia’s bloodthirsty cravings but from the creepy male humans she encounters … So much has been written on female appetites that the book could easily have felt derivative, but Kohda flips the narrative … I would, however, have liked more family backstory, and the ending feels a bit too easy … Nonetheless, the book playfully revitalises a tired tradition, riffing on its clichés while delivering a gripping contemporary fable about embracing difference and satisfying hunger.”

“Wistfully charming … Hartnett’s multi-tendriled meditation on family and existential crises feels like a fairy tale—if fairy tales encapsulated all the messiness of real life. Through magical realism and strained relationships, the story perfectly captures the tone and texture of a town where life is inescapably colored by the opioid crisis. Pops of humor abound, especially in Emma’s interactions with her students and the occasional moments when the ghosts give one of the animal characters the main point of view. This unapologetically genre-bending tribute to life, death and the beautiful weirdness found in both has potential to spark exceptional book club discussions.” 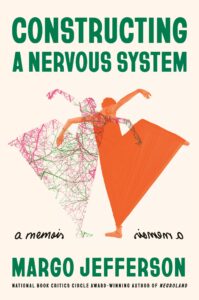 “Rather than using her life’s narrative to structure the book, she organizes her becoming through her models. Who, she asks herself, were those people she secreted away? In whose eyes did she see herself reflected? The collection is unorthodox … Memoir, the highest form of autofiction, is an unmannerly genre. Its appeal lies in its indecency. Jefferson’s indecency lies in her honesty about the contortions into which black intellectuals have long been forced … Jefferson doesn’t shy away from her attraction to certain artists who might otherwise have earned her disavowal. She is at her most dexterous when discussing two otherwise unrelated giants: Ike Turner and Willa Cather … The book is a marvel as a work of criticism and would serve well as a manual for writing, in the sense of teaching the practice as a means of thinking. As in Negroland, Jefferson circles back on herself, questioning, clarifying, and complicating her own intentions. She works through what cannot quite be expressed … The brilliance of the culture we have shaped is not dimmed by the pressure of Jefferson’s interrogation. What’s left is something awe-inspiring, but more fractious, more prone to false starts and massive leaps. Its power demands such criticism, such insistent questioning.”

“As titles go, it’s an impressive combination of witty, sad and memorable — just like the book itself … We can trust her not to romanticize life’s big moments. Monumental though they may be, they are often messy, confusing, and oddly timed — and Ephron is going to be straight with us about it … Ephron is not sugarcoating this story, remember? Things get dark … Breaking sentences and phrases into speaking rhythms, Ephron encourages us not to see her prose on the page so much as to hear a story told in her voice … Ephron made it to the other side of her illness, a vantage point from which she could look back and craft her story with a perspective those writers didn’t live to have. But she also never loses sight of the fact that while a book’s ending might be considered happy or sad depending on where the plot stops, all of us human beings are headed for the same ending sooner or later … Although death saturates this book, it is far from a downer. To the emphatic contrary, it is a joy. As much as Ephron honors the true depths of fear, sickness, and sorrow, she also celebrates with humor and awe the great fortune of small thrills … That’s the singular, lovely magic of this particular memoir by this particular writer about this particular slice of her life. When she examines ‘life and death in close focus, side by side,’ she reminds us that darkness makes the light look even brighter.”