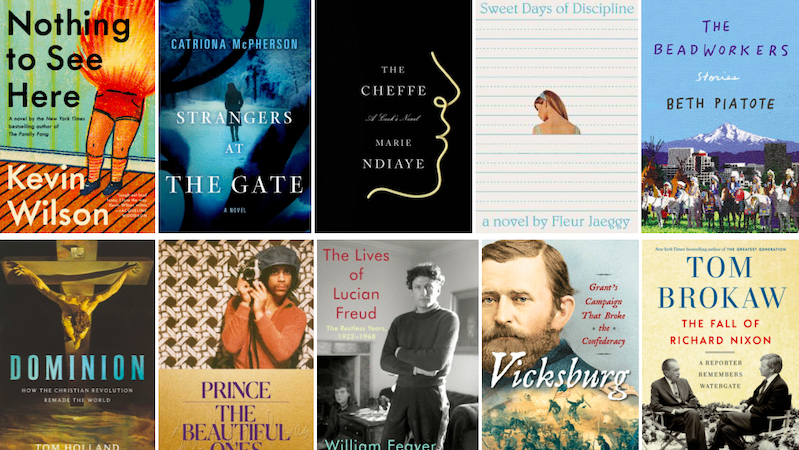 Featuring Prince's autobiography, a new novel by Kevin Wilson, Tom Brokaw on the fall of Richard Nixon, and more

Kevin Wilson’s Nothing to See Here, Prince’s The Beautiful Ones, and Tom Brokaw’s The Fall of Richard Nixon are among the most critically-acclaimed books of the past seven days.

1. Nothing to See Here by Kevin Wilson

“There’s hardly a sentence in Kevin Wilson’s Nothing to See Here that feels like anything you’ve read before; that’s how fresh his voice is, and how willfully, wonderfully bizarre the book’s plot … Wilson unfurls all this from Lillian’s point of view: witty, confiding, breezily profane. And tender, too … That the supernatural elements of Nothing feel so right is a testament to Wilson’s innate skill as a storyteller. But it’s the humanity in his words, and in All This, that stays: the unmistakable tenor of real life, too ludicrous not to be true.”

2. Strangers at the Gate by Catriona McPherson

“McPherson ramps up the tension with ever more creative revelations and twists that will have readers eager to see what on earth is coming next. It’s a fascinating study of what can happen when we suppress our instincts or aren’t sure who to trust, and a delightfully torturous day-by-day recounting of the aftermath of a life-changing lie: everyone seems suspicious, using the proper verb tense is suddenly crucial and eccentricity begins to feel a lot more sinister. Fans of McPherson’s award-winning work…will relish whipping right through Strangers at the Gate, guessing and gasping all the way.”

3. The Cheffe by Marie Ndiaye

“Writing against cliché—e.g., cooking is a site of carnage, not delight—is vital to NDiaye’s novels. Borrowing from Freud, supernatural thriller, and family saga, her work is famously difficult to classify … Reading NDiaye is akin to coming across a previous patient’s psychological assessment on your therapist’s desk; you’re hopelessly drawn in, even as you ought to look away … In The Cheffe…it is the narrator’s unreliability…that generates NDiaye’s characteristic mystery and menace … It is typical of NDiaye to transform bourgeois pleasures—French cuisine, tropical vacations, interior design—into discomfiting forms of mild torture … At end, there are those who will complain that NDiaye’s work is ‘too challenging’ to enjoy. But novels that go down easy come with hazards of their own: as our narrator warns, ‘you don’t feel respected as a customer and an eater, you feel ashamed for the cook.'”

Read an excerpt from The Cheffe here 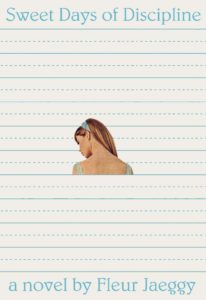 “Jaeggy handles this plot with a fine contempt for both sentiment and conventional modes of dramatization…Even so, the torpid world of the Bausler Institut, where for the older girls ‘a sort of senile childhood was protracted almost to insanity,’ comes to life in Miss X’s compact monologue. The sentences are short, epigrammatic and filled with deadpan humor as well as something more wild and brooding. Miss X breathes the same air as the narrators of Samuel Beckett and Thomas Bernhard, but her manner, which somehow doesn’t seem mannered, is all her own. Muriel Spark’s more astringent, nouveau roman–­style performances may be another starting place for comparisons—­or maybe Ottessa Moshfegh’s delicious cruelties. Either way, Turgenev, in another life, might have found much to admire here.” 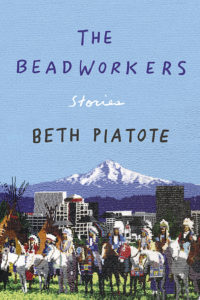 5. The Beadworkers by Beth Piatote

“Piatote’s debut collection mixes poetry, verse, and prose to form an impressive reflection on the lives of modern Native Americans. Piatote, a Nez Perce enrolled with the Colville Confederated Tribes, fits much nuance and profundity into stories that often reflect on the ways in which contemporary mainstream American culture continues to erase the identities and traditions of indigenous groups … This beautiful collection announces Piatote as a writer to watch.”

1. Dominion: How the Christian Revolution Remade the World by Tom Holland

“What in other hands could have been a dry, pedantic account of Christianity’s birth and evolution becomes in Holland’s an all-absorbing story … It takes a master storyteller to translate the development of a philosophical notion into a captivating story, and Holland proves to be one … He doesn’t claim groundbreaking archival discoveries or archaeological revelations. Instead, Holland offers a remarkably nuanced and balanced account of two millennia of Christian history – intellectual, cultural, artistic, social and political. The book’s scope is breathtaking … The impact of Christianity on the way we live, think and speak has been extraordinarily pervasive, and not only in the West, Holland concludes … The humblest, the utterly insignificant, serves only to mask the extraordinary. Holland is fascinated by this. Indeed, he is so taken by it that he seems to have based his method of storytelling on it.”

2. The Beautiful Ones by Prince

“The Beautiful Ones is for everyone … It doesn’t matter whether you’re a Prince fanatic or if your interest is simply piqued by all things music or pop culture: The book is worth picking up … not a read, but an experience, an immersion inside the mind of a musical genius. You are steeped in Prince’s images, his words, his essence … while it offers insight, the book may leave you feeling muddled – but that’s not a negative. The way the book is structured simply makes one want to read it again, to leaf through the pages and be immersed in Prince’s world … The book can be a starting point for a Prince fascination, or a continuation of long-standing admiration. Either way, it will deepen the connection of any reader with the musical icon.”

“…[a] sparkling first volume … Feaver knew Freud for many years before his death…and although the painter was averse to the idea of a biography, he nevertheless gave him his approval. Their conversations ranged widely and Feaver wrote them up immediately afterwards, resulting in an extraordinary tranche of anecdote and aperçu … It is through innumerable…vivid details that Feaver’s wonderful biography comes close to Freud’s own definition of his art: ‘A picture should be a recreation of an event rather than an illustration of an object.'”

“… a superb account of both military leadership and soldierly warfare … Mr. Miller has done a prodigious amount of research (the back matter runs to nearly 150 pages), and among the book’s many strengths are the quotations he provides from diaries and letters … Books like Vicksburg are exactly what Thomas Hardy had in mind when he wrote that ‘war makes rattling good history.’”

5. The Fall of Richard Nixon: A Reporter Remembers Watergate by Tom Brokaw

“[Brokaw] doesn’t overplay the parallels between now and then. He doesn’t need to … an engaging account of a nation in turmoil. It is a breezy, often gossipy and at times surprising memoir that encompasses more than Watergate … The author takes the reader not only inside a beleaguered White House, but also into tony Georgetown salons where the political and cultural glitterati mingled with journalists and ruminated on the scandal du jour … this book should be required reading inside the Beltway, and beyond.”