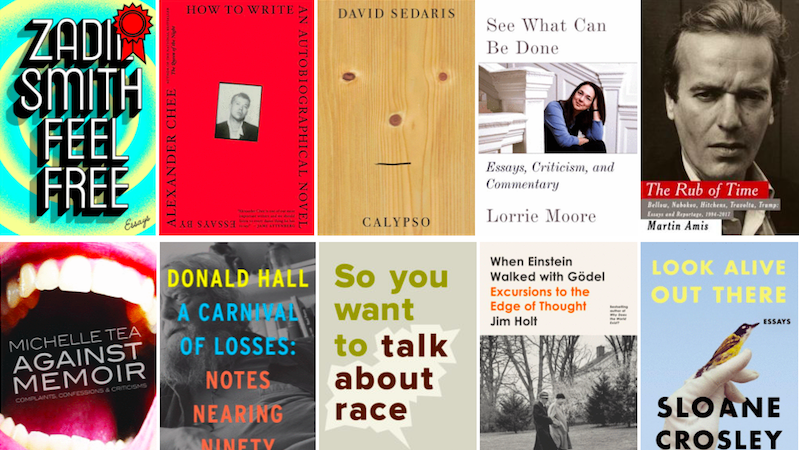 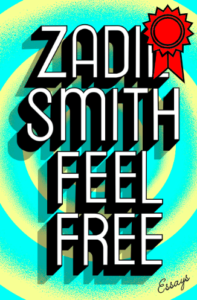 “Selfhood—other people’s—is what she returns to again and again, through what else but her own shifting and brilliant subjectivity … The subtlest joy of these essays is sensing Smith’s own personhood, a personhood inseparable from her intellectual life. The self encompasses both. After the bracing dynamics of so much thought, the essays in Feel Free leave the reader not with a succinct theory of metaphysical dialogue between a global pop phenomenon and twentieth-century philosopher, but rather an image: the endearing, enduring image of one of our finest public intellectuals bickering with her husband, in a car, as she hankers for a sausage roll.”

“Two things David Sedaris is talking about more than he used to: Donald Trump and death. The essay collection Calypso, his first in five years, finds the beloved humorist rejiggering his tone—right along with much of the country—to meet a newly somber national mood. Or maybe it’s just the shadow of late middle age: the looming reality of mortality, the increasing pervasion of funerals and illnesses and retirements in one man’s orbit. It’s hard to tell exactly from where the motivation for the shift stems. And indeed, therein lies Sedaris’ genius—he reflects the culture inwardly. Through his peculiar mind, Sedaris captures biting truths, documenting with journalistic precision his quiet public indignities and milking them for all their tragicomic worth.”

4. See What Can Be Done by Lorrie Moore

“Moore proves herself the rare critic who’s as satisfying to read on the volumes you haven’t heard of as on the ones you have. (Maybe the ‘autobiographical’ book reviewer is only ever reviewing one book, its subject her own powers of expressivity.) The minute attention Moore pays to what were, at the time of writing, up-and-coming authors—Matthew Klam, Joan Silber—pleads their interestingness; an essay on Silber, from 2005, borrows the passionate exhaustiveness of a TV recap … her reviews persistently worry the distinction between the human being and his or her work … Moore-as-essayist scans much as Moore-the-fiction-writer does: as lightly melancholy, with a compensatory inclination to amuse both herself and us … Still other passages sailed beyond me … Still, Moore is one of our best documentarians of everyday amazement.” 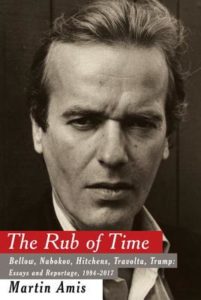 5. The Rub of Time by Martin Amis

“The Rub of Time is Amis at his considered best, witty, erudite and unafraid. You can sit and be like Martin Amis all day, wondering how he could be so right about the Republican party in 2011, so prescient about Trump as early as May 2016. The hierarchy thing, that need to revere older writers, may be a little bit male for some, but male is the way that Amis rolls, which makes him one of the best people on the planet to write about the porn industry (a chivalrous piece, as it happens). He is sweetly sentimental when it comes to the British royal family (why?), funny about tennis, always brilliant about the body, scorching in his refusal of death, its sorrows and humiliations … Amis is always begging for interruption and fending it off at the same time, busking his way to the best bit, fighting with shadows to snatch the prize.”

6. Against Memoir by Michelle Tea

“Against Memoir is a thoughtfully curated showcase of Tea’s writing about queer politics, relationships, history, and the self … what strikes me about her work here is how connective her first person is, how strongly she binds the personal to the communities and contexts that have shaped it, whether her family and her working-class community in Chelsea, Massachusetts, or the dyke punk subculture of 1990s San Francisco … ‘Reading this made me feel happy and alive,’ she says of Eileen Myles’s Chelsea Girls. These essays do the same for me.” 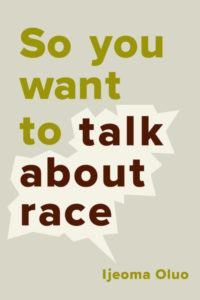 7. So You Want to Talk About Race by Ijeoma Oluo

“Accessible and approachable in tone, So You Want to Talk About Race is aimed squarely at those who actually do. In other words, this isn’t a book to pass quietly to your slur-spewing uncle in hopes of getting him to stop sharing odious Obama memes on Facebook, nor is it an instruction manual on how to ‘not see race’ … Oluo weaves stories from her own life through her research to put faces and voices to such fraught topics… As a result, the lessons, while still intellectually rigorous, feel more intimate than those gleaned from academic texts and perhaps more likely to make a meaningful impression on the lay reader … Throughout her book, Oluo emphasizes how difficult these conversations about race will be, but also how necessary and urgent they are for people to have in good faith … She invites the reader to ‘get a little uncomfortable,’ because racial inequality and injustice are real — we can’t ‘wish it away.’ ”

8. A Carnival of Losses by Donald Hall

“A Carnival of Losses: Notes Nearing Ninety…it’s a freewheeling essay collection that’s a fitting coda to a distinguished career … Much in this collection is familiar, including stories about his grandparents’ 1803 New Hampshire house at Eagle Pond Farm, owned by his family since 1865 … Hall, who spent decades exploring the poetry of death, was sanguine about mortality. In A Carnival of Losses, he considered life’s roller coaster between desolation and joy … Hall may have reached his roundhouse but not before bequeathing readers with this moving valedictory gift.”

9. When Einstein Walked With Gödel by Jim Holt

“Holt’s book is much closer to a series of dispatches about the larger scientific world Einstein and Gödel inhabited … they all wonderfully achieve Holt’s stated goal: ‘to enlighten the newcomer while providing a novel twist that will please the expert.’ This is considerably more difficult than it sounds, and Holt does a beautifully readable job … Perhaps to the dismay of his lay readers, ‘beautiful’ is a word that crops up frequently in these pieces, usually connected with…math … Even at the hands of an expert popularizer like Holt, that beauty can be elusive, probably for simply biological reasons … Science writing of the caliber on display in When Einstein Walked with Gödel is a boon in these times of looming scientific illiteracy. Holt makes his recondite subjects seem not only fascinating but fun, humanity’s greatest intellectual adventure – and one that badly needs as many adventurers as it can get.”

10. Look Alive Out There by Sloane Crosley

“Where Crosley’s first collections were dense with zingers made to deliver laughs, the most memorable lines in this one are built to break hearts. That reflects a similar shift in the author’s storytelling priorities: Crosley has changed focus from the mild absurdities of day-to-day existence to quiet but universal devastations … Crosley remains inexorably funny, even as she uses her life and the lives she encounters to take on the heavier issues of aging, loneliness and mortality. Fans of Crosley’s signature humor—a blend of upbeat and offbeat self-effacement—will not be disappointed … Look Alive Out There preserves Crosley’s instinct to observe minutiae and uncover answers to universal questions, while introducing a new willingness to acknowledge that sometimes stories don’t end with such neat answers.”