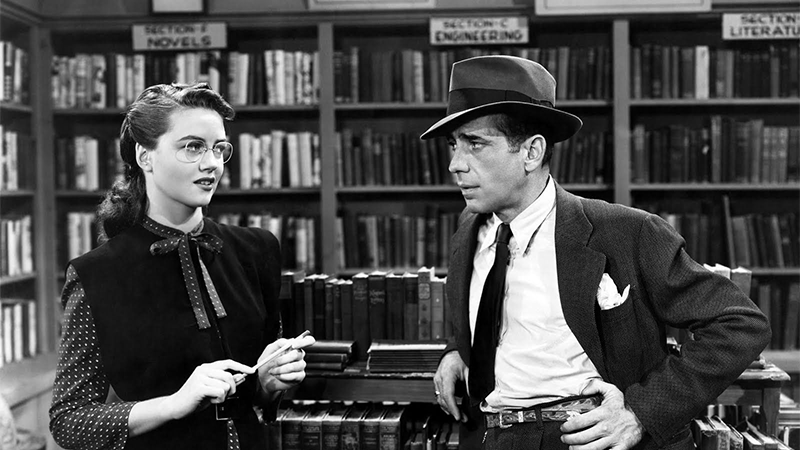 Booksellers from 9 indies rave about their favorite reads.

World of Wonders was a book I didn’t know I needed. Aimee Nezhukumatathil takes us on a truly whimsical and vibrant journey through a world of odd and lovable creatures and plants in this genuine collection of short essays. Whether about fireflies or flamingos, monkeys or monsoons, each page brims with intimate scenes of natural life. Linking each natural wonder to the stages of her life—from her childhood as the rare brown person in overwhelmingly white communities, through the loneliness of college, her marriage (to a man who understood the charms of the foul-smelling corpse-flower), motherhood, and her career as a teacher and award-winning poet—Nezhukumatathil illuminates the essential bonds between people and the beautiful flora and fauna we share this planet with.

Four Hundred Souls is a timely and critical read, and challenges America to come to reckoning with a history it would rather leave drowned in the Atlantic. With contributions from ninety (yes 9-0!) gifted minds, Four Hundred Souls is comprehensive in its handling of the very delicate and complex story of African-America. This title incisively (and, at times, artistically) unpacks a history that is intricately woven into the very fabric of American history and present. If we as a nation are committed to raising our collective consciousness, as last year’s outcry seemed to suggest, Four Hundred Souls warrants permanent placement in academic curriculum and political discourse.

The book I would recommend in our little bookshop is Sabrina & Corina by Kali Fajardo-Anstine. This debut collection of stories really gives the reader insight on the lives of Latinx culture and people of Indigenous descent. Based in various parts of Colorado, the stories bring to life tales of women coming of age, dealing with family traditions new and old, and it shows the good and bad representation for people of color in general. Kali’s writing is sure to pave paths for others with different eclectic backgrounds—conjuring great writers like Sandra Cisneros, Isabelle Allende, and Julia Alvarez. This book will for sure add Kali to the lineup of brilliant writers. Full of dark and touching subjects as well, I would definitely recommend Sabrina & Corina to people looking for familiarity within their culture or to those looking for a new fiction they may not be familiar with.

This is the queer, subversive Western I’ve been looking for! It reaches into the myth of the frontier and romanticization of colonialism in the Americas and pulls out a scandalous, hallucinatory, sexy, and beautiful story of liberation. At times a queer sentimental education, at others a throbbing pastoral, and often a romp with surprises around every corner. A bold translation that does justice to China Iron’s grace and bravado.

Elwood Curtis is a good guy, trying to live by the principles set out by Dr. Martin Luther King, Jr., but bad things always happen to good guys who are born in the “wrong skin.” That’s how Elwood ends up at the Nickel Academy, a reform school where young boys are abused in the name of providing “physical, intellectual, and moral training.” While at Nickel, Elwood befriends Turner, a kid with a more cynical worldview. Despite their personality differences, Elwood manages to teach his friend an invaluable lesson—it’s not enough to survive, you have to live. While this is a fictionalized story based on an actual reform school, it shines a blinding light on how racism in the educational system can impact a person for life. 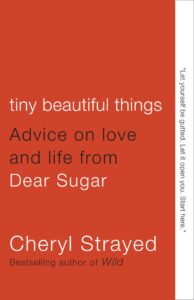 One of my all-time favorite books is Tiny Beautiful Things by Cheryl Strayed. This book in essays is compiled from Strayed’s “Dear Sugar” advice column, which she wrote anonymously on The Rumpus, an online literary magazine. Published in July, 2012, this book debuted at No. 5 on the New York Times Best Seller list. Strayed wrote for the column under the pseudonym “Sugar” without pay until the column ended in 2012, when she revealed her true identity. This book is beautifully raw, witty, heartbreaking and inspiring. I first read this book when I was experiencing a lot of personal grief and it was Strayed’s compassion, wisdom and unwavering faith in the mess and beauty of humanity that got me through it. I read this book at least once a year to remind myself of the hope that Strayed so easily instilled in me and so many that were left wiser for the experience. 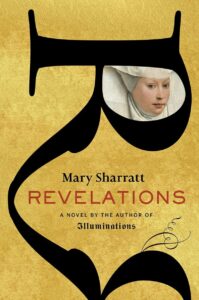 If you’re the kind of historical fiction reader that likes to interrupt their reading to scroll through Wikipedia, Revelations by Mary Sharratt will be a dream read. It’s based on a manuscript that was discovered in an English country house in the 1930s (supposedly while looking for an extra ping pong ball) but is now recognized as the first autobiography in the English language. Margery Kempe is a total enigma; she has the soul of a modern woman but is trapped in an unhappy marriage in Medieval England. After bearing 14 children, she fulfills her dream of going on spiritual pilgrimage, encountering many challenges and dangers along the way. Her story reminds us that global travel, though possible, was not quite as safe and easy as it is now, and that religious freedom was not guaranteed either. Her fascinating story will give you an unparalleled glimpse into what it was like to be a woman—and an independent and adventurous one at that—in the Middle Ages.

There are many layers to this book—the environment, extinction of animals, relationships, wanderlust, the sea, and love. This is the odyssey of Franny Stone—from humble beginnings in Ireland to a marriage filled with love, ache and loss, time in prison, and culminating with the desperate search aboard a fishing vessel for the migrating Arctic Tern, one of the few animals left on earth. Poignantly written with a dusting of humor, this is a book I urge you to read. At the end, you will need time for reflection before starting another. 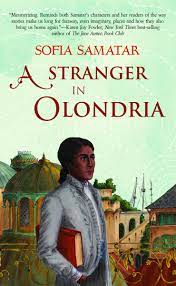 Sofia Samatar, A Stranger in Olondria

Immersive and deftly-written, A Stranger in Olondria is a love song to books and the lives (and souls) contained within them. With delicious turns of phrase and world-building on par with Ursula Le Guin, readers won’t want this story to end. I know I didn’t!

You know that book that just lives in your head, so much so that you can drift off into its pages anytime you want? That for me is Piranesi by Susanna Clarke, and I cannot recommend it enough. Piranesi is a man lost in a labyrinth. The only other person whom he speaks with comes every Thursday to meet with him; he calls him ‘Other’. But to Piranesi, time has lost all meaning. The only important thing left to him is his labyrinth, mapping the romanesque corridors, taking care of the statues and wildlife and learning the timing of the tides that run through it. But when Piranesi finds evidence of a third person in the labyrinth, he is unsure whether to find them or leave them alone.  His love for the labyrinth and everything encapsulated within it is palpable. I loved it alongside him and mourned leaving the labyrinth as I finished Piranesi. 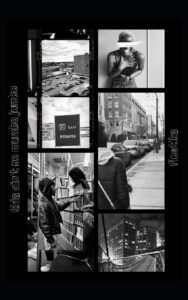 Floetiks, this ain’t no mumbo jumbo

You ever pick up a book that just feels good? Like literally feels good in your hands? That’s what I felt when I first picked up this ain’t no mumbo jumbo by Floetiks (@floetiks). This collection of poetry has a velvety finish with black and white pictures of scenes of Atlanta on the front cover. Before even opening the first page, it felt nostalgic and familiar. Organized into three sections—politics, love, and identity—this collection has range. Floetiks describes their style as “sweet with a little street.” The topics can be heavy but all the poems are accessible and thought-provoking. I know a lot of people are interested in anti-racist nonfiction, but I encourage everyone to read Black poetry too. Well before the 2020 uprisings, Floetiks spoke to the pain of hearing public service announcements of yet another Black person being killed by the police and the anxiety that comes with existing while Black. This is Floetiks’ debut collection, and it shows that independent Black creators have something powerful, important, and poignant to say. 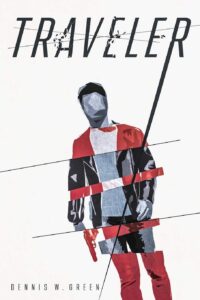 Traveler by Dennis W. Green is one of my favorite novels, is a local bestseller, and ranked in the Top Ten in the 2014 Ben Franklin Independent Publishing awards. It is also one of my favorite books to share with reader because it has elements of mystery, thrillers, and science fiction. While the premise of the main character Travis (Trav) Becker traveling between parallel universes and hunting a version of himself that is on a murder spree of killing other versions of himself sound complicated, Green shows great skill in rolling out the plot and the science behind the parallel universes in a fashion that intrigues the reader and keeps them wanting to know what’s going to happen next. 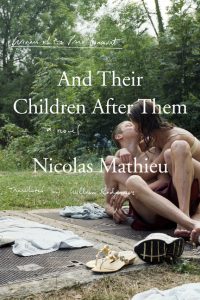 Nicolas Mathieu, And Their Children After Them

A spilled inkwell set into action by a 14-year-old boy wanting to see naked girls. Seems commonplace enough, but in lieu of cleaning up the mess, Mathieu lets the the ink slow-flow through the grooves and divots of the 1990s drawing board.  A dysfunctional and affectional domino effect that often turns left though the right blinker’s been on for miles.

Absorbing and poetic, each page of Halsey Street feels hauntingly familiar. Poignant issues of identity, race, class and family turmoil take center stage against the backdrop of a gentrified Brooklyn. It’s literally the perfect recipe for a page-turner. I’m also enamored by how masterfully Naima Coster creates this complex world of dualities: past versus present; perception of love versus the reality of love; even the familiar seems unfamiliar. She applies that same level of complexity to each character, humanizing even the most unforgivable acts without judgement. Halsey Street will leave you feeling nostalgic, emotionally raw, and in a state of introspection (but in a good way!). It’s real and beautifully written—it’s a necessary addition to every bookshelf! 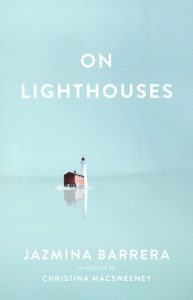 In trying to define what draws her to lighthouses, Barrera ekes out to the edge of her obsession by exploring the literary and historical significance of beacons. For the lonely, for the collectors, for the wandering, this book is a treasure and a fantastic gift for readers. While you won’t find a clear answer in the fog to head toward,  you’ll instead find permission, an allowance to treasure the quiet moments thinking about what you find impossibly captivating.

I’m not usually drawn to historical fiction with long, occasionally dense sections rather than short, digestible chapters, but Kaitlyn Greenidge’s mother-daughter story was a captivating exception that possessed the power to move me to tears. Inspired by the first female Black female doctor in the U.S., Libertie is also somehow even more than the history on which it’s based; Greenidge takes that history and crafts from it a powerful story about one young woman’s yearning to belong. We follow as Libertie learns from her ambitious, history-making mother and begins to make her own way in the world, as she discovers her power and determines who she is and who she wants to become. 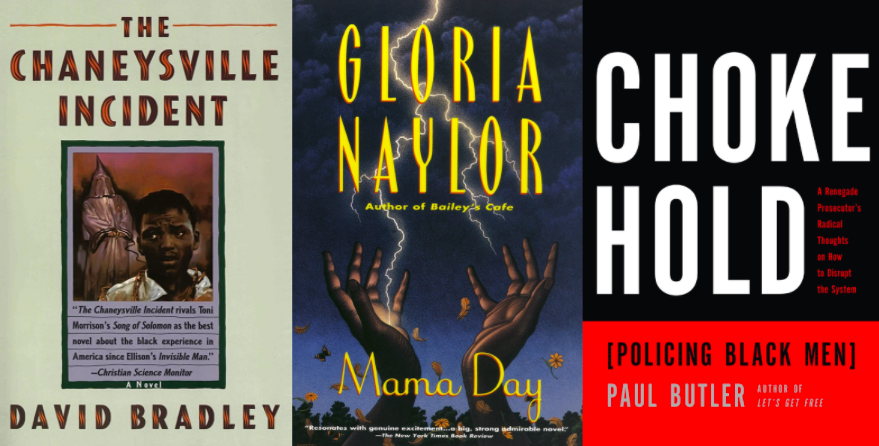 I’d love to recommend several books which I’ve read a number of times. The Chaneysville Incident by David Bradley and Mama Day by Gloria Naylor are two of the greatest books I’ve ever read, both concern African Americans and what we lost by being brought to America, among other issues. The fact that they are fiction in no way diminishes the power both have to talk about concepts which may be beyond our rational understanding. Both books start slow, but become page turners. Chokehold by Paul Butler should be taught throughout the country. It’s the best book on race that I’ve read in the last 25 years, with a central focus on police encounters and changing the culture of police—but also changing how people interact with police.