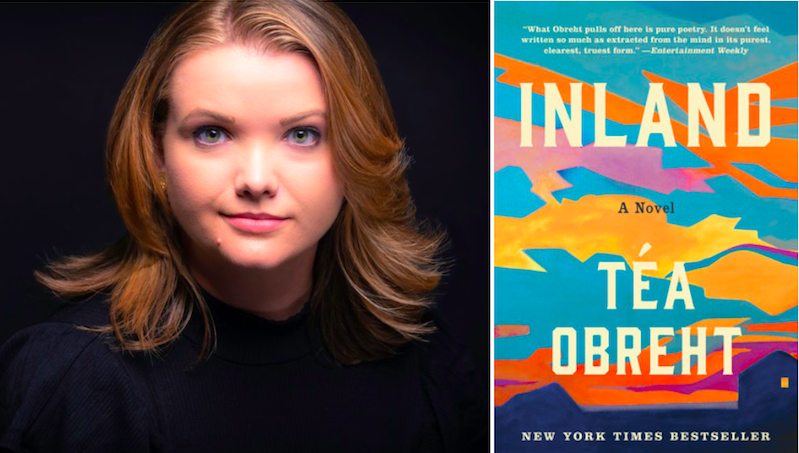 Téa Obreht on Ishiguro, Beloved, and The Master and Margarita

13 rapid-fire book recs from the author of Inland

This week, we spoke to Inland author, Téa Obreht.

Téa Obreht: In my native language, it was certainly some abridged form of The Jungle Book. In English, however, it might have been Joan Aiken’s eerie as hell collection of folktales, The Kingdom Under the Sea, which my mother ordered for me out of the annual school catalogue when we were living in Cyprus.

TO: I’m probably most faithful to Love in the Time of Cholera, but these days I also find myself constantly revisiting works by Proulx, Ishiguro, Baldwin, and Shirley Jackson.

TO: A Prayer for the Dying by Stewart O’Nan. It’s a pins-and-needles horror set during a post-Civil War plague, so perhaps not the most advisable read for the current moment—but it was the first novel I ever read written entirely in the second person, and it completely overhauled my understanding of what was possible.

TO: I just finished Fairest by Meredith Talusan and Stakes Is High by Mychal Denzel Smith in galleys, and I have to tell you, they’re both going to blow readers away this year.

TO: Kazuo Ishiguro’s The Remains of the Day, for sure. There are also moments in ZZ Packer’s Drinking Coffee Elsewhere, particularly in the stories that hit youthful rage and helplessness head-on, that put a lump in my throat.

TO: 2019 was a truly unbelievable year for books, but a steadfast favorite of mine from the very start of it was Salvatore Scibona’s The Volunteer. His style is pure magic.

TO: There are quite a few, but one that sticks out is Son of the Morning Star. Structurally, the book is bonkers, but its project is fascinating and the matter-of-fact contempt Evan S. Connell piles onto some of the principal bunglers of Custer’s final, disastrous campaign is excoriating.

TO: Lord of the Flies. Poor Piggy. Poor Simon. I mean, my God.

TO: I had the great honor of studying with TC Boyle at USC, and one of the texts he assigned was an anthology he’d edited called Doubletakes, the organizing principle of which was to present pairs of stories by the same author. It was an incredible way to get to know the short story form.

TO: The Master and Margarita by Mikhail Bulgakov, hands down.

TO: Toni Morrison’s Beloved. I didn’t realize it would become so important to me at first, because I’d only been in the US for about three years when I read it, and I had real difficulty with her prose style, which in that book is impressionistic and very trusting of the reader’s ability to fill in the gaps.

TO: The Days of Abandonment by Elena Ferrante and Parakeet by Marie-Helene Bertino. Both excellent in very different ways!

I think I’d have to say Fantastic Mr. Fox. It’s got grotesques and woodland plotters and marvelous food writing. What’s not to love?

Téa Obreht is the author of internationally bestselling novels The Tiger’s Wife and Inland. The recipient of numerous accolades and awards, including the 2011 Orange Prize for Fiction, the 2016 fellowship from the National Endowment of the Arts, and the 2019 Ballard Prize for Fiction, she will be serving as Endowed Chair of Creative Writing at TSU San Marcos in the fall. For now, she lives in Wyoming with her husband, Dan, a writer; and her dog, Gulliver, a dog. 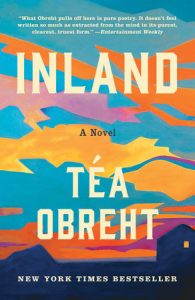