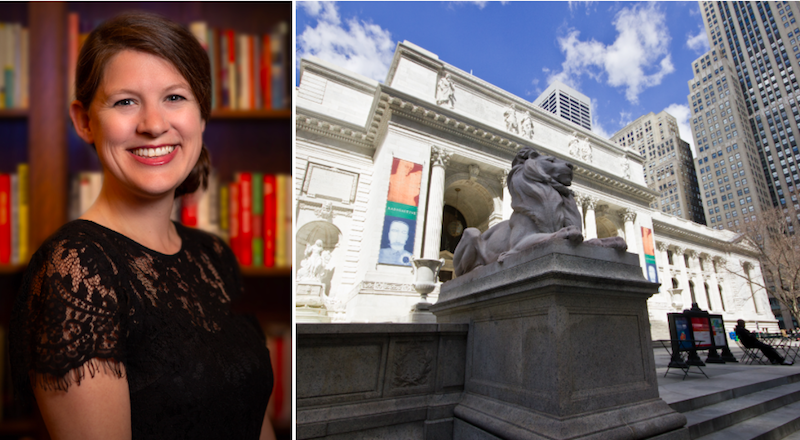 "In college I studied archaeology and education. Being a rare book librarian is really the vesica piscis of these two disciplines"

This week, we spoke to the New York Public Library’s Librarian for Manuscripts, Archives, and Rare Books, Meredith Mann. 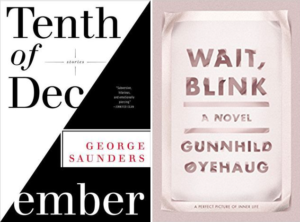 Meredith Mann: I should have figured it out much sooner! I’ve always gravitated toward teaching and learning—the more esoteric, the better—and in college I studied archaeology and education. Being a rare book librarian is really the vesica piscis of these two disciplines; books are physical artifacts, containing evidence of the times and people that made them within their paper, binding, and type. Not only do I get to learn from our collections, but I also have the opportunity to inform and learn from our researchers. It’s a would-be polymath’s dream.

MM: If I don’t know their tastes, I usually ask the person for a few books they’ve recently read and really liked, so that I can triangulate my recommendations a bit. That said, I often find myself suggesting George Saunders’ Tenth of December: I love his ability to find humor in the absurdity of the human experience, without it being at the expense of particular humans. I’ve also been really into Gunnhild Øyehaug lately, specifically Knots (short stories) and Wait, Blink (novel): she writes a great neurotic.

MM: I don’t use and am only vaguely familiar with the Dewey Decimal System. Dewey is usually used by branch libraries, while research libraries tend to organize their books by the Library of Congress’ classification system. And a lot of rare book collections, like mine, use a bespoke method customized to their holdings. Otherwise, the majority of our books would all be slotted into a small handful of call numbers.

MM: I’m lucky to work with collections that are rare or downright unique, and thus researchers with very specific, some might say ‘niche’ projects. Since I’m an avid crossword puzzler, I was very excited when David Kwong, a New York Times crossword constructor, wanted to take a look at our collection of material related to Riverbank Labs. For context, an early 20th century Chicagoan named George Fabyan believed Sir Francis Bacon to be the author of Shakespeare’s works, and that Bacon had encoded proof of his authorship within the texts. Fabyan tasked the team at Riverbank with discovering a cipher system to decrypt these messages; two of his employees, Elizebeth and William Friedman, went on to legendary careers in cryptanalysis. We have Riverbank’s original letters, deciphering notes, student exercises, and the like, providing an intimate glimpse into their daily work. David was so taken with the collection and the story it represented that it informed his show The Enigmatist. (And he kindly agreed to this shout-out!)

MM: I think the most important thing about the library is its long-term perspective. In an age where outcomes and funding are planned in short increments of time, the library represents a perpetual commitment in both space (as an institution for learning) and time (as a symbol for lifelong learning). It’s a place for independent thought that simultaneously recognizes our collective responsibility for preserving our cultural heritage.

MM: Any librarian that doesn’t shush you while sternly gazing over her wire-rimmed spectacles? I’m going with Viari, the ‘acquisitions scriv’ from Patrick Rothfuss’ Kingkiller Chronicle series. He’s a polyglot wizard who dresses like a bandit and travels throughout the known world to find books of especial value and bring them back to the university archives. If I were LARPing, I’d totally be Viari.

Meredith Mann is a Librarian for Manuscripts, Archives, and Rare Books at The New York Public Library, where she teaches and writes frequently on rare books and archival collections tied to literature, publishing, and social activism. She received her master’s in library science from Pratt Institute and master’s in teaching from the University of Virginia. She also serves on the review committee for the Library’s Helen Bernstein Book Award for Excellence in Journalism. When not at the Library, Meredith is probably baking a pie, doing the crossword, or watching birds.