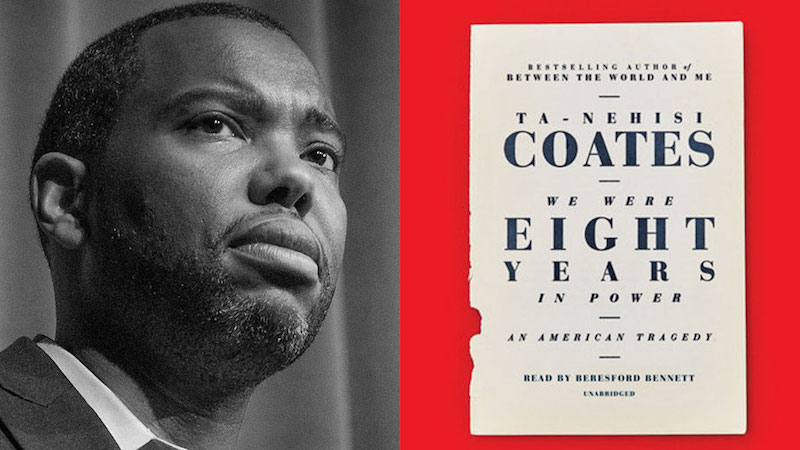 “We Were Eight Years in Power is Ta-Nehisi Coates’s modern book of lamentations — of a nation’s hope in tatters and change stifled by bigotry emboldened … Coates maps his own career path from unknown blogger to revered journalist invited by Obama ‘into the Oval Office to bear witness to history.’ His professional ascension, including his National Book Award-winning bestseller, Between the World and Me, coincided with Obama’s presidency, and this was not a coincidence. Too many people who should have known better declared Obama’s election as the Big Bang of a post-racial America, and Coates’s probing essays about race, politics, and history became necessary ballast for this nation’s gravity-defying moment … After spending much of this essential book looking backward, Coates stares squarely at our chaotic present in his most recent essay, ‘The First White President.’ It’s a scorching takedown of Trump, his calamitous presidency, and his open embrace of racism, something in which he was well versed long before he moved into the White House.”