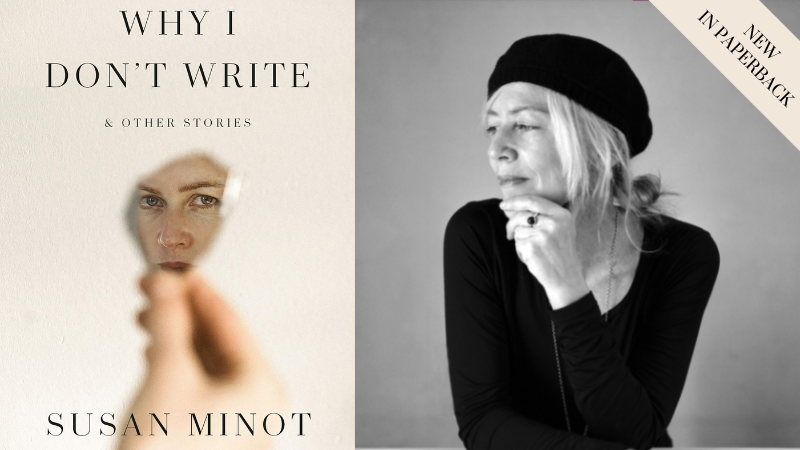 Susan Minot on Zora Neale Hurston, Bob Dylan, and Tender Is the Night

This week, we spoke to the author of Why I Don’t Write (out now in paperback), Susan Minot.

Susan Minot: Too many for favorites, but poems by their length win for most visited. From Emily Dickinson to Anne Carson. One good thing about being old (one must note the good things) is being able to re-read and re-read. Who said, the first time you read a book it’s like shaking hands with a person, the second time you get to know the person? The third and fourth and fifth times it just gets even more interesting.

SM: William Faulkner’s The Sound and the Fury. I was in high school and I entered another world and realized I’d gone there only on words. That fact blew my mind and made me want to be a writer.

More recently, George Saunders’ A Swim in the Pond in the Rain amazed me, both as a teacher of the short story, and as a writer. His ability to describe the mysteries and joys of reading, along with his process of writing, is delivered in an aw-shucks folksy Saunders way, but is deceptively complex and as penetrating as the best literary criticism.

SM: Usually three or four at the same time.

The Copenhagen Trilogy by Tove Ditleson. The third book is particularly good, a memoir about addiction told with an eerie coolness. We Are Not Such Things: The Murder of a Young American, a South African Township, and the Search for Truth and Reconciliation by Justine van der Leun, an involving exploration of South Africa while investigating the death of Amy Beal in the 1970s. To Love and Be Wise by Josephine Tey, the Scottish mystery writer. Excellent transgender shout out. I have gotten through the pandemic continuously reading detective mysteries. Also re-read Hemingway’s short stories.

SM: Dorothy Gallagher’s Stories I Forgot to Tell You, which came out this year. Not only it is a graceful and endearing portrait of grief, it is a slim masterpiece of writing.

SM: Jonathan Ames’ A Man Named Doll. Laughter began with the title. Along with more laughter I found my heart swelling with both emotion and noir appreciation.

SM: Last year, many copies of Caste by Isabel Wilkerson. Excellent take on race in our country. Recently I’ve given The Sleeve Ought to Be Illegal, an new anthology of short essays written by a long list of people about the art collection in the Frick Museum, with pictures of course. And for a slim novel which I always want to press into peoples’ hands: Dept. of Speculation by Jenny Offil.

SM: Literature needs all the help it can get, so I’m not going to be hater. But if we’re chatting at dinner, I could come up with a lot. I don’t usually agree with the general opinion.

SM: Raymond Chandler was very good at creating a thick atmosphere of sexuality in the air. Zora Neal Hurston too in Their Eyes Were Watching God. Milan Kundera. Mary Gaitskill. The long sex scenes in Vox by Nicholson Baker had an obsessive drive to them. Elizabeth Hardwick once said that sex scenes needed to have some humor, otherwise they would lapse into pornography.

SM: Wisconsin Death Trip (1973) by Michael Lesy. This collection of early American photos blew my mind in high school. But I have feeling it has a cult following.

SM: This favorite business is too hard, but I will say Bob Dylan’s Chronicles: Volume One because I also worship the author.

SM: F Scott Fitzgerald’s Tender Is the Night which I still prefer to the more celebrated Gatsby. And Sylvia Plath’s The Bell Jar. But not sure if that was assigned.

SM: One Morning in Maine by Robert McClosky. Or anything by Dr. Seuss.

Susan Minot is an award-winning novelist, short-story writer, poet, and screenwriter. Her first novel, Monkeys, was published in a dozen countries and won the Prix Femina Étranger in France. Her novel Evening was a worldwide best seller and became a major motion picture. She received her MFA from Columbia University and lives with her daughter in New York City and on an island off the coast of Maine. 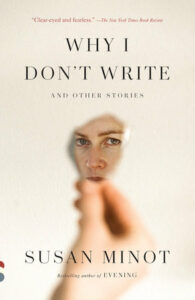