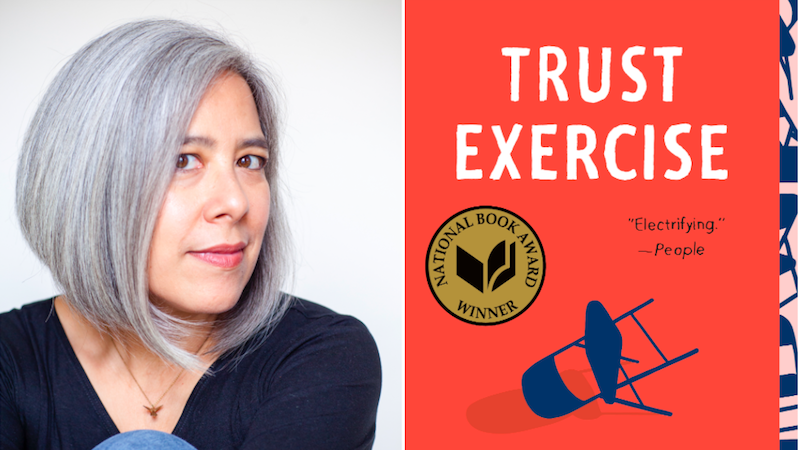 10 rapid-fire book recs from the author of Trust Exercise

This week, we spoke to the National Book Award-winning author of Trust Exercise, Susan Choi.

Book Marks: What’s your favorite book that you were assigned in high school?

Susan Choi: At the time, I think it was Carson McCullers’ The Heart is a Lonely Hunter, but in retrospect it’s Shakespeare’s Twelfth Night. I never would have read Shakespeare in high school on my own but when I was forced to read it, I loved it.

BM: What’s a book you were forced to read in high school that you still hate?

SC: I’m sorry to say, but The Sound and the Fury. High school ruined Faulkner for me.

BM: What’s a classic book on your TBR pile?

SC: Oh God. Proust. All of it. But I’m actually gonna go read it just as soon as I finish these questions.

BM: What’s a book whose structure blew your mind?

BM: What’s a book whose ending genuinely surprised you?

SC: War and Peace. When I finally got to the end I was like, Really? That’s how this ends?  I hope no one finds that discouraging. Every page of that book is fantastic. It’s just that to me, the ending didn’t feel…endy.

SC: Sigrid Nunez’s A Feather on the Breath of God. But it didn’t exist yet.

BM: What’s a book that you think most accurately depicts what it feels like to be a teenager?

SC: Anything by Ali Smith that has a teenager in it.

SC: OMG! Francisco Goldman’s The Ordinary Seaman. The most tender and hilarious sex scene ever and not just because there’s a squirrel. I read that scene out loud at a campfire once. People never looked at me the same way after that.

SC: The Prime of Miss Jean Brodie by Muriel Spark. So good!

SC: I can’t choose between The Complete Stories of Flannery O’Connor and Goodbye, Columbus by Philip Roth so they’ll have to duke it out. I’d actually love to see that.

Susan Choi’s first novel, The Foreign Student, won the Asian-American Literary Award for fiction. Her second novel, American Woman, was a finalist for the 2004 Pulitzer Prize and was adapted into a film. Her third novel, A Person of Interest, was a finalist for the 2009 PEN/Faulkner Award. In 2010 she was named the inaugural recipient of the PEN/W.G. Sebald Award. Her fourth novel, My Education, received a 2014 Lammy Award. Her fifth novel, Trust Exercise, won the 2019 National Book Award, and her first book for children, Camp Tiger, came out in 2019. A recipient of fellowships from the National Endowment for the Arts and the Guggenheim Foundation, she teaches fiction writing at Yale and lives in Brooklyn. 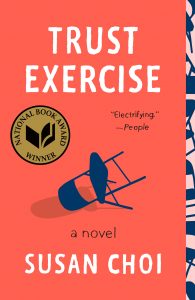