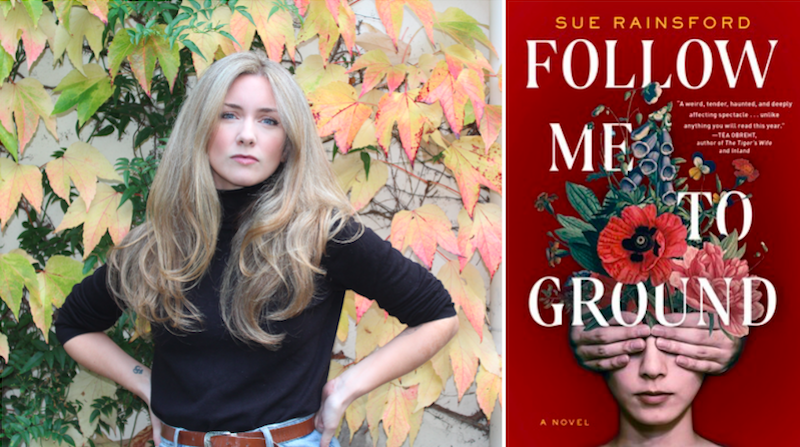 Sue Rainsford on A Little Life, The Second Sex, and Edgar Allan Poe

This week, we spoke to the author of Follow Me to Ground, Sue Rainsford.

SR: I’m a terrible re-reader, I might dip back in and read a few pages at a time but I hardly ever re-read a book in full. If there’s a book I’ve come close to re-reading it’s probably Ágota Kristóf’s The Notebook.

SR: I’ve always struggled with this question. When I was in the actual process of writing it, I felt it was conversing with Eimear McBride’s A Girl is a Half-Formed Thing, Faulkner’s The Wild Palms and My Abandonment by Peter Rock. Nonfiction-wise I see it as landing somewhere between Barbara Creed’s The Monstrous Feminine and Simone de Beauvoir’s The Second Sex.

SR: Anything by Bhanu Kapil, but especially Humanimal: a project for future children.

SR: Grieving by Cristina Rivera Garza and These Violent Delights by Micah Nemerever.

SR: Hanya Yanagihara’s A Little Life. I read it in 2016 and still think of Jude every other day.

SR: The Seventh Mansion by Maryse Meijer. I love everything about her as a writer; the rhythm of her prose, her visceral imagery, how she cuts to the deep quick of sensual experience and allows it to be both violent and tender.

SR: Ben Lerner’s 10:04. The whole trilogy actually made me laugh a lot and it was a really wonderful reading experience, as typically I only laugh at things that aren’t supposed to be funny.

SR: I was very lucky to have access to a lot of wide-ranging books growing up, and I think any of the books I now wish I’d read I probably wouldn’t have been ready to digest at the time. All the same, books like Lidia Yuknavitch’s The Chronology of Water, Anne Boyer’s The Undying and The Red Word by Sarah Henstra would have been useful in figuring out how to navigate the inherent precarity female bodies are confronted with on a daily basis, and learning how to look around the corners of what people try to tell you about your body and its desires.

SR: The Mysteries of Udolpho! I’ve been reading it on and off for years.

SR: Niamh Campbell’s This Happy. I love how precisely she captures the ambivalence that is often a basic premise of being physically intimate with another human.

SR: Kerstin Ekman’s Blackwater. People are familiar with Ekman’s Under the Snow, but I haven’t come across anyone who’s heard of Blackwater. Once I opened it I could not stop reading it. (It’s about to be made into a series by the same people who made The Killing, which will hopefully bring more readers its way.)

SR: Can I pick two? If so: Jean Genet’s Prisoner of Love and Motherhood by Sheila Heti.

SR: I loathed pretty much all of them, I think.

SR: The Boatman’s Daughter by Andy Davidson and Hunting Season by Julia Brennan.

SR: Hello? Is There Anybody There? by Jostein Gaardner.

SR: The Need by Helen Phillips.

Sue Rainsford is an Irish fiction and arts writer living in Dublin. She is a recipient of the VAI/DCC Art Writing Award, the Arts Council Literature Bursary Award and a MacDowell Fellowship. Her debut novel, Follow Me To Ground, received the Kate O’Brien Award when it was first published in Ireland by New Island Books, was long-listed for the Desmond Elliot Prize and the Republic of Consciousness Award when it was published in the UK with Doubleday, and received starred reviews from Publishers Weekly and Kirkus Reviews when it was published in the US with Scribner.  Her second novel, Redder Days, is forthcoming in March 2021 with Doubleday. 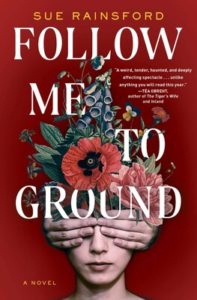