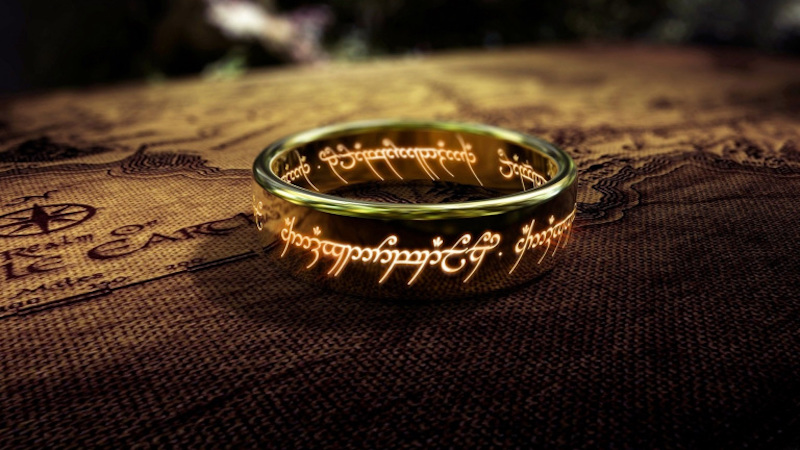 Stop all the Orcs: W. H. Auden on The Fellowship of the Ring

One Ring to rule them all, One Ring to find them,
One Ring to bring them all and in the darkness bind them.

“Seventeen years ago there appeared, without any fanfare, a book called The Hobbit which, in my opinion, is one of the best children’s stories of this century. In The Fellowship of the Ring, which is the first volume of a trilogy, J. R. R. Tolkien continues the imaginative history of the imaginary world to which he introduced us in his earlier book but in a manner suited to adults, to those, that is, between the ages of 12 and 70. For anyone who likes the genre to which it belongs, the Heroic Quest, I cannot imagine a more wonderful Christmas present. All Quests are concerned with some numinous Object, the Waters of Life, the Grail, buried treasure etc.; normally this is a good Object which it is the Hero’s task to find or to rescue from the Enemy, but the Ring of Mr. Tolkien’s story was made by the Enemy and is so dangerous that even the good cannot use it without being corrupted.

“The hero, Frodo Baggins, belongs to a race of beings called hobbits, who may be only three feet high; have hairy feet and prefer to live in underground houses, but in their thinking and sensibility resemble very closely those arcadian rustics who inhabit so many British detective stories. I think some readers may find the opening chapter a little shy-making, but they must not let themselves be put off, for, once the story gets moving, this initial archness disappears.

For over a thousand years the hobbits have been living a peaceful existence in a fertile district called the Shire, incurious about the world outside. Actually, the latter is rather sinister; towns have fallen to ruins, roads into disrepair, fertile fields have returned to wilderness, wild beasts and evil beings on the prowl, and travel is difficult and dangerous. In addition to the Hobbits, there are Elves who are wise and good, Dwarves who are skillful and good on the whole, and Men, some warriors, some wizards, who are good or bad. The present incarnation of the Enemy is Sauron, Lord of Barad-Dur, the Dark Tower in the Land of Mordor. Assisting him are the Orcs, wolves and other horrid creatures and, of course, such men as his power attracts or overawes. Landscape, climate and atmosphere are northern, reminiscent of the Icelandic sagas.

The first thing that one asks is that the adventure should be various and exciting; in this respect Mr. Tolkien’s invention is unflagging, and, on the primitive level of wanting to know what happens next, The Fellowship of the Ring is at least as good as The Thirty-Nine Steps. Of any imaginary world the reader demands that it seem real, and the standard of realism demanded today is much stricter than in the time, say, of Malory. Mr. Tolkien is fortunate in possessing an amazing gift for naming and a wonderfully exact eye for description; by the time one has finished his book one knows the histories of Hobbits, Elves, Dwarves and the landscape they inhabit as well as one knows one’s own childhood.

Lastly, if one is to take a tale of this kind seriously, one must feel that, however superficially unlike the world we live in its characters and events may be, it nevertheless holds up the mirror to the only nature we know, our own; in this, too, Mr. Tolkien has succeeded superbly, and what happened in the year of the Shire 1418 in the Third Age of Middle Earth is not only fascinating in A. D. 1954 but also a warning and an inspiration. No fiction I have read in the last five years has given me more joy than The Fellowship of the Ring.”