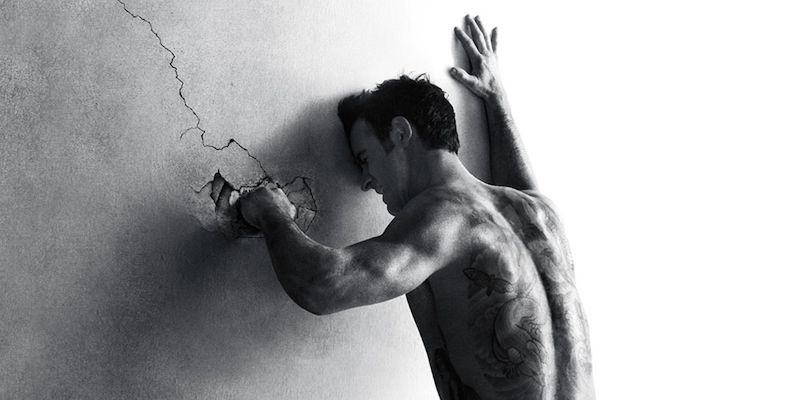 Stephen King on The Leftovers

"The Leftovers is, simply put, the best Twilight Zone episode you never saw" 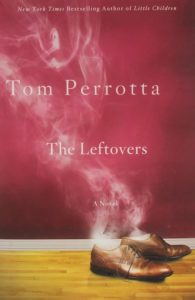 There’s not some finite amount of pain inside us.

Our bodies and minds just keep manufacturing more of it.

“Given the subject of his new novel, The Leftovers, probably no one followed the story of the noted evangelical (and former Internet hottie) Harold Camping more closely than Tom Perrotta, a novelist who is to the suburban enclaves of America what Sherwood Anderson was to Ohio. I’m betting that reviews of The Leftovers that do not link Perrotta and Camping will be few and far between.

For those of you who wasted the spring of 2011 following less substantive stories — tornadoes, nuclear meltdowns, unrest in the Mideast, the Further Adventures of Snooki — Camping is a preacher with an apocalyptic worldview, moderately hilarious dentures and strong ideas about the biblical prophecy known as the rapture. Some Christians believe that when the rapture comes, those who have accepted Jesus Christ as their personal savior will immediately be whisked off to heaven. The unbelieving majority will be left to suffer from five months to a year of war, disease and climatological upheaval.

After that, the earth will go pop and any surviving pagans will, presumably, be sent straight to hell, where the temperature is high and all the piped-in music is by the Singing Senators, featuring John Ashcroft and Trent Lott.

It’s hard to tell how many people actually believe in this lurid idea, but Camping’s video assurances that the rapture was going to occur on May 21, 2011, quickly went viral; one site offered a digital countdown to the big nonevent. Certainly there’s enough current interest in the End of Days to suggest that The Leftovers, Perrotta’s striking take on the rapture (or something like it), may be widely discussed and could become the subject of many a Sunday sermon. If so, it will deserve the attention. 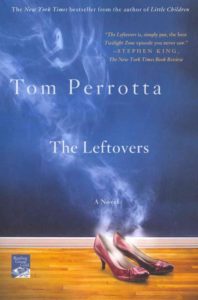 “Perrotta has delivered a troubling disquisition on how ordinary people react to extraordinary and inexplicable events, the power of family to hurt and to heal, and the unobtrusive ease with which faith can slide into fanaticism. The Leftovers is, simply put, the best Twilight Zone episode you never saw — not ‘The Monsters Are Due on Maple Street’ but ‘The Monsters Are Us in Mapleton.’ That they are quiet monsters only makes them more eerie.

The Garvey family — Kevin, Laurie and their two children, Tom and Jill — are the Mapleton residents at the center of Perrotta’s novel, which opens three years after a rapturelike event has whisked millions of people off the face of the earth. Just how many millions Perrotta doesn’t specify, but it can’t have been too many, because the phones still work and Starbucks still dispenses coffee by the grande. Nor do all (or even most) of the missing qualify as Camping-style Christians; those raptured away include Hindus, Buddhists, Muslims, Jews and the odd alcoholic. 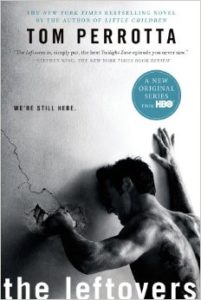 “Perrotta began his exploration of the stress points between religion and secular American life in his previous novel, The Abstinence Teacher. The Leftovers feels like a logical, if extreme, extension of those concerns. Not every character and motivation rings perfectly true, but the slow, sad drift of this suburban world into various forms of cultic extremism as a response to upheaval feels spot on…Perrotta suggests that in times of real trouble, extremism trumps logic and dialogue becomes meaningless. Read as a metaphor for the social and political splintering of American society after 9/11, it’s a chillingly accurate diagnosis.

Yet the novel isn’t completely bleak. If it were, we would care no more about these characters than about the ones who populate the post-apocalyptic Mad Max films. In fact, we come to care about them deeply, and Perrotta is wise enough to know that even in this bedroom-community version of Dover Beach, where ignorant suburbanites clash by night, the better angels sometimes prevail.

There is Perrotta’s beautifully modulated narration to admire, too. His lines have a calm and unshowy clarity that makes the occasional breakout even more striking, as when Laurie smells a freshly unboxed takeout pizza, the aroma ‘as full of memories as an old song on the car radio.’ Or when a suburban housewife recalls her husband’s job-­related BlackBerry obsession, his mind ‘so absorbed in his work that he was rarely more than half there, a hologram of himself.’ Lines like that offer their own form of rapture.