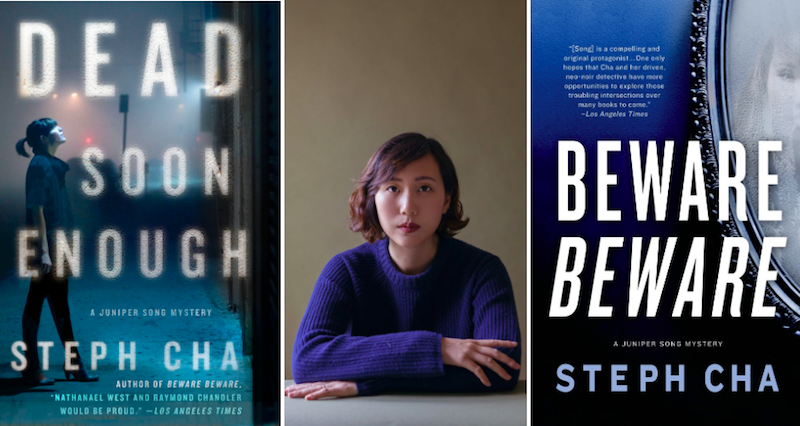 "It's not hard to shit on an easy target––you can even dance a little while you do it."

This week we spoke to the Los Angeles-based author and critic, Steph Cha. 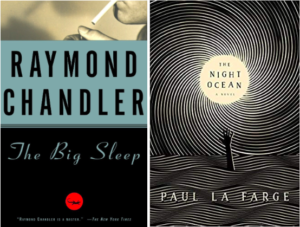 Steph Cha: This might be predictable, given my main beat, but I would’ve loved to take a crack at The Big Sleep. Granted, there’s almost no way someone like me would’ve existed when it came out (a female critic born and raised in Korean-American Los Angeles), but I read Chandler for the first time as a native Angeleno without much exposure to the crime genre, and I remember the wallop of joy that came with “discovering” his writing. I feel like he’s been copied so often (I’m one of the innumerable writers in his debt) that it’s hard to read him without the weight of his legacy, and I think it would’ve been fun to evaluate it as a new novel rather than as a foundational text of a genre.

SC: I wouldn’t say it’s unheralded, as everyone who’s read it likes it, but I loved The Night Ocean by Paul La Farge and am surprised it didn’t get more widespread recognition. It’s an incredible novel that changes shape every fifty pages or so, unfolding and unfolding and unfolding. In brief it’s about deceit, obsession, and H. P. Lovecraft, but you really just have to read it.

SC: I don’t know if this is a misconception, exactly, but I do feel like the reviews that get the most attention tend to be pans, even though most professional book reviews are positive. I enjoy a good pan as much as the next person, but they’re rarely necessary or productive. (Plenty of exceptions, of course. I’ve definitely written a few of my own.) They’re also super easy to write. It’s not hard to shit on an easy target––you can even dance a little while you do it. It takes more skill and care to identify what works and why. Of course, positive reviews don’t tend to generate tons of conversation, but they do make up the bulk of criticism for good reason.

SC: I wasn’t paying attention to book criticism before the age of social media, but my guess is that it’s become a lot more diffuse, with fewer paid critics and a million more critics on GoodReads and various blogs. I’m a Yelper (my first editor at the L.A. Times tapped me because of a Yelp review), so I’m not going to act like I don’t believe in the democratization of criticism and the wisdom of the crowd. It would be great, though, if there were more money for book criticism, so more books could be covered in major trusted outlets by a larger stable of professional critics.

SC: Charles Finch! We’re friends, but every time I read one of his reviews, I get a little intimidated. I mostly do kind of conversational, closed universe book reviews, so I really admire the critics who bring a lot of elegance and knowledge into every review.

Steph Cha is the author of Follow Her Home, Beware Beware, and Dead Soon Enough. Her fourth novel, Your House Will Pay, will be out from Ecco in 2019. She’s the noir editor for the Los Angeles Review of Books and a regular contributor to the Los Angeles Times and USA Today. She lives in her native city of Los Angeles with her husband and two basset hounds.