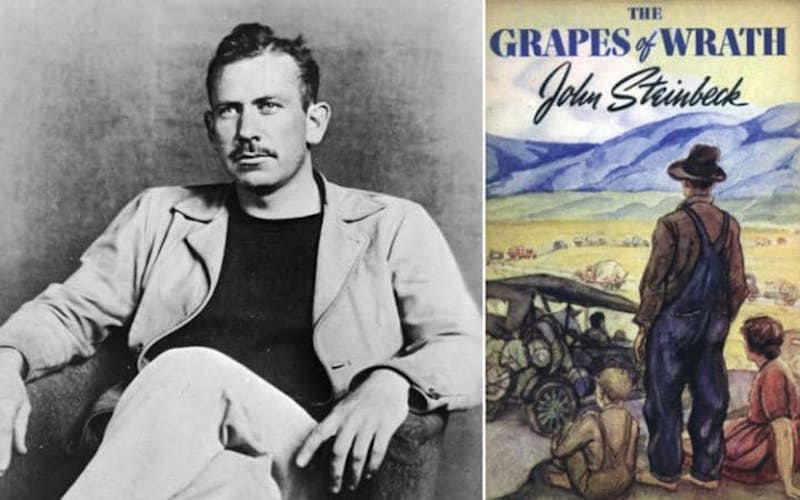 "Steinbeck’s longest and angriest and most impressive work" 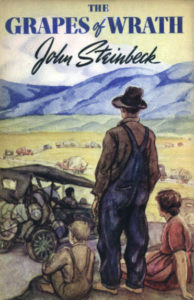 “Steinbeck’s longest and angriest and most impressive work … There are deaths on the road—Grampa is the first to go—but there is not much time for mourning. A greater tragedy than death is a burned-out bearing, repaired after efforts that Steinbeck describes as if he were singing the exploits of heroes at the siege of Troy … The first half-dozen of these interludes have not only broadened the scope of the novel but have been effective in themselves, sorrowful, bitter, intensely moving. But after the Joads reach California, the interludes are spoken in a shriller voice. The author now has a thesis—that the migrants will unite and overthrow their oppressors—and he wants to argue, as if he weren’t quite sure of it himself … Yet one soon forgets the faults of the story. What one remembers most of all is Steinbeck’s sympathy for the migrants—not pity, for that would mean he was putting himself above them; not love, for that would blind him to their faults, but rather a deep fellow feeling. It makes him notice everything that sets them apart from the rest of the world and sets one migrant apart from all the others.”