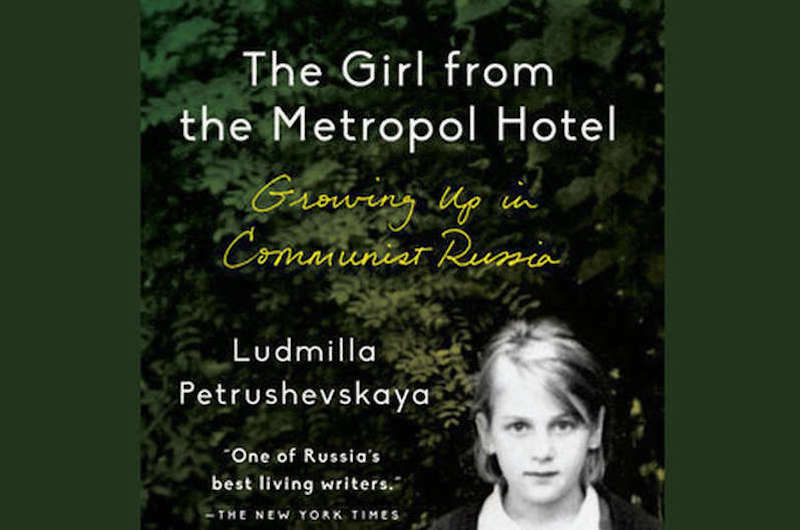 Petrushevskaya's childhood memoir The Girl From the Metropol Hotel, reviewed by Ilya Kaminsky in The New York Times 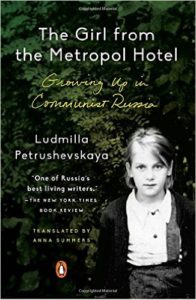 “Ludmilla Petrushevskaya’s slender, fragmentary memoir, The Girl From the Metropol Hotel, is strangely much closer in tone and craft to Soviet absurdist poetry than it is to these classic memoirs. That poetry is exemplified by authors such as Daniil Kharms and Aleksander Vvedensky, known for their farcical depictions of early Soviet life in all its casual brutality … The translator Anna Summers’s inspired introductory essay helps to present this book as a memoir of war, events therein echoing the misfortunes currently inflicted on other young girls from Ukraine to Syria and beyond. In this context, Petrushevskaya’s powerful memoir reminds us that, as Ingeborg Bachmann once wrote, ‘war is no longer declared,?/?it is continued.’ Like a stained-glass Chagall window, Petrushevskaya’s Soviet-era memoir creates a larger panorama out of tiny, vivid chapters, shattered fragments of different color and shape. She throws the misery of her daily life into relief through the use of fairy-tale metaphors familiar to fans of her fiction … Ultimately, the girl emerges not only uncrushed but one of Russia’s best, and most beloved, contemporary authors, which brings to mind Auden’s famous words about Yeats: ‘Mad Ireland hurt him into poetry.’ This memoir shows us how Soviet life hurt Ludmilla Petrushevskaya into crystalline prose.”