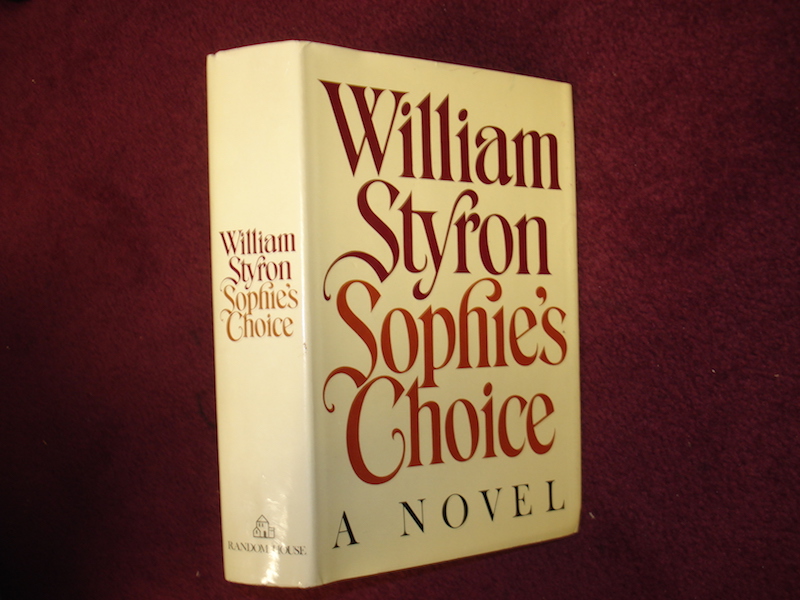 Sophie's Choice and the burden of commentary 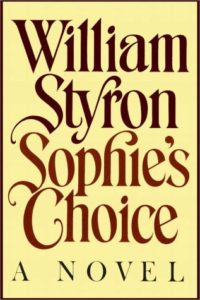 “Once again William Styron has ended a protracted literary silence by the publication of an ambitious book on an overwhelmingly important subject. As with The Confessions of Nat Turner, which came out in 1967 before the Vietnam War overtook the civil rights movement as the leading preoccupation of liberal America, the timing is propitious. For one of the aims of Sophie’s Choice is nothing less than to understand the Holocaust, and the book makes its appearance just when a spate of material—historical, documentary, cinematic, and fictional—has created a mass audience for what is rapidly becoming the favorite horror show of our times

It should not be necessary to defend the right of Styron—a non-Jew, a Southern Protestant in background—to this subject matter—any more than his right to assume, in the first person, the ‘identity’ of the leader of a slave rebellion in Virginia in 1831. But there is a danger that the volatile, emotionally charged nature of the material, combined with the publicity and commercial expectations attendant upon an ‘important’ book by a writer of Styron’s position, will obscure, one way or another, the extent to which Sophie’s Choice succeeds or fails as a work of literary art. Such was the fate of The Confessions of Nat Turner, which was exorbitantly praised by a number of reviewers and then bitterly attacked by a number of blacks on largely nonliterary grounds. 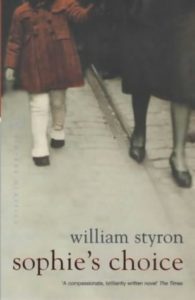 “In approaching the Holocaust from the Polish side, Styron has undoubtedly opened up a whole new area of historical awareness and imagined experience—at least as far as most American readers of fiction are concerned. One guesses that the research has been thorough and conscientious. The ‘raw material’ itself is nearly always interesting, particularly as it relates to occupied Warsaw, to the troubled relations between the Polish underground and the inhabitants of the ghetto, and to the enslavement of the hapless Slavs in the manufacturing (as distinct from the exterminating) function of the camps. Styron’s grasp of the mentality of the Nazi officials is plausible, though based rather heavily upon assumptions made familiar to us by Hannah Arendt and others. In short, one must respect Styron’s ambition to enter the inferno through a new fissure, with a Polish girl as his guide.

But there is a difficulty concerning the guide herself: Styron never quite brings Sophie into fictional life. Only occasionally in his novels has Styron shown a flair for the intuitive psychological perception of character and its imaginative and linguistic projection—Peyton in Lie Down in Darkness comes to mind; in Sophie’s case the lack of such a rendering is unfortunate, since an ‘understanding’ of her is meant to facilitate an understanding (doomed, as it turns out) of Auschwitz itself. She remains a parcel of fragments—a good girl, a liar, a tender and loyal friend, an incipient alcoholic, a candidate for suicide, and a terrific lay. These inconsistencies have, of course, their rationale; she has after all been destroyed and put together again. But the sense that there was ever a recognizably distinct personality to be undone is not conveyed. 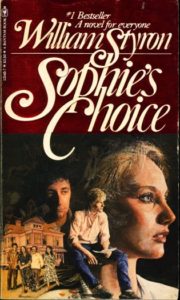 “Then there is the difficulty faced by any novelist bold enough to advance directly into the mortal hell of Auschwitz: how is such ‘extreme’ material to be contained within a fictional or dramatic framework, how is it to be kept from ‘leaping out of the book,’ so to speak? … Although the Warsaw-Auschwitz sections together amount to no more than one-fifth of the total length, the remainder of this long novel is no match for their intensity. Styron’s attempt to create a fictional matrix strong enough to sustain them leads him into melodrama and into thematic and stylistic hypertrophy that undermine the high seriousness of his intentions. For a while I was caught up in the Nathan-Sophie relationship, but soon my curiosity gave way to annoyance at the crudity of the plot manipulations and the growing preposterousness of the characterization.

“The novel is made to drag along an enormous burden of commentary, ranging all the way from the meaning of the Holocaust, the ineluctable nature of evil, the corrosive effects of guilt, the horrors of slavery, and the frailty of goodness and hope to such topics as the misunderstanding of the South by Northern liberals, Southern manners as opposed to those of New York taxi drivers, and the existence of prejudice and cruelty in even the best of us … My objection is not to significant themes as such (great novels need them) or to the inclusion of numerous obiter dicta (good novels can usually afford them) but to the fact that so many are insufficiently dramatized, that they involve so much adolescent breast-beating, that they too often seem like obvious bids for profundity—or else merely symptoms of Stingo’s garrulity.”