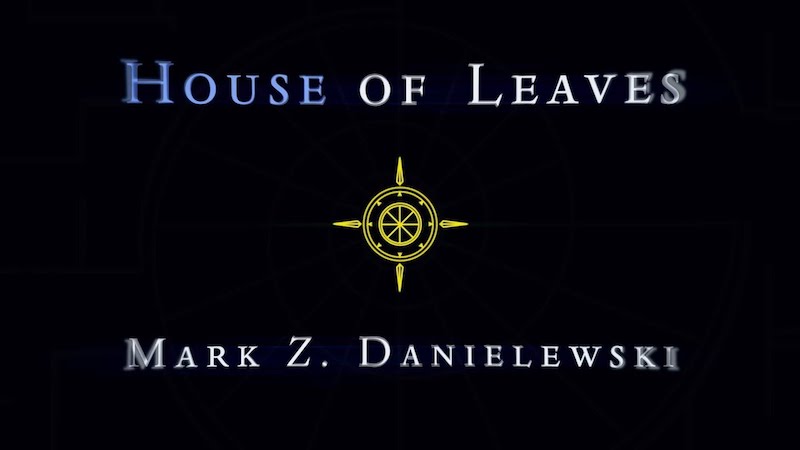 Finding Borges and Moby Dick in House of Leaves 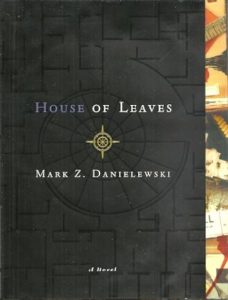 “Borges once explained in an interview that he often had ideas for esoteric books, which, however, he could not bring himself to write. Instead, he would pretend the books already existed, and write fictions around them. As a cunning footnoted allusion in this novel to Borges’s story ‘Pierre Menard, Author of the Quixote’ reveals, Mark Danielewski has stolen the idea and built an enormous, scholarly-gothic fiction around a non-existent film.

The film, The Navidson Record, is a documentary made by Will Navidson, a photojournalist who has forsaken war zones in order to repair his marriage. Together with his wife Karen and their two children, Navidson moves into a pretty house in the country and sets up Hi-8 cameras in every room, thinking to make a homely family record. But everything is not as it seems. While working on the house one day, Navidson discovers that it measures three quarters of an inch longer on the inside than on the outside.

Navidson calls friends and borrows tools to try to eliminate the illusion, but it persists. And then, between two adjoining rooms, there opens up an impossible 10-foot hallway, black and icy. There is something very wrong. The Navidson Record becomes a vérité horror film as Will and his friends try to explore the anomalous space, which rearranges itself periodically with a roar, and expands into terrifying volumes of darkness. 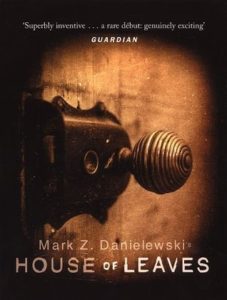 “Danielewski thus weaves around his brutally efficient and genuinely chilling story a delightful and often very funny satire of academic criticism. In one way, and after the manner of Moby-Dick, the novel is its own Leviathan commentary (Danielewski even collects a Melvillean encyclopaedia of quotations about houses in one of the book’s voluminous appendices). Every possible mythological and literary analysis of the story of Navidson’s house is already provided in the text, but the house’s impossibly vast, dark interior spaces, like the White Whale, finally shrug off all projected interpretation. Yet even that is not enough: Danielewski piles on even more narrative frames, ultimately to the novel’s detriment.

“House of Leaves, even so, is a superbly inventive creation. It is not mere genre fiction, because the author so gleefully ignores the conventions of horror: no finally unmasked monster, no ghosts, no malign extraterrestrials. There is only the house. A diabolic architectural analogue of Borges’s universal library, the house perturbs the reader’s imagination because space – the dispensation of walls and floors, the certainty of relative topography – is normally the one thing we can rely on absolutely. The thousands of miles of pitchy corridors, vast vaulted caverns and spiral staircases opening up within the house are an affront not just to reason but to that pre-rational, hard-wired faith that enables us to move at all. Will Navidson eventually returns to the house because he has decided that it is God.

“It is not often that a reviewer devours a 700-page novel at one sitting; but I did, recklessly ignoring slimmer volumes that had more urgent claims upon my attention. House of Leaves is partly hobbled by the invasive, unconvincing voice of Johnny Truant, but it is nonetheless a rare debut: genuinely exciting in its technical and literary exuberance. If The Blair Witch Project were a true documentary, and there were a tireless new Borges around to analyse it, the result might be something like this deeply interesting book.”