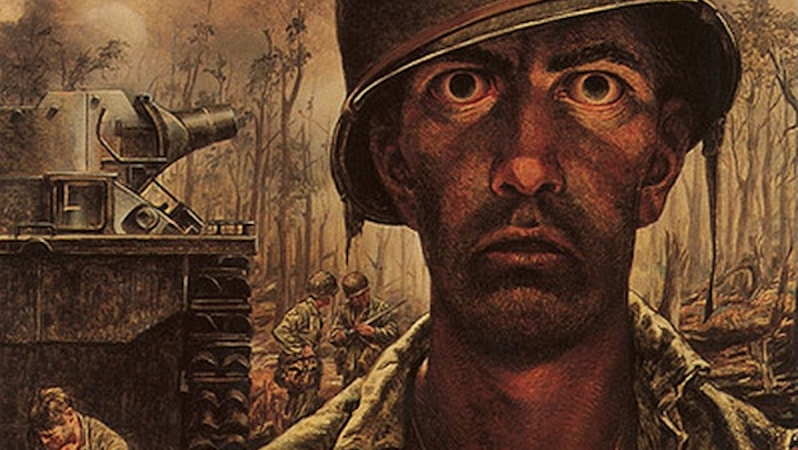 Saturation Bombardment: On Norman Mailer's The Naked and the Dead 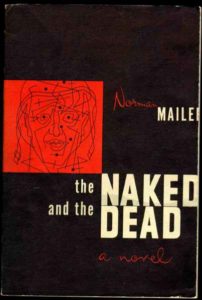 I HATE EVERYTHING WHICH IS NOT IN MYSELF

“Perhaps Mr. Mailer should not be damned for attempting to reduce by frontal assault what better writers have failed to win by infiltration. The Naked and the Dead—the story of an imaginary battle in the Pacific—trumpets his dusty answer to the brutality of modern war. Undoubtedly the most ambitious novel to be written about the recent conflict, it is also the most ruthlessly honest and in scope an integrity compares favorably with the best that followed World War I. Even in its repetitiousness, wordiness, and overanalysis of motive, it is a commanding performance by a young man of 25 whose gifts are impressive and whose failures are a matter of reach rather than grasp.

The Naked and the Dead is an enormously long novel, washed up by the choppy waters of disillusionment, leaving nothing to the imagination. It is a saturation bombardment with every target hit at least three times. It is virtually a Kinsey Report on the sexual behavior of the GI. Its style is an almost pure Army billingsgate that will offend many readers, although in no sense is it exaggerated: Mr. Mailer’s soldiers are real persons, speaking the vernacular of human bitterness and agony. It gives off a skyglow that is quite faithful to the spectrum of battle, and exposes the blood, if not always the guts, of war. Yet for all its virtuosity, its deafening emotional cannonades, it is primarily a series of brilliant skirmishes; the central objective is never taken. 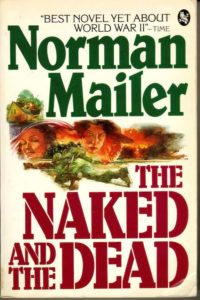 “For one thing, we are not quite sure what the objective is. Mr. Mailer obviously doesn’t like war, or the people who fight it, but this is hardly an original theme. He tries very hard to show that much of its unpleasantness comes from the nature of the participants, and that their nature, in turn, is warped by the circumstances inevitable in the conditions of war and the climate of a military organization. But not entirely.

The generation that grew to manhood on the eve of the last war was not ideally suited to saving the world for democracy. It had been blighted by depression. Its minorities—two of the characters are Jewish, one a Mexican- America—had not yet been assimilated fully into the national dream. Even the dominant groups represented competing sectional and economic interests. In peace, the differences are adjustable. In war, Mr. Mailer believes, they become intensified, for the system gives men unprecedented degrees of power. How the GI—in his less virtuous moments—got the way he did, is the subject of this novel. 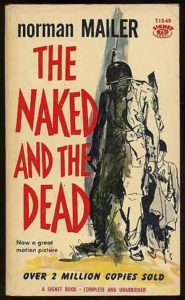 “The battle is seen through the eyes of a single platoon, plus a major and a general. For the author’s clinical purposes, they are an exposed nerve, exhibiting the whole shock of battle. A fighting unit, the men are nevertheless a collection of individuals. Each is studied, in crisply written flashbacks, as the product of a certain environment. If there is any doubt that Mr. Mailer is a perceptive, skillful writer, these vignettes will dispel it. By contrast, the main narrative is often sluggish; too much of the boredom of war is translated literally; the nexus between the characters’ pasts and their battle existence is sometimes thin. The general, furthermore, on whom so much of the story’s motivation depends, is clearly an over-intellectualized version of a Fascist, neither convincing nor typical.

These are faults, but they detract little from the book’s overall power. The scene in which Gallagher continues to get letters from his dead wife—written before she died in childbirth but delivered for a month after he had been notified; the death of Wilson, among the most lingering in all war literature; the pointless, sadistic effort on the part of Platoon Sgt. Crofts to get his men to scale a mountain—these are moments which deeply touch the heart of war. They are a triumph of realism, but without the compassion which gives final authority in the realm of human conduct. The Naked and the Dead is not a great book, but indisputably it bears witness to a new and significant talent among American novelists.”