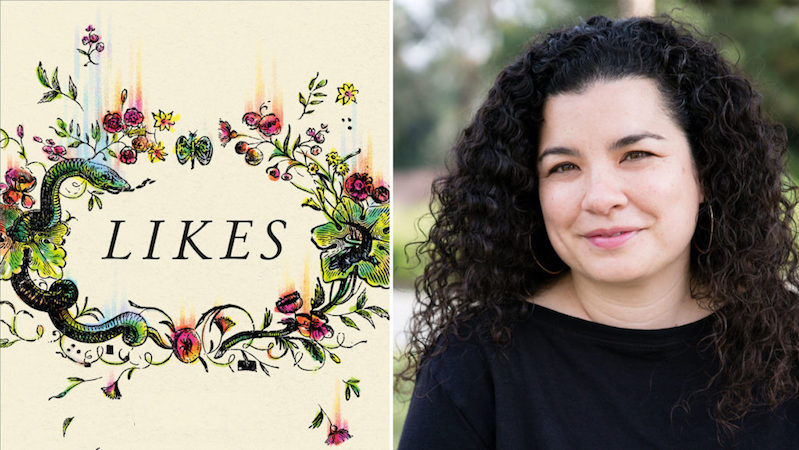 10 rapid-fire book recs from the author of Likes

This week, we spoke to Likes author Sarah Shun-lien Bynum.

Sarah Shun-lien Bynum: I remember loving An Episode of Sparrows, by Rumer Godden, which I read in school when I was twelve. For a long time it was out of print and hard to find, but thankfully NYRB reissued it a few years ago. Post-war London, unsupervised children, the irrepressible urge to garden—and Godden’s magically full sentences, teeming with life and semicolons. It worries me a bit that the books written nowadays for young people often consist of so many short and relatively simple sentences—which isn’t to say that these books can’t be powerfully or lyrically written—just that I wonder if the next generation of readers will find themselves resistant to complicated syntax and expansive sentences.

SB: The last book I read was Theory by Dionne Brand, and I was delighted by it: a very funny, very sinuous portrait of three past lovers and an epically unfinished dissertation.

SB: LA-based Clockshop, in collaboration with the Huntington Library, published a limited-edition book last year about the unsung historian Delilah Beasley, and at its center is a story by Dana Johnson called “Our Endless Ongoing.” I was moved by Beasley’s determination to chronicle the lives of early Black Californians in the face of great difficulty and skepticism; I was even more moved by Johnson’s ability to transform archival research into a complex, nuanced, richly drawn story of a life—a life I wouldn’t have known about if not for the force of Johnson’s attention and imagination. Johnson does for Beasley through fiction what Beasley did one hundred years earlier for so many “Trail Blazers of California” through her tireless documentation—she refused to let them be erased.

SB: I love Aimee Bender’s recent novel, The Butterfly Lampshade, so much—it captures the mysterious workings of memory and consciousness and childhood perception and mental illness in a story that is mesmerizing, tender, disturbing, funny, and deeply serious all at once.

SB: I had the huge pleasure of re-reading Muriel Spark’s The Prime of Miss Jean Brodie earlier this month in the company of excellent, insightful readers, thanks to A Public Space’s virtual book club, #APSTogether. I chose the book having not read it in many years but with a clear memory of its comedy and bite, and I was so relieved to discover that it is as good as, in fact better than, I remembered—and that Spark still makes me laugh out loud with her irreverence and brevity and off-kilter wit.

SB: I had to teach Fahrenheit 451 when I was an eighth grade English teacher, and I was decidedly unenthusiastic. Its didacticism seemed to make any “teaching” of it unnecessary; I couldn’t think of anything to say about the book that wasn’t already obvious. Sometimes during the year my students would get impatient with literary analysis and ask questions like, “Was Salinger really thinking about the symbolism of ducks when he wrote this?” and normally I would say no, Salinger probably wasn’t thinking consciously about symbols, but by getting so deeply inside Holden’s mind, he was drawn toward fictional details that ended up having a lot of power and meaning, like the ducks. Or something along those lines. But it was hard to make this case with Fahrenheit 451. Every detail in that book felt laboriously designed for maximum symbolic effect.

SB: That’s easy. I like the sex scene between the narrator and her husband in Mary Gaitskill’s story “The Agonized Face,” in her collection Don’t Cry. I don’t remember what the rest of the story is about—my memory is poor, and I read the book when it first came out, eleven years ago—but that sex scene, with its utterly precise and original language, its beautiful arc, its careful accounting of shifts in feeling, will always stay with me.

SB: The Sound and the Fury. I had a wonderful teacher, Kay Herzog, who taught 11th grade American literature with the care, curiosity, and dispassion of someone not American—she was English. Before we even began reading the book, she had us copy out Macbeth’s speech about “Tomorrow, and tomorrow, and tomorrow,” on the title page, and then we memorized it. Her syllabus was organized chronologically, starting with John Winthrop, so by the time we arrived at Faulkner we’d read enough that we could place him in some historical and literary context. In our books we drew a family tree for the Compsons and we created a detailed timeline that we kept adding to as we read. I just remember a sense of shared endeavor, and also a lovely feeling of being well-provisioned. I felt completely open to wherever Faulkner’s language was going to take us.

SB: My enduring favorite is Duffy and the Devil, by Harve and Margot Zembach. It won the Caldecott Medal in 1974 and is based on a Cornish folktale that bears a strong resemblance to “Rumpelstiltskin” but is funnier and feistier.  It’s full of words like “fuggy-holes” and “confloption” and phrases like “plodging through brake and briar” that go perfectly with the cozy, jovial, disheveled feel of the illustrations.

SB: Sam Greenlee’s The Spook Who Sat by the Door was adapted into a movie in 1973 and then quickly pulled from the theaters due to its “incendiary” content. We’re long overdue for another adaptation, and I think the sophisticated long-form storytelling of television would give full play to the novel’s radical (and timely) premise.

Sarah Shun-lien Bynum‘s short story collection Likes was released by FSG in September. She is also the author of two novels reissued by Picador this October: Ms. Hempel Chronicles, a finalist for the PEN/Faulkner Award; and Madeleine Is Sleeping, a finalist for the National Book Award and winner of the Janet Heidinger Kafka Prize. Her fiction has appeared in many magazines and anthologies, including the New Yorker, Ploughshares, Tin House, The Best American Short Stories, and the O. Henry Prize Stories. The recipient of a Whiting Writers’ Award and an NEA Fellowship, she was named one of “20 Under 40” fiction writers by the New Yorker. She lives in Los Angeles.

Sarah Shun-Lien Bynum’s Likes is out now from FSG