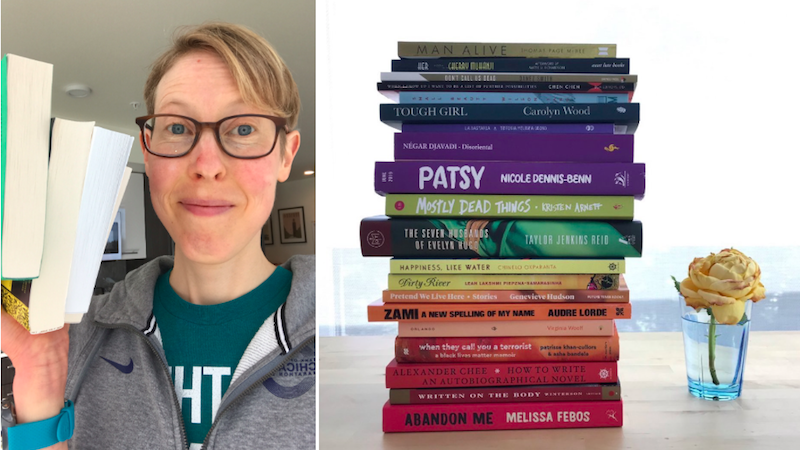 This week we spoke to Seattle-based critic, Sarah Neilson. 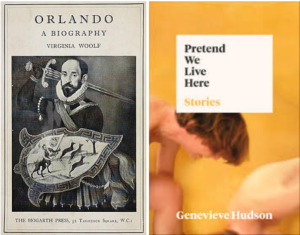 Sarah Neilson: The first one that comes to mind is Virginia Woolf’s Orlando, because when I first read it I was almost shocked at how freely and explicitly she played with gender and sexuality in the text. From the vantage point of the present, it feels like it would have been very ahead of its time, but how fun (or funny? or terrifying?) would it be to know what I would think about it in 1928? Virginia broke so many rules both in the content and structure of her writing, which is a big reason why I love her, and it would be so interesting to have seen that happening in real time. Perhaps I would have found much-needed solace in a queer narrative, and found permission or bravery to talk about that narrative in a review.

SN: This is a tough one. If 2018 counts, I would say Genevieve Hudson’s Pretend We Live Here, a collection of short stories that is small but unbelievably mighty. Hudson’s writing is incredibly self-possessed and such a joy to read- both gothic and light-hearted, basically glowing with gorgeous imagery, and capable of making me laugh audibly and be wiping away tears by the next page.

SN: I think it’s a misconception that only a certain class of people can have something useful to say about literature. This is not a universal misconception by any means, but I still meet people who think being a critic means being an older white man with degrees and connections and more often than not a lot of elitist things to say. While white men are still favored in most of the more powerful (i.e. monied) publications, there are a lot of diverse voices both in publishing and criticism whose insights and opinions are contributing so much value to cultural conversation (which is what criticism is). They need to get paid more and have wider platforms, but they’re there and growing.

SN: Personally I think social media has added a lot more value to book criticism than it has eroded it. There are so many think pieces out there about how critics don’t feel they can be truly critical anymore because of social media, or that criticism is somehow watered down because more people are engaging in it. But some of the best book reviews I’ve ever read were Instagram captions, and because social media is so accessible, it can broaden the conversation about books and literature in a powerful way. Of course social media has its major flaws—algorithms that filter what we see, a value system based on likes—but I’ve seen a lot of good come from the access and platform is provides for critics and writers alike.

SN: My favorite reviews are often written by the writers I already love. Melissa Febos, Kristen Arnett, Samantha Irby, Genevieve Hudson, Kimberly King Parsons, Ilana Masad, Carmen Maria Machado, Alexander Chee, Lauren Groff, the list goes on. When a writer I admire writes a review or critical essay, I’m going to read it and likely be inspired by it. I also follow a lot of folks who consistently write great reviews and/or put fantastic diverse titles on my radar via blogs or social media: Charlott Schonwetter from the Have You Read? blog, Jessie of @blackgirlreading, Paris Close of Paperback Paris (who also has a fantastic Instagram), Sonya of @wocreader, Allison of @allisonreadsdc, Reggie of @reggiereads, and Karla Strand who writes a blog and a column for Ms Magazine called Reads for the Rest of Us, to name just a few.

Sarah Neilson is a freelance writer and book critic based in Seattle. She can be found on Instagram @readrunsea and on Twitter @sarahmariewrote