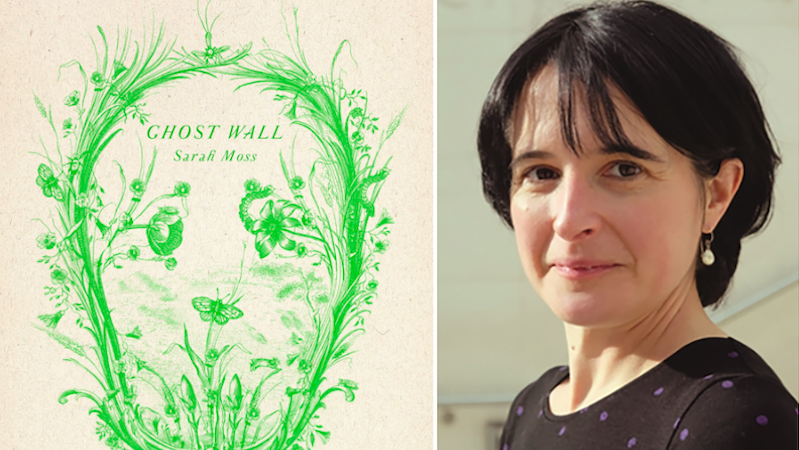 11 rapid-fire book recs from the author of Ghost Wall

This week, we spoke to spoke to Ghost Wall author Sarah Moss

Sarah Moss: Swallowdale by Arthur Ransome. And 30 years later my kids loved it too.

SM: In general I think most books worth reading once are worth re-reading. Austen comes round pretty often. I have a copy of Donne’s Holy Sonnets in my handbag in case of emergencies.

SM: Sharks in the Time of Saviors by Kawai Strong Washburn, a proof ahead of UK publication next year. It was fabulous.

SM: I give different books to different people, but I think all my friends now have Miriam Toews’ All My Puny Sorrows.

SM: I don’t hate Henry James and I hope I teach him well when it’s my job to do that, but I wouldn’t read any of his novels for fun.

SM: To be re-read: I was in the Museum of Literature Ireland in Dublin last month and remembered that it’s a long time since I read Kate O’Brien.

SM: Ice by Ulla-Lena Lundberg. It’s gentle and domestic and beautiful, and then it’s not.

SM: Toss up between Wolf Hall and any of Kathleen Jamie’s essays.

SM: Not many books survive A-levels, where you spend two years studying six texts. In French we did Molière’s Phèdre which taught me to respect literary constraint and not to be scared of reading old books in other languages, and in English King Lear, which will survive anything and is a pleasure to know very well.

SM: I’m having an Irish phase because I’m moving there in the summer. David Park’s Stone Kingdom, and I’ve just finished Ruth Gilligan’s The Butchers, and also a New Zealand phase because I’m just back from there, where I discovered Catherine Chidgey’s The Swing of the Pendulum and Becky Manawatu’s Aué.

SM: The Oxford Book of Poetry for Children, preferably the 1970s edition with all the dark and scary seventeenth-century poems. Keep the wolf far hence that’s foe to men, or with his nails he’ll dig it up again.

Sarah Moss was educated at Oxford University and is Professor of Creative Writing at the University of Warwick. Her books include the novels Cold Earth, Night Waking, Bodies of Light, and Signs for Lost Children, and the memoir Names for the Sea: Strangers in Iceland. 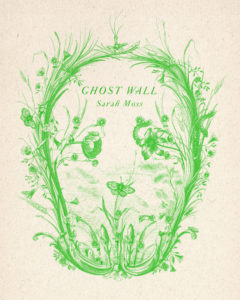 Sarah Moss’ Ghost Wall is out now in paperback from Farrar, Straus and Giroux