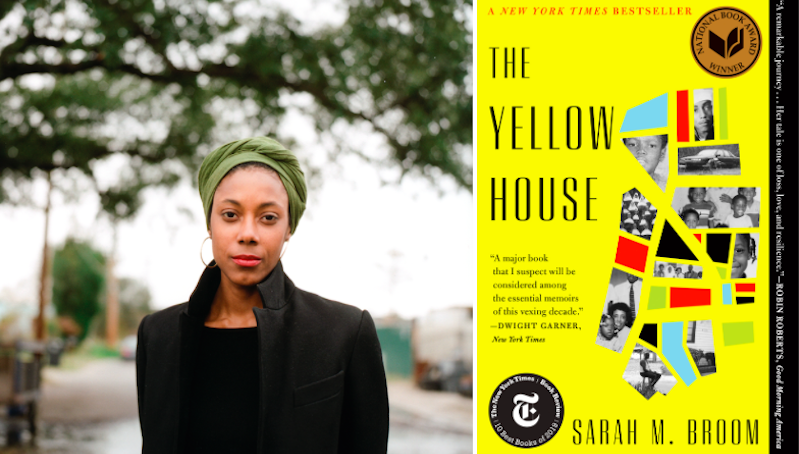 This week, we spoke to the National Book Award-winning author of The Yellow House, Sarah M. Broom.

Sarah M. Broom: Where the Sidewalk Ends by Shel Silverstein.

SB: One Hundred Years of Solitude by Gabriel García Marquez.

SB: Elizabeth Alexander’s The Light of the World, which narrated my journeys through Spain last December.

SB: I Live in Music by Ntozake Shange.

SB: Who’s Got Game? The Ant or The Grasshopper? by Toni Morrison and Slade Morrison.

Sarah M. Broom is a writer whose work has appeared in the New Yorker, New York Times Magazine, Oxford American, and O Magazine, among others. She is the recipient of the National Book Award for Nonfiction and the John Leonard Prize for Best First Book for her memoir, The Yellow House. A native New Orleanian, she received her Master’s in Journalism from the University of California, Berkeley in 2004. She was awarded a Whiting Foundation Creative Nonfiction Grant in 2016 and was a finalist for the New York Foundation for the Arts Fellowship in Creative Nonfiction in 2011. She has also been awarded fellowships at Djerassi Resident Artists Program and The MacDowell Colony. She lives in Harlem. 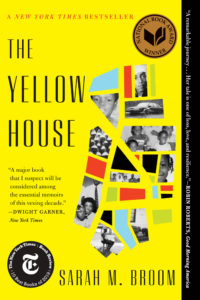 Sarah M. Broom’s The Yellow House is out now in paperback from Grove Press