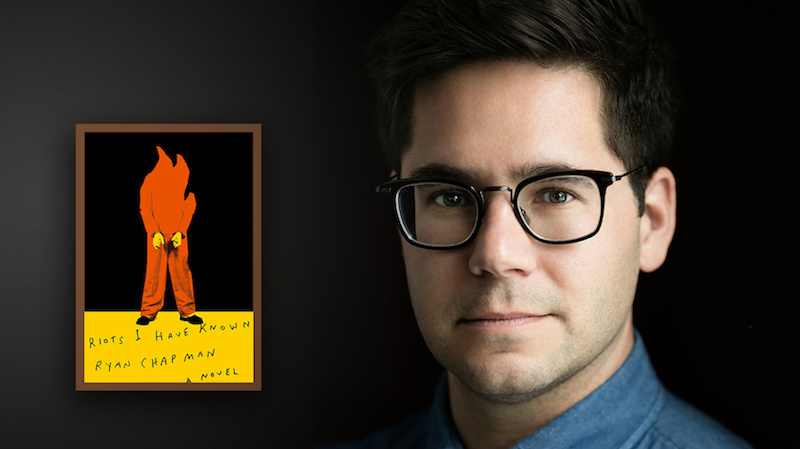 This week, we spoke to the author of Riots I Have Known, Ryan Chapman.

Ryan Chapman: Mark Leyner’s The Sugar Frosted Nutsack. Do not be put off by the title! It’s the most inventive, scabrous novel of the last ten years. And if I need a humanist pep talk, I return to one of Zadie Smith’s essay collections.

RC: This question feels like a trap, or an invitation for bald-faced pretension…

One second. *Walks away, downs some whiskey, returns*

RC: Everyone says Maggie Nelson’s The Argonauts. Everyone is right.

RC: This fall the Brooklyn-based publisher Wendy’s Subway issued The Odd Years by performance artist Morgan Bassichis, which collects their to-do lists from 2017 and 2019 (hence the title). Vaccine parties in 2021 should include recitations from its pages:

I wish I could buy copies for all my friends.

RC: Anything by James Baldwin.

RC: I don’t hate books, just people. Though I’ve never enjoyed Dickens, and it’s difficult to articulate why. Is it his emphasis on plot, which imbalances depth of character? Maybe. I love a good plot in mysteries and thrillers, but in Dickens it feels somehow adolescent. Relatedly, this explains my ambivalence toward The Secret History—I should have read it in high school.

RC: For exuberance, Garth Greenwell’s What Belongs to You. For tenacity, Philip Roth’s Sabbath’s Theater.

RC: Horacio Castellanos Moya’s Senselessness. A slim masterpiece on state corruption, individual complicity, and the function of art in the face of atrocity.

RC: Someone should give David Fincher a blank check to direct Donald Antrim’s The Hundred Brothers. Screenplay by Phoebe Waller-Bridge.

Ryan Chapman is a Sri Lankan-American writer originally from Minneapolis, Minnesota. His debut novel Riots I Have Known (Simon & Schuster) was longlisted for The Center for Fiction’s First Novel Prize, and named a best book of the year by Electric Literature and The Marshall Project. His writing has appeared in The New Yorker, The Guardian, GQ, Bookforum, McSweeney’s, Frieze, BOMB, The Believer, and The Brooklyn Rail, among other publications. He lives in Kingston, New York. 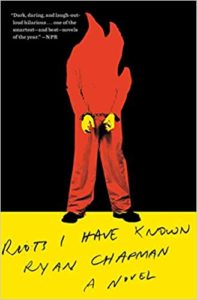