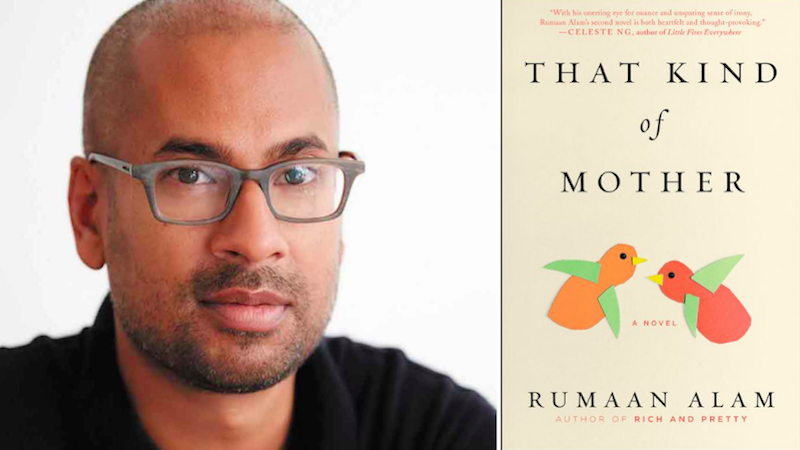 Rumaan Alam’s new novel, That Kind of Mother, has just been published by Ecco Press. We asked the novelist to talk about five books in his life and he chose the ones listed below, most of which are about motherhood. 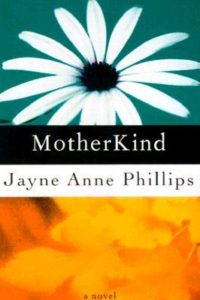 This novel explores those small quotidian details of daily life, the rhythm of motherhood and adulthood. It’s the kind of book that critics call “quiet” but seems very loud to me, very clear on its desire to talk about what it is to be a person, a woman, a mother, a daughter. Jayne Anne Phillips just writes so beautifully; she is a true artist.

Jane Ciabattari: How did you hear about Motherkind?

Rumaan Alam: I interviewed Jayne Anne for the Los Angeles Review of Books a few years ago, and took that opportunity to read through her body of work (I hate to be unprepared) and that book really stuck with me. She’s a remarkable writer generally, and those early short stories for which she is so justly celebrated remain worth reading, but the novels she went on to publish are also so interesting. My interview was upon the publication of Quiet Dell, and that’s a great book, quite chilling, really, yet Motherkind, comparatively so understated, got to me somehow. 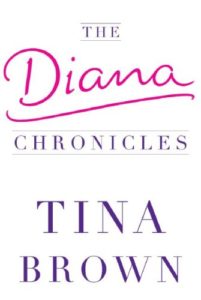 One of the great pleasures of writing a book set in the past was the opportunity to indulge in research, which is a great way to procrastinate but still feel virtuous. Tina Brown’s frothy assessment of Princess Diana—a person who looms over much of my book—was more pleasure than work.

JC: Did you find yourself also watching videos, films, documentaries, digging up news accounts? Or was Tina’s voice enough?

RA: Well, who doesn’t love Tina Brown? She’s such an interesting cultural phenomenon. I mostly skimmed the book to be honest, though Brown’s enthusiasm for the subject certainly helped me approach Diana from a place of respect and admiration and indeed fascination. And there is a treasure trove of media about Diana online. The film snippets in particular, which are all over YouTube, really depict a more innocent cultural moment. There is something very unscripted and unpolished about Diana’s earliest appearances on news programs and in that kind of footage. I watched video of her and Charles’s arrival at the White House (the night that she danced with John Travolta, which takes place in the world of my book.) and it’s very different than you might expect. It’s almost amateurish, and very intimate. 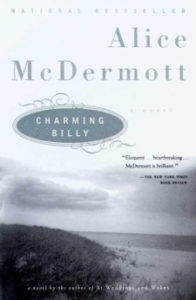 I’m lucky to have one of the smartest women I’ve ever known as an editor. After reading the first draft of my book (really it was the seventh; I spared her the first six), Megan Lynch sent me a copy of this novel. It may seem there’s no obvious relationship between McDermott’s lovely book and the one I ultimately wrote, but Megan (rightly) knew that I would learn something from seeing how a masterful writer tells a complex family story.

JC: Not to mention her superb understanding of Brooklyn, where you live.

RA: It was definitely edifying to read about a Brooklyn/New York now so wholly changed by money and demographic shifts. 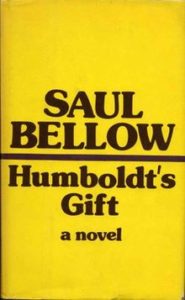 A few years ago, I knew, vaguely, that I wanted to write a novel about a poet. So I picked up Bellow’s masterpiece and fell so deeply in love with him that I spent the bulk of the next few months reading the rest of his oeuvre. His sentences and his erudition are astonishing, and I think this is his very best work.

JC: Humboldt’s Gift was an auto-fictional novel based in part on his relationship with Delmore Schwartz. Your narrator Rebecca, who gives birth in the opening scenes of That Kind of Mother and adopts a newborn not long after, is a working poet, who wins awards over the course of the years you focus on. Why write a novel about a poet?

RA: I don’t know why I wrote a book about a poet! I wanted to write about the collision between art and ambition and the duties of parenthood (that have historically mostly fallen to mothers). But I didn’t want to describe paintings or sculptures, and I don’t know enough about music to write about a musician or composer (though I did consider it). So I settled on a poet! I have a theory that every novelist secretly envies poets. 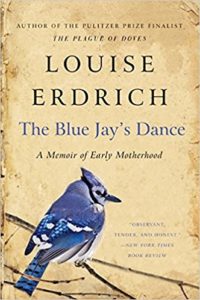 I came to this book while researching the author for a profile. Erdrich so indelibly captures her feelings about motherhood and art (and much more). I recognized that territory, having just explored it myself, but of course Erdrich does it a million times better than I ever could, because she’s a genius.

JC: The Blue Jay’s Dance isn’t one of her better known works, published in 1995 after the birth of her youngest daughter. Do you have a passage to share that shows her genius?

RA: “One day as I am holding baby and feeding her, I realize that this is exactly the state of mind and heart that so many male writers from Thomas Mann to James Joyce describe with yearning—the mystery of an epiphany, the sense of oceanic oneness, the great yes, the wholeness. There is also the sense of a self merged and at least temporarily erased—it is deathlike. I close my eyes and see Frost’s too peaceful snowy woods, but realize that this is also the most alive place I know—Blake’s gratified desire. These are the dark places in the big two-hearted river, where Hemingway’s Nick Adams won’t cast his line, the easeful death of the self of Keats’s nightingale. Perhaps we owe some of our most moving literature to men who didn’t understand that they wanted to be women nursing babies.”

Come on! This is emblematic, I think: Erdrich writes beautifully and she’s smart as hell and she’s gutsy too, gutsy enough to look at the canon, which largely ignores the question of maternity, and says, oh my quotidian experience as a mom is the very thing all art aspires to. What an insight, what a mind, what a writer.