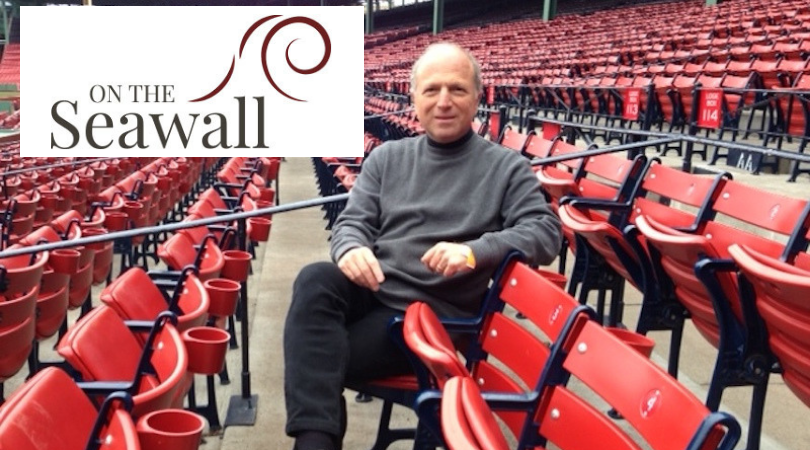 Ron Slate on Moby-Dick, Cane, and the Addiction to Visibility

"Most reviewers are either ill-equipped or unmotivated to strive beyond description, summation, and accolades."

This week we spoke to Massachusetts-based poet and critic, Ron Slate.

Ron Slate: I could name several classics that would have been exciting to review on publication. It would be even more wonderful now to travel back in time and discover a would-be classic that never came to light at all. Great books don’t need our defense. On the contrary, they defend us. But it would have been a pleasure to make a case for Melville and Moby-Dick or for Jean Toomer’s Cane if only to tweak the noses of those authors’ critics and antagonists. Both novels give the reviewer an opportunity to encourage readers to be adventurous and to question our standards and values by way of interrogating the canon and its fixed genres. Melville’s readers wanted more travelogue as in Typee; they lacked the imaginative freedom to accept Moby-Dick as a mash-up of travel book, cytology, Shakespearean tragedy, marine lyricism, and existential plunge. A reviewer can lead the way to freedom by describing how he/she responds to the language. In Toomer’s case, a reviewer would have had the opportunity to expand the notion of the avant-garde, expose readers to his materials and gestures, and disrupt the biased and scandalously incomplete perception of literary modernity.

RS: I’m a poet but in any given year I’m more responsive to some novels than to most poetry collections, and more responsive to some poetry collections than to most novels. Two of this year’s rarely mentioned novels—Beatriz Bracher’s I Didn’t Talk, translated from the Portuguese by Adam Morris (New Directions), and Hanne Orstavik’s Love, translated from the Norwegian by Martin Aitken (Archipelago)—swept me away with their lyricism, creative willfulness, mastery of mood, and in the case of Bracher, deft handling of desperate political material. As for unheralded poetry, I’ll name Evie Shockley’s semiautomatic and Lisa Wells’ The Fix.

RS: One of the biggest misconceptions about book critics in general is that they are critics. Most reviewers are either ill-equipped or unmotivated to strive beyond description, summation, and accolades. Often, this is enough to get a reader interested in buying a book, and that’s fine, too. (I’m drawn to reviewers who query their own responsiveness to a text, use language with flair and precision to indicate the source of their pleasure and/or agitation, and can indicate how a writer wields language to express the density, transcience, wispiness or fugitive nature of experience.)

One of the biggest misconceptions about criticism (and emphasizing standards in art) is that it distracts attention from, attempts to overshadow, or even subverts the political urgencies in the material.

RS: Social media is a highway for book culture in every respect—for soliciting material, publicizing titles and events, pronouncing approval and critique, hosting dialog, announcing news, and amplifying once-unheard or -ignored voices. As so-called mainstream venues cut back on book coverage, online ‘zines and blogs have flourished. However, the enthusiastic piling up of “likes” may be less an indication of dedicated readership than of quasi-fandom and the addiction to visibility. The creation and support of a community of engaged readers (vs drive-by hand-wavers) will probably always entail matters of taste, values, shared pleasure, and affiliation.

RS: No single critic runs ahead of the pack for me. In the newspapers, I’m most loyal to and convinced by Dwight Garner in the New York Times and Sam Sacks in the Wall Street Journal. There are several others I watch for in print including Michael Hofmann, Ange Mlinko, Dan Chiasson, and James Wood. But there are many more I read online.

Ron Slate hosts, edits and contributes to On The Seawall, a community gallery of new writing and commentary at www.ronslate.com. He is the author of two poetry collections, is a board member of The Massachusetts Foundation for the Humanities, and lives in Milton, MA.