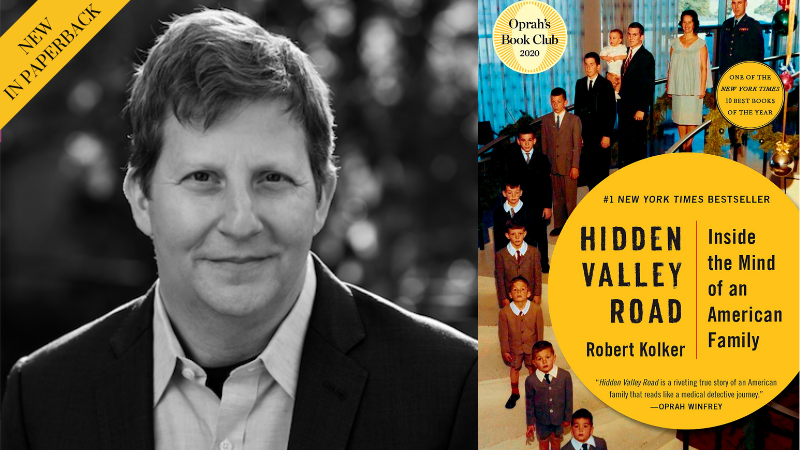 Robert Kolker on Song of Solomon, American Pastoral, and Hating The Hobbit

This week, we spoke to the author of Hidden Valley Road: Inside the Mind of an American Family (out now in paperback), Robert Kolker.

Robert Kolker: Shout!: The Beatles in Their Generation by Philip Norman. An early encounter with narrative nonfiction: I kept asking myself, how’d he know these things if he wasn’t there?

RK: The Trauma of Everyday Life by Mark Epstein. (For hard times.)

RK: One Flew Over the Cuckoo’s Nest by Ken Kesey. For better or worse, Hidden Valley Road actively resists treating mental illness as an on-ramp for a political and social argument the way Kesey does. And of course Philip Roth’s amazing American Pastoral; his tale of the collapse of a 20th century American family inspired me from the start.

RK: Random Family by Adrian Nicole LeBlanc. And Behind the Beautiful Forevers by Katherine Boo.

RK: But Beautiful by Geoff Dyer and before that A Thousand Acres by Jane Smiley.

RK: Gods of the Upper Air by Charles King. A revealing, surprising history of very important things about our culture that seemed to be hiding in plain sight.

RK: I got through two thirds of The Hobbit.

RK: A Prayer for Owen Meany by John Irving has a funny one.

RK: The Sound and the Fury by William Faulkner.

RK: The Sneetches and Other Stories by Dr. Seuss.

RK: Far From The Tree by Andrew Solomon.

Robert Kolker is the author of Hidden Valley Road, a nonfiction instant #1 New York Times best-seller and selection of Oprah’s Book Club that was named a Top Ten Book of the Year by the New York Times, the Washington Post, the Wall Street Journal, and Slate; one of the year’s best by NPR, the Boston Globe, the New York Post, and Amazon; the #1 book of the year by People; and one of President Barack Obama’s favorite books of 2020. His previous work includes Lost Girls, also a New York Times best-seller and New York Times Notable Book, and one of Slate’s best nonfiction books of the quarter century. He is a National Magazine Award finalist whose journalism has appeared in New York magazine, the New York Times Magazine, Bloomberg Businessweek, Wired, O, the Oprah Magazine, and The Marshall Project. 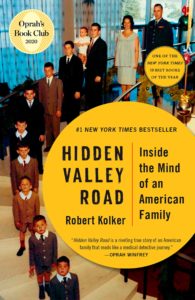