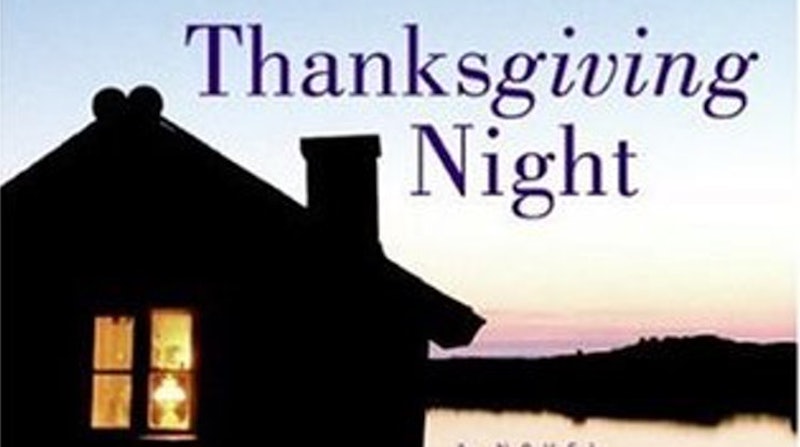 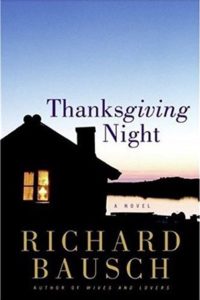 “An ‘old fashioned’ novelist is like someone hired to describe the world to a blind person. Characters created by such a writer are leisurely and thoroughly conveyed, as are the rooms they move around in and the larger landscape. Dialogue is never given short shrift; instead of engaging in abbreviated, representative conversations, people are given lots of chances to talk. The whole enterprise takes its sweet time, building toward some defining event, and by the end it attains that satisfying sensation known, for lack of a better word, as closure—so pleasurable, perhaps, in novels because it’s so rare in life.

In his new novel, Thanksgiving Night, Richard Bausch displays a bracing, unapologetically old-fashioned sensibilty. Using the time-honored tradition of putting a holiday in a strategic narrative position, he shows us the insular, byzantine world of a family and its assorted friends and neighbors in the fictional town of Point Royal, Va., on the way to the ‘last Thanksgiving of the century.’

“For all its alternately antic and sly humor, Bausch’s novel is also filled with sudden displays of emotion. When, for example, a policewoman helplessly tends to the survivors of a terrible car accident, she puts part of the man’s blanket over the woman’s shoulders. ‘The couple are enfolded,’ Bausch notes, ‘and the scene looks almost tranquil in the shifting light, a tableau of love huddled against the rain and the cold wind.’

Old-fashioned novelists tend to be generous, and Thanksgiving Night comes with broad swaths of detail, abundant quirks and lots of human suffering, as well as low-key lyricism. The actual story—or stories, really, because the novel includes many, encompassing familiar crises like affairs and life-threatening health problems as well as less familiar ones like Will’s daughter’s search for her long-lost mother and her subsequent lesbian relationship with the woman who helped in that search—somehow remains intact as the narrative shambles toward the Thanksgiving holiday.

Could Bausch have been a bit more parsimonious? Could he have left out a few of the minor citizens of Point Royal? Probably. And if he’d done so, his book would have been just as satisfying. Then again, Thanksgiving Night doesn’t suffer under the weight of its actual bounty. It’s as if Bausch had set out to create the biggest dining table he could find, then put everyone he could think of around it.”