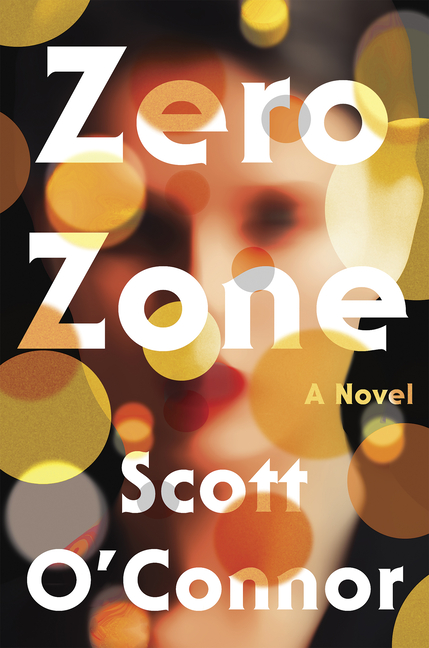 Jess Shepard is an installation artist who creates environments that focus on light and space, often leading to intense sensory experiences for visitors to her work. A run of critically lauded projects peaks with Zero Zone. But when a small group of travelers experiences what they perceive as a religious awakening inside Zero Zone, they barricade themselves in the installation until authorities are forced to intervene.

What The Reviewers Say
Rave Ron Charles,
The Washington Post
... a sophisticated thriller ... O’Connor has constructed the plot of Zero Zone as a kaleidoscope, frequently shattering the chronology of events and remixing the parts. That may sound baffling, but it’s compellingly done — a constant process of filling in context and meaning, solving some mysteries and raising others ... One of the challenges of writing fiction about a great artist is how to convincingly create the presence of artistic genius. For instance, if the novel is about a brilliant poet, sooner or later we’ll want to read some immortal verse. If, as in this case, the central character is a famous installation artist, we need to see some of those astonishing sites. Fortunately, O’Connor meets that burden. He provides alluring descriptions of Jess’s famous pieces ... I wish O’Connor hadn’t felt it necessary to give Tanner a gruesome skin disease that covers his entire body. At its best, that 'ugly equals evil' motif is a remnant of cheap fairy-tale propaganda. At its worst, it’s a pernicious moral equation that perpetuates prejudice against people with disfiguring conditions ... Aside from that misstep, though, Zero Zone is an engaging reflection on the function of art and the responsibilities of the artist. Following these characters along their circuitous routes offers a rare chance to consider the risks that great creators take when they try to inspire us to action — but not too much.
Read Full Review >>
Rave Mari Carlson,
BookPage
The liminal space between art, artist and audience takes an unexpected, beautiful and haunting form in Scott O’Connor’s masterful Zero Zone, which brings to light the intangible thoughts and feelings swirling around an interactive art installation in the desert ... An intimate experience of art from the inside out, Zero Zone raises questions about to whom art belongs: its creator or its recipients. Untangling the web of answers makes for a tantalizing inquiry.
Read Full Review >>
Rave Hank Stephenson,
Shelf Awareness
... sets itself apart from the literary thriller pack thanks to its highly original premise and empathetic range ... O'Connor once again plumbs the depths of trauma with careful attention to psychological detail ... O'Connor excels at sympathetically depicting the extremes of human thought, building careful psychological portraits of characters yearning for something like transcendence ... O'Connor takes care not to paint anyone as an uncomplicated villain, an approach that pays off as the novel becomes a reflection on forgiveness, letting go of the past and healing ... While it builds to a suitably harrowing climax, Zero Zone quickly reveals itself to be a meditation on art in the body of a thriller.
Read Full Review >>
See All Reviews >>
SIMILAR BOOKS
Fiction

The Devil Takes You Home
Gabino Iglesias
Positive
What did you think of Zero Zone?
© LitHub | Privacy