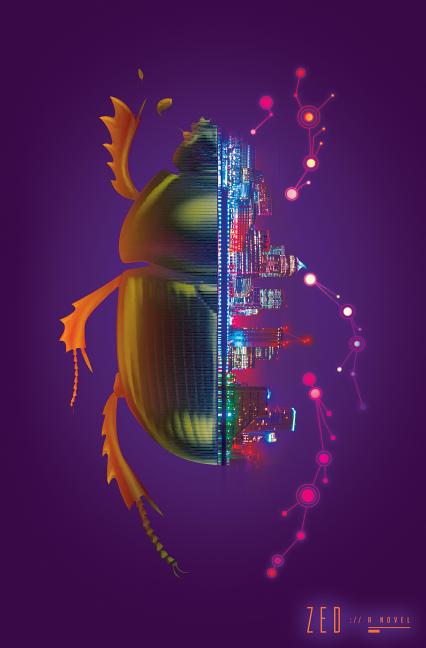 From the winner of the Orange Award for New Writing comes a satirical novel about life under a global media and tech corporation that knows exactly what we think, what we want, and what we do—before we do.

What The Reviewers Say
Rave Anthony Cummins,
The Observer (UK)
In terms of its stylistic innovations, Zed is a tour de force ... works on the level of syntax, as language, grammar and meaning are compromised by the machines and their human controllers. [Kavenna] creates almost a poetics of tautology ... a nuanced, metatextual novel; an investigation into the erasure of language and agency in which the numerous literary reference ... There is a Dickensian quality to it ... There is a giddying quality to the prose, as the reader is steered through a maze of reproductions, seeking the unique ... a novel that takes our strange, hall-of-mirrors times very seriously indeed. It is a work of delirious genius.
Read Full Review >>
Rave Shona Elliott,
The Scotsman (UK)
Kavenna deserves high praise for originality as well as the energy and humour of her writing. In 367 pages she manages to paint a picture of a world terrifyingly similar to our own and provides a witty and horrifyingly relevant account of just how much technology can control the world if we let it ... provides an interesting and accurate insight into the power and problems of algorithms and asks important questions about how they impact on the value we place on humanity ... Kavenna’s book is full of dark humour and provides refreshingly frank social commentary with a distinctly Orwellian flavour. Clever, funny and incredibly readable.
Read Full Review >>
Rave Ian Mond,
Locus
... a novel that takes seriously the age-old problem of free will. Not only does Kavenna pause the narrative to describe the difference between free will and determinism, she also dives deep into the theoretical waters of quantum phys­ics and entanglement ... Kavenna’s position won’t convince a die-hard materialist who believes that free will is a farce, that biology dictates our actions, and that spontaneity is an illusion, but as someone who wrote his honours’ thesis (three decades ago) on this very topic, I geeked-out at Kavenna’s bold and modern re-framing of the problem ... If that all seems a little too airy-fairy, fear not, with a deadpan sense of humour and an eye for the absurd, Kavenna eviscerates the tech-industry’s utopian (libertarian) dream that we can code our way to a better future ... It’s easy for a satirical novel like Zed to treats its characters as caricatures rather than well-rounded people. And to an extent that’s the case with Guy Matthias, a Zuckerberg or Dorsey stripped of whatever conscience those two men still pos­sess. However, the rest of the cast is fleshed out ... a fascinating study on the question of free will, a castigating attack on the twisted uto­pian vision of Silicon Valley, and a cautionary tale of what will happen if we fail to regulate these corporate monoliths.
Read Full Review >>
See All Reviews >>
SIMILAR BOOKS
Fiction

Nona the Ninth
Tamsyn Muir
Positive
What did you think of Zed?
© LitHub | Privacy