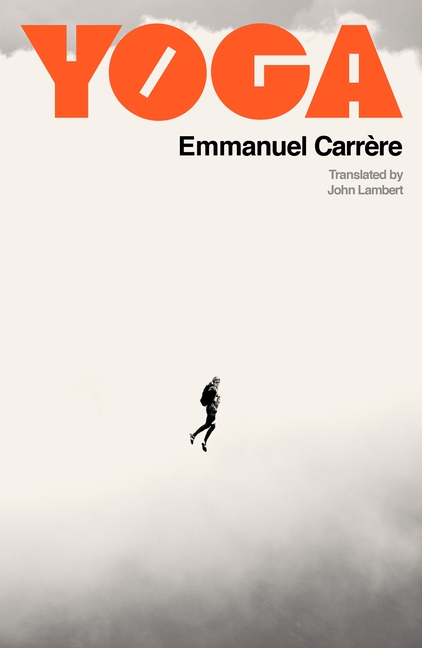 Emmanuel Carrère is a renowned writer. After decades of emotional upheaval, he has begun to live successfully―he is healthy; he works; he loves. He practices meditation, striving to observe the world without evaluating it. Then, he returns to a Paris in crisis. His work-in-progress falters. His marriage begins to unravel. He wavers between opposites―between self-destruction and self-control; sanity and madness; elation and despair. The story he has told about himself falls away. And still, he continues to live.

What The Reviewers Say
Rave Sheila Glaser,
The New York Times Book Review
Even as Carrère regards his own meditation practice with ironic detachment, he has a genuine feeling for his tai chi and Iyengar masters. He gnaws at that contradiction in ways that bear, with humor and wit, on his own literary project ... Like tai chi, Carrère’s confessional mode of writing, deftly captured here in John Lambert’s translation, demands that he move 'as slowly and as fast' as he can — 'to meditate, and to kill' ... Carrère’s gift is to relate all this with the intimacy of a diarist. His books, associative and digressive, move with ease between observer and participant, between small, recollected moments and incommensurable realities. In exploring his own consciousness, he seems also to explore ours ... The absence of his wife goes some way toward explaining one of the weaknesses of the book: The women in it are mainly outlines, which he fills in with his desires or his needs. If his depictions at times ring false, so too do some of the story lines required by the fictive turn Yoga takes ... Accustomed to feeling as if we are in intimate dialogue with Carrère, we can’t help wondering what he held back. At the same time, he suggests, if we sometimes gin up stories (as the migrants may have done), it may simply be because the ones we long to tell cannot be made accessible to others. Our suffering is no less horrible, our moments of lucidity no less hard-earned.
Read Full Review >>
Rave Rob Doyle,
The Observer (UK)
... what makes it a Carrère book – and what makes me look forward to them so keenly – is his way of telling it, the trademark blend of extreme exhibitionism and digressive interest. His skill in constructing a narrative from disparate materials is exceptional, with all manner of insights, anecdotes and conjectures stacked up like hoops around the long slender 'I'. One minute you’re observing him in a drunken rave-up to a Chopin polonaise with an American woman, the next he’s retelling a science-fiction story he read as a teenager – the beat never falters. It is relentlessly interesting ... Carrère’s books are wantonly self-referential. Meditation, jihad in France and refugees are all secondary to the writer’s true subjects of being Emmanuel Carrère and the writing and reception of his previous books (he even quotes one of them at length). It’s not so much self-karaoke as self-cannibalism, with Carrère’s past work continually offering him a way forward ... There is little point in accusing Carrère of vanity and narcissism when he is so upfront about these writerly vices, and yet he confesses to them so energetically that even the self-criticism comes to seem an aspect of that narcissism ... The book’s ending on a rote – and, it seemed to me, delusive – note of hopefulness left me suspended in the ambivalence his books typically induce. Carrère’s body of work now strikes me as the product of a devil’s bargain wherein he keeps offering up everything, including his soul, to become a great writer – but even this, his becoming known as one who sacrificed it all for literature, is written into the fine print, a subclause in his diabolical vanity. All of which is not necessarily to denigrate what he’s doing. In a sense, his faintly sinister agenda is a testament to the resilience of the writer, of writing – a protective existential casing wherein even ardent pain can be rendered comfortable, can be material.
Read Full Review >>
Rave Sam Byers,
The Guardian (UK)
Initially, that 'conversational tone' feels almost flippant. Apparently uninterested in differentiation, Carrère blitzes 'eastern' thought into a distinctly beige stew ... Now Carrère’s need to inhale becomes not appropriative, but pained and poignant. Alienated from the person he thought he was, he tries to breathe himself back in ... From its deceptively glib beginnings, through the shocks and catastrophes that shake it, Yoga’s inexorable emotional arc has been obvious. And yet still the force of its final third, in which a fragile, agonisingly unhealed Carrère fills his psychic wound with the wounds of others, borders on the unbearable ... In Carrère’s helplessness, his stunned inadequacy, we finally see what he has offered us: not a self-portrait, but a collective one. Here, anatomised, is the white western capitalist everyman – wandering the aisles of the spiritual supermarket, shopping for garishly packaged bliss, in terror of a threat from without, blind to the threat from within, and wholly, tragically incapable of incorporating into his reality the very subject of all the diluted eastern spirituality with which he is so enamoured: the truth of suffering, the crushing inevitability of loss ... Carrère offers no easy answers. He doesn’t need to. His singular, ever-expanding work, in which one pain need never obscure another, in which truths and half-truths are held not in opposition but in delicate, precarious balance, is an answer in itself.
Read Full Review >>
See All Reviews >>
SIMILAR BOOKS
Memoir

All of This: A Memoir of Death and Desire
Rebecca Woolf
Positive
Film & TV 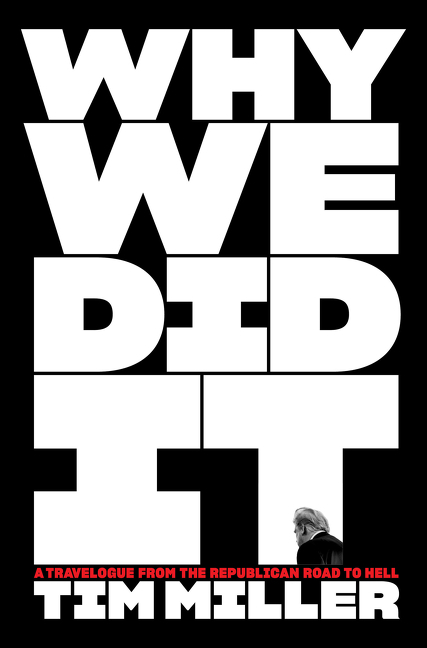 Who Is Wellness For?: An Examination of Wellness…
Fariha Roisin
Positive
What did you think of Yoga?
© LitHub | Privacy