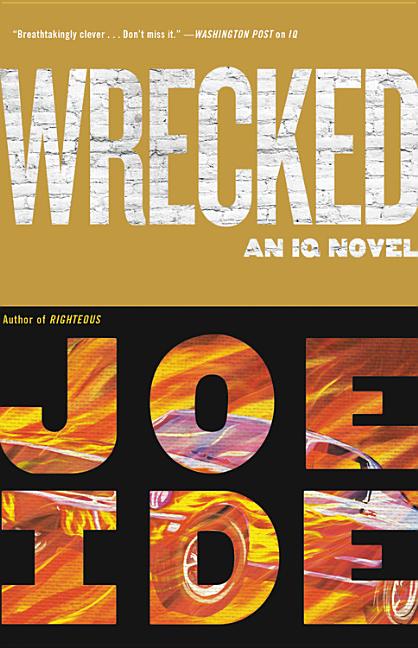 Isaiah Quintabe--IQ for short--has never been more successful, or felt more alone. A series of high-profile wins in his hometown of East Long Beach have made him so notorious that he can hardly go to the corner store without being recognized. So when a young painter approaches IQ for help tracking down her missing mother, it's not just the case Isaiah's looking for, but the human connection.

What The Reviewers Say
Rave Bill Ott,
Booklist
Once again, Ide brilliantly combines caper-style comedy with real-world violence and more than a dollop of complex human relationships, the kind that too often lead to mess and muddle rather than happily-ever-aftering. If you haven’t discovered this series yet, remedial action is required immediately.
Read Full Review >>
Mixed Janet Maslin,
The New York Times Books
Wrecked is not the best place to jump into this series, but these books are written in sequence, and you skip one at your peril ... The third book in his blazing IQ series, Wreked is less cerebral and more breathless than its predecessors ... There are lots of cinematic chases ... No matter how well such things are described, though, they’ll be more fun to watch than they are to read about ... Wrecked fares much better in its small details.
Read Full Review >>
Positive Patrick Anderson,
The Washington Post
Ide delights in injecting moments of humor into his tale of crime and violence ... If I had any complaint about Wrecked it was that its abundance of characters and subplots sometimes felt like too much of a good thing. But I came to accept Ide’s excesses as the result of his ambition, his urge to share all that he has seen and felt and known ... With Wrecked, Ide confirms that he’s among the most original new voices in today’s crime fiction.
Read Full Review >>
See All Reviews >>
SIMILAR BOOKS
Fiction

The Every
Dave Eggers
Mixed
What did you think of Wrecked?
© LitHub | Privacy