Woman: The American History of an Idea 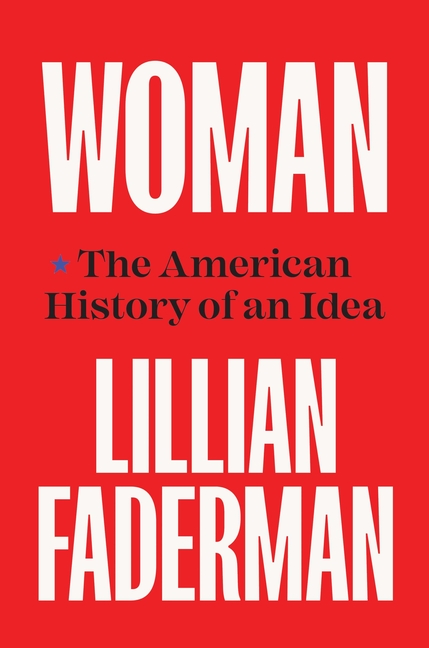 One of the nation's pre-eminent lesbian feminist scholars offers a sweeping history of the struggle to define womanhood in America, from the 17th to the 21st-century

What The Reviewers Say
Mixed Alexandra Jacobs,
The New York Times Book Review
... an ambitious attempt to delineate nothing less than the changing state of being female in this country over the past four centuries. Woman is exhaustively researched and finely written, with more than 100 pages of endnotes ... dense with people and events, covering everything from Puritan poets to the pill to Mr. and Mrs. Potato Head...it doesn’t really sink into the psyche as one might expect, given that Faderman is one of the pre-eminent L.G.B.T.Q. scholars of our time—recognizing that not many were permitted to exist in previous times. It’s kind of a Gyncyclopedia Britannica in a Wiki, tricky world of identity politics: impressive but not essential ... Describing the various horrors visited upon the women of America, particularly Indigenous and enslaved ones, Faderman doesn’t flinch ... There are many moments of understated levity, though, from history’s lesser insults ... Any newspaper editor in 2022 could tell you that it’s gender o’clock in America ... to omit a discussion of 'trans-exclusionary radical feminists'—an insult lobbed at J.K. Rowling, among others—seems notable, if understandable ... Its bouquet is carefully gathered, wide-ranging, inoffensive, in a field that could actually use some stink bombs.
Read Full Review >>
Mixed Sophie Lewis,
The Baffler
... enslaved women are not named in Faderman’s history ... Indigenous womanhoods, too—or rather, female Indigenous people upon whom colonists inscribed 'woman'-hood by force—feature in Faderman’s early narrative insofar as various tribes’ matriarchal customs and creation stories are described. But there are very few named Indigenous people in the text ... my sense is that she is hamstrung by an unwieldy uncertainty as to why reduction to woman is still happening, and in particular why women are (still) doing it to themselves ... Despite failing to supply a theory of why woman-ization is imposed on populations (and her fondness for 1970s lesbian separatism), Faderman on the whole does not pretend that men alone—or even white, ruling-class men alone—are responsible ... Some of the strongest sections of this history are those that expose the hypocrisy of bourgeois flappers and 'New Women' (such as Rheta Childe Dorr) whose feminism translated into deeply classist, whorephobic Lady Bountiful-style initiatives to rescue working girls from the lure of prostitution, even as they claimed for themselves the right to sexual libertinism. Faderman has managed surprisingly well to integrate an account of this ever-present fifth column into her hugely ambitious feminist battle-epic ... the experience of reading Woman...is, ultimately, dissatisfying ... Faderman explicitly goes out of her way to undermine a movement—to abolish policing, to give no quarter to attempts to pinkwash the police—that is disproportionately spearheaded by proletarian Black trans women whose experience at the hands of the police has undergone no such transformation ... As a historian, Faderman does not question the legitimacy of the U.S. settler-colony, nor does she delve deeply into the function of its carceral apparatus. And while her approach to sexual identity...is wonderfully anti-essentialist, her social constructionism unfortunately does not extend as far as the cis/trans distinction, or, for that matter, to classes or markets ... Faderman’s gender history, while spiritedly horny, is nonetheless unabashedly homonormative, oriented toward inclusion rather than, you know, revolution.
Read Full Review >>
Positive CLAIRE POTTER,
LIBER
... a somewhat conventional women’s history survey from the sixteenth century to the present, and I mean that in a nice way. It is written with grace and style, reintroducing characters long familiar to devotees of women’s history ... Instead of telling us what or who a woman is, Faderman shows us how different Americans have inhabited that position and sought to define themselves. By doing this, she offers the possibility of reconciling the competing interests of queer, trans, and “gender-critical” feminists by positioning woman as an idea that can be debated but not fully articulated or attained ... A historian to the core, Faderman consistently urges the reader to navigate these stories with questions: What is at stake here? And for whom? Some readers will surely object to Faderman’s notion that woman is just an idea, although a powerful one. But this formulation may be the only way forward, not just for women’s history but for the many, sometimes antagonistic bodies making claims on the category of woman and using those claims to restrict the full humanity of those who identify with it.
See All Reviews >>
What did you think of Woman: The American History of an Idea?
© LitHub | Privacy